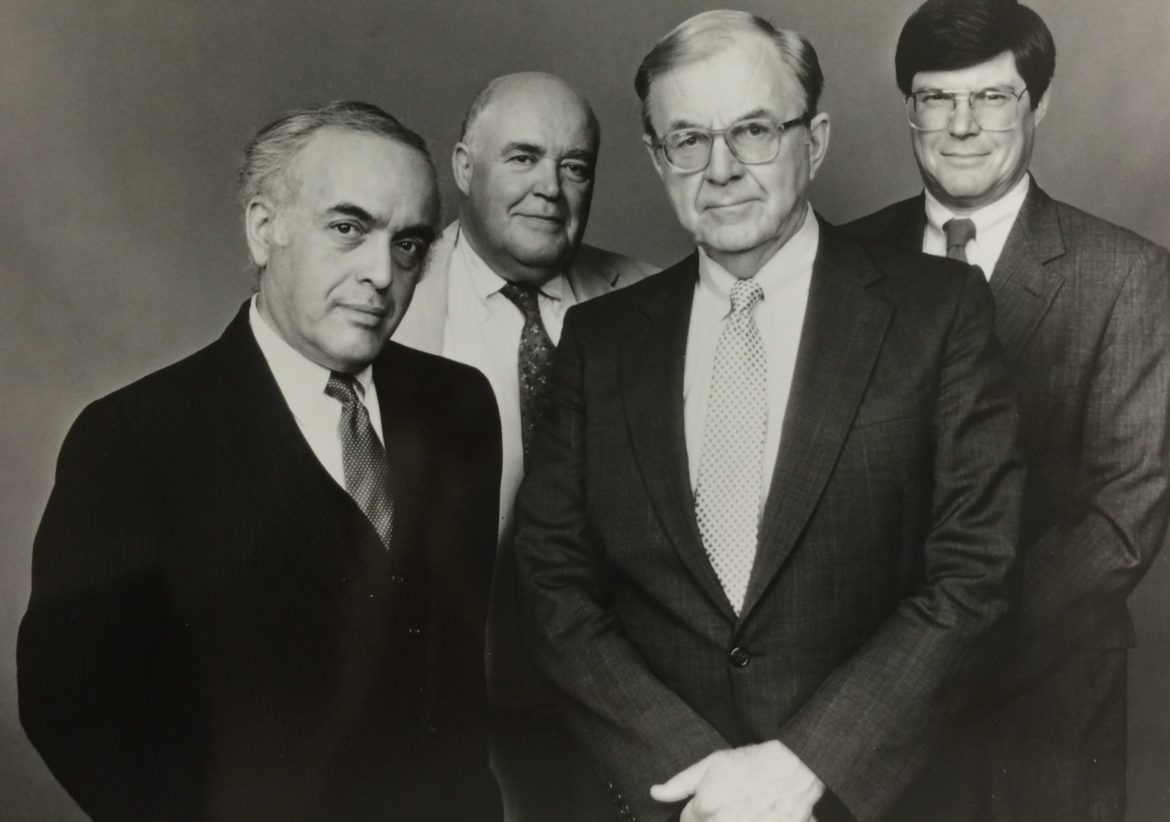 John McLaughlin, veteran host of the public television political roundtable The McLaughlin Group for 34 years, died Tuesday at his home in Virginia. He was 89.

Journalist Eleanor Clift, a longtime guest on the program, said McLaughlin died of prostate cancer “that was diagnosed some time ago and that had spread.”

Dan Schmidt, president of McLaughlin presenting station WTTW in Chicago, said in a statement that McLaughlin “was a personal friend and his show, which has attracted a loyal audience for more than 30 years, is emblematic of public media’s dedication to political commentary and discussion.”

A WTTW spokesperson said producers have not yet informed the station about plans for the program.

The McLaughlin Group, which premiered in 1982, is widely credited for being the first raucous, fast-paced public affairs discussion roundtable — a genre now commonplace across networks and channels. As host, McLaughlin “created such a high-octane atmosphere that there was no time for hemming and hawing, or for pretending to be fairer than you felt,” Clift wrote. “You had to blurt out what you actually thought before you got cut off.”

The program soon became routine viewing not only for public TV viewers but for the power elite in Washington, D.C., as well. At a 1985 reception for the show, President Reagan told the crowd, “John took a simple Sunday morning discussion format out of the issues of our day and, using the insight, skill, and great humility that have become his trademarks, managed to turn it into a political version of Animal House.”

Prior to his broadcasting career, McLaughlin served as a speechwriter and special assistant to Presidents Nixon and Ford.

The McLaughlin Group posted news of his death Tuesday on its Facebook page. “As a former jesuit [sic] priest, teacher, pundit and news host, John touched many lives,” the statement said. “For 34 years, The McLaughlin Group informed millions of Americans. Now he has said bye bye for the last time, to rejoin his beloved dog, Oliver, in heaven.” McLaughlin’s company Oliver Productions is named after the basset hound who was his constant companion during the 1970s.

The Washington Post said McLaughlin “taught America how to argue about politics. Which is to say, with short, sharp jabs, and often at high volume.” Bloomberg compiled a video highlight reel (caption: “On a probability scale of zero to ten, zero being not at all, ten being metaphysical absolute certitude, how much will you miss John McLaughlin?”)

MarketWatch also notes that McLaughlin was adept at economic forecasting.

McLaughlin’s bio hints that he was proud of his place in pop culture, as he was “frequently called upon to make guest appearances on a variety of local and nationally aired radio and television programs as well as major motion picture films, among them, Dave, Mission Impossible and Independence Day.” Dana Carvey also did a hilarious McLaughlin imitation on Saturday Night Live.

In 2008, PRI’s Fair Game got rocker Andrew W.K. to set an exchange between McLaughlin and Pat Buchanan to music. Artist Scott Bateman animated the song.