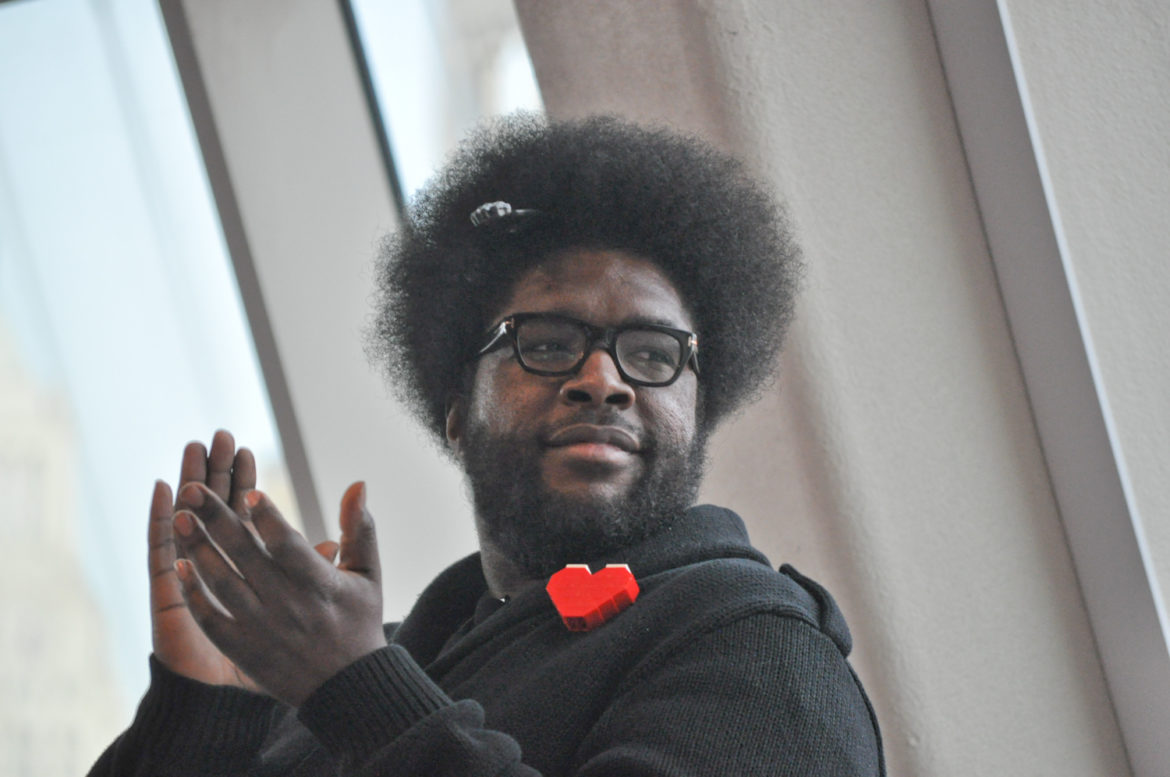 Kelly McCullough is stepping down as general manager of Arizona PBS July 31.

“I’ve been thinking about a new adventure for some time now,” he wrote in an email to colleagues. “After taking some time off this summer, I plan to launch a new partnership this fall, still working largely in the public media space.”

McCullough joined the Phoenix station 13 years ago as associate g.m. of marketing and development, rising to g.m. in 2008.

He is co-chair of the Public Television Major Market Group Interactive Media committee, has served on the advisory committee of the Contributor Development Partnership and works on the Affinity Group Coalition Revenue Committee.

Musician and entrepreneur Questlove has joined the board of trustees for New York Public Radio.

“When I’m not listening to music, I’m listening to WNYC,” Questlove said in a June 30 release.  “It’s a place where all New Yorkers can come together as a community to feel like they belong.”

He is musical director for The Tonight Show Starring Jimmy Fallon and co-founder of The Roots.

Journalist Ken Cooper, formerly with the Boston Globe and Washington Post, joined the WGBH Newsroom July 5 as its first “Editor in Residence.”

Over the next three months, Cooper is working with the news staff to generate story ideas; source, shape and edit content; and plan and critique stories across platforms. Cooper has more than four decades of experience reporting and editing coverage of politics, local and foreign governments, social policy and higher education.

In 1984, he shared a Pulitzer Prize for special local reporting on institutional racism in Boston. He was named national editor at the Globe in September 2001.

Soterios Johnson, local Morning Edition host on WNYC, is leaving at the end of August to direct humanities, arts and cultural partnerships at the University of California, Davis. The move allows Johnson to join his husband, who has been in California since December 2014, WNYC EVP and Chief Content Officer Dean Cappello told colleagues in an email. Johnson arrived at the New York City station in 1993. His previous experience includes producing for Newsweek On Air, the weekly news magazine’s radio service.

Caitlin Dickerson, an investigative reporter at NPR, is leaving later this month to join the national desk at the New York Times. Starting in September, “I’ll be part of a new Times vertical looking at stories related to race,” she told Current. Dickerson arrived at NPR in 2011 as a producer and editor on Morning Edition and Weekend Edition.

Journalist Leoneda Inge is the first race and Southern culture reporter at WUNC in Chapel Hill, N.C. She will write about income, health, food, education and racial identity. News Director Brent Wolfe said the job “is one of the few full-time, station-based beats devoted to covering issues important to communities of color, and the only such position based at a public radio station in the South.” For the past 15 years Inge has worked as WUNC’s Changing Economy Reporter, covering the state’s declining textile, furniture and tobacco industries and its growth as a tech and banking hub. She has received three Gracie Awards from The Alliance for Women in Media and other honors from The Associated Press, the National Association of Black Journalists and the Radio Television Digital News Association.

Media executive Terry O’Reilly takes over as president of Pittsburgh Community Broadcasting Corporation Aug. 1. The organization runs WYEP and WESA, which previously broadcast as WDUQ until its 2011 sale. Since 2009 O’Reilly was s.v.p. and chief content officer at Twin Cities PBS in Minneapolis. Previously, he spent three decades in commercial television including senior positions at ReelzChannel and The Weather Channel.

Allison Fox, who has handled press releases and grant writing at WCTE in Cookeville, Tenn., since 2013, begins a new job next week as a community development planner at the Upper Cumberland Development District. She’ll be working with communities throughout the region on various development projects. Matt Brown, marketing assistant, will take over distribution of media releases.

Producer Lisa Tobin has joined the New York Times as executive producer for audio. For the past several years she’s developed new digital projects at WBUR in Boston, including the Modern Love podcast, a joint project with the Times. She also helped create Audiofiles, a database of audio storytelling.

Former NPR Digital Strategist Melody Joy Kramer joins Wikimedia Aug. 1 as senior audience development manager. In a blog post, Kramer said she’ll be working on “audience growth and engagement and strategy and communications and product and experiments,” among other tasks. Since early 2015 Kramer has worked at 18F, a digital skunkworks within the federal government.

Bruce Theriault, who recently retired as CPB’s s.v.p. for journalism and radio, is one of four directors elected June 16 to the board of the Institute for Nonprofit News. Since his departure in May he has been president of Bolder Strategies, a management consulting firm for nonprofit public media organizations. Also new to the board: Steve Beatty, editor of The Lens in New Orleans; Lee Keough, founder and editor-in-chief of NJ Spotlight; and Norberto Santana Jr., founder and publisher of the Voice of Orange County (Calif.). Anne Galloway, founder and editor of VTDigger.org, was re-elected.

Tonya Crum is the new senior director of education at KET in Lexington, Ky. Crum was formerly the station’s director of adult education and workforce development. Before joining KET in 2003, she was a professional development consultant and training and development coordinator for Kentucky Adult Education. Crum succeeds Nancy Carpenter, who retired.

One thought on “Phoenix GM resigns, Questlove joins WNYC board, and other comings and goings in public media”