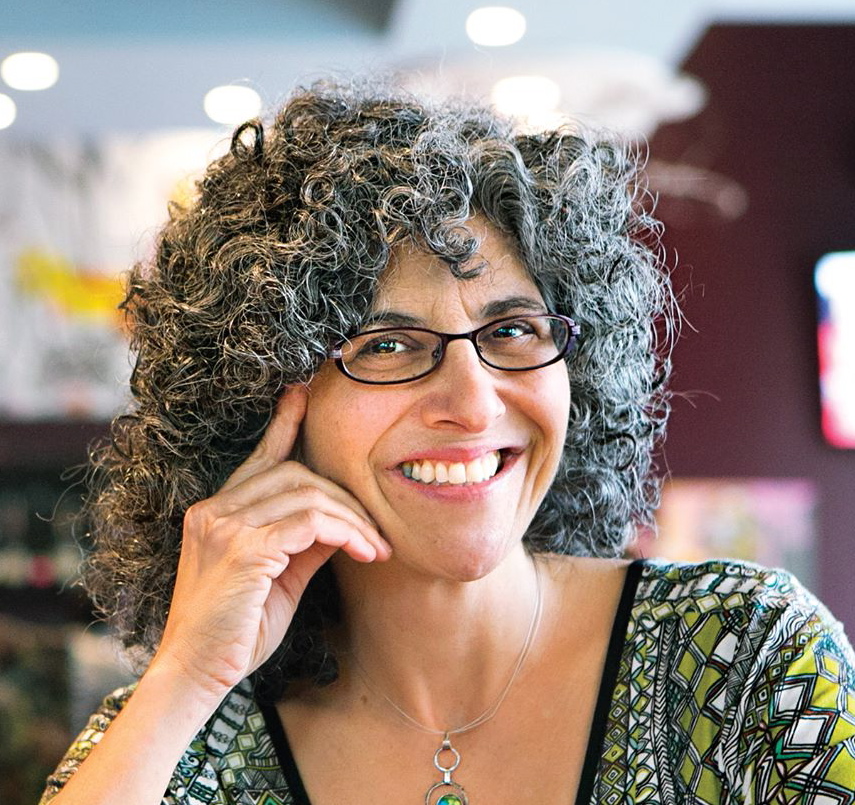 This package of special coverage about diversity in public media has been a year and a half in the making. It is the result of introspection, research, brainstorming, outreach, planning and reporting. For Current, it reflects our aspirations for our journalism and for the public media system itself.

Before I started here as executive director, I collaborated with the Aspen Institute to convene a meeting to explore the intersection of race and journalism. That gathering, held at Aspen’s Wye River campus in December 2014, was funded by the Annie E. Casey Foundation. Award-winning journalists and editors from the nation’s top newspapers were there, along with many prominent public media people: Maria Hinojosa, Keith Woods, J.J. Yore, Bruce Koon, Ray Suarez, Al Letson, Joaquin Alvarado, Eric Deggans, Alana Casanova-Burgess and A.C. Valdez.

Our discussions over two days were frank, painful and hopeful. It became clear that everyone in the room took personal responsibility for being or creating the media they wish to see in the world. (Read the final report.)

When I began working with Current’s editorial team a month later, I initiated a conversation about what we could do to deepen ­— perhaps lead — a dialogue about diversity in public media. I wanted Current to produce provocative coverage that would motivate people to remake public media to look and sound more like America.

To me this is not just a moral imperative (as in the right thing to do); it’s about ensuring the relevance, value and sustainability of public media in a nation undergoing seismic demographic and political changes. And diversity is our shared mission, as written in the Public Broadcasting Act.

I turned to the Annie E. Casey Foundation for a small grant to help fund production of this special coverage, and to support its wider distribution to public media, universities, foundations and attendees of the joint conventions of the national associations of black and Hispanic journalists next month. For the first time, Current will be present at the NABJ/NAHJ conference, in a space in the exhibit hall that’s being designated as “Public Media Village” because it’s dedicated to promoting public media careers. NPR has led the effort to create and coordinate that space, where Current will shoot video and interview journalists of color about why they work in public media, or why they don’t.

We also turned to CPB to request data. Those of us who attend conferences know very well the “unbearable” whiteness of public media, but we wanted to see what employment looked like across the system. At this year’s PBS Annual Meeting, Current Managing Editor Karen Everhart and I met with nearly every chief executive and general manager of color to learn about their experiences working in the field. Many have grown weary of being among the few African-Americans, Latinos and Asian-American executives in a system that calls itself public media. Local stations and national organizations can do better, and they must.

CPB provided data showing public media workforce demographics over five years, so the editorial team could analyze hiring trends in various job categories at public radio and TV stations. The data showed very little change, and that a significant portion of minority employment in the system is attributable to minority-operated stations. But the data did not answer this burning question: Besides the black and Latino “-owned” stations ­largely staffed by people of color, which stations in our system are doing best when it comes to racial diversity?

We wanted to identify broadcasters with the most diverse staffs so that we could shine a spotlight on them and report on how they recruit and retain employees, how they engage audiences of color and the impact of diverse staffing on their service to their communities. We have talked with leadership at several stations, and plan more coverage of their efforts, but hope to find more examples.

What are you doing to ensure that your station or organization reaches beyond the core audience into diverse communities? We want to hear directly from you.

StoryCorps, a project that amplifies the voices of the broadest swath of Americans, has made great progress in building a staff that truly reflects this mission. Jill Goldsmith’s feature story explains how Dave Isay and Donna Galeno accomplished that over the last decade. StoryCorps is an example of what is possible when diversity is a top priority and a measure of success.

But does that example hold for the rest of public media? Here’s the $400 million dollar question system leaders must confront: Do institutions that don’t reflect and serve diverse local audiences deserve federal investment? Or should diversity metrics and efforts be considered in CPB’s formula for Community Service Grants?

What do you think? What are you doing to ensure that your station or organization reaches beyond the core audience into diverse communities? Which strategies are working? We want to hear directly from you.

This is our most comprehensive dive into diversity, an issue of urgent importance to public media. We know there are many more stories to surface and report. We couldn’t include everyone we talked to or report on every diversity-focused program initiative that was pitched to us, but we intend to expand our reporting online and invite your story ideas, commentaries and feedback.

And as you think about how this coverage can inform and shape the work you’re doing, consider ordering additional copies for your staff and board of directors. Perhaps our reporting will provide resources and inspiration for you to develop a diversity strategy with goals and benchmarks and public accountability. We hope you will share these plans with Current, so that we can do our part to help move the system forward.

We’re in this together.

12 thoughts on “A letter from our executive director”