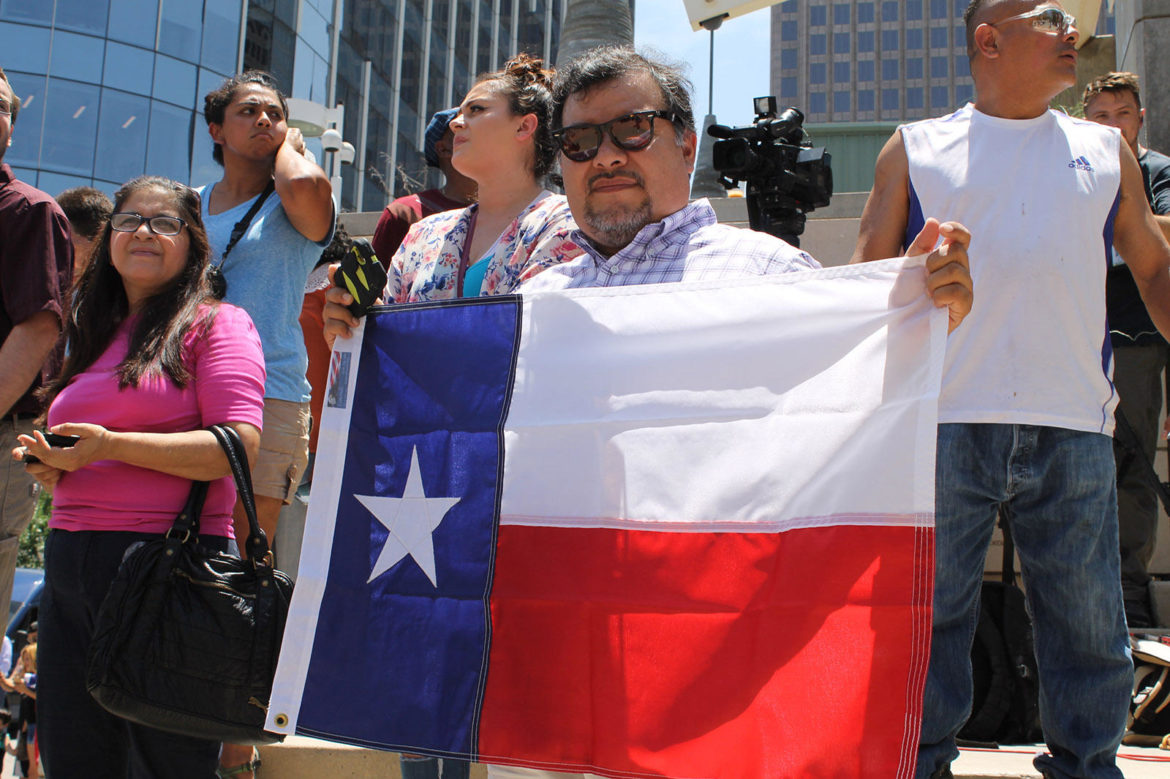 KERA staffers were returning from a colleague’s wedding 50 miles outside of Dallas July 7 when news broke that a gunman had ambushed a dozen police officers during a Black Lives Matter protest.

“By the time I got home, there were the first reports of shots fired,” said Rick Holter, v.p. of news.

The staff scrambled. They started live-blogging. About five journalists were called into the office to help.

Intern Javier Giribet had been covering the peaceful protest and found himself in the middle of the action. His car happened to be parked near the building from which the shooter staged the attack, an area that would become a crime scene. Giribet’s car was returned to him five days later. It was drivable despite sustaining bullet damage, Holter said.

As shots rang out, Giribet hit record and collected audio.

That’s how the North Texas public media station began coverage of the ambush that followed the police shootings of black men in Louisiana and Minnesota. All 21 news staffers have worked on the story at some point.

A memorial service Tuesday attended by President Barack Obama and former President George W. Bush was the culmination of the station’s coverage. “From here on, we’re trying to integrate it into the rest of our coverage,” Holter said Wednesday.

The station deferred mostly to NPR for national coverage and focused on being distinctive. The station has had practice at covering big breaking news stories, such as a massive explosion at a Texas fertilizer plant in 2013. A year later, Dallas was home to the first person diagnosed with Ebola in the U.S.

“The collaborative work that NPR is doing now, and we’ve also been doing now with NPR, has made a big difference this time,” Holter said. “It’s been a more seamless experience for listeners here, and I think national too.”

It’s important to weigh immediate and long-term needs and balance the journalistic response with a human-centered one. “You have to start thinking about things like giving people time off,” Holter said. “I had several people call me the night it happened. I said, ‘The best thing you can do is go to bed. We’re going to need you.””

2. Don’t be afraid to experiment

The station live-streamed a morning news meeting to Facebook Live and received more than 4,200 views. “A news meeting!” Holter said, amazed. “The most boring thing in the world. But for people who listen to us and hear our voices and read our words every day, it can be fascinating.”

3. Somebody has to be in charge

Although many newsrooms are collaborative in day-to-day decision-making, there should be clear lines of responsibility during breaking news, with different decision makers at various levels. “You have to be able to delegate,” Holter said.

Make sure to charge cellphones and have plenty of food on hand. “People are going to be running in and out doing live shots in the studio,” Holter said. “It’s important to make sure that they have as much nutrition along with leadership and cellphone batteries.”