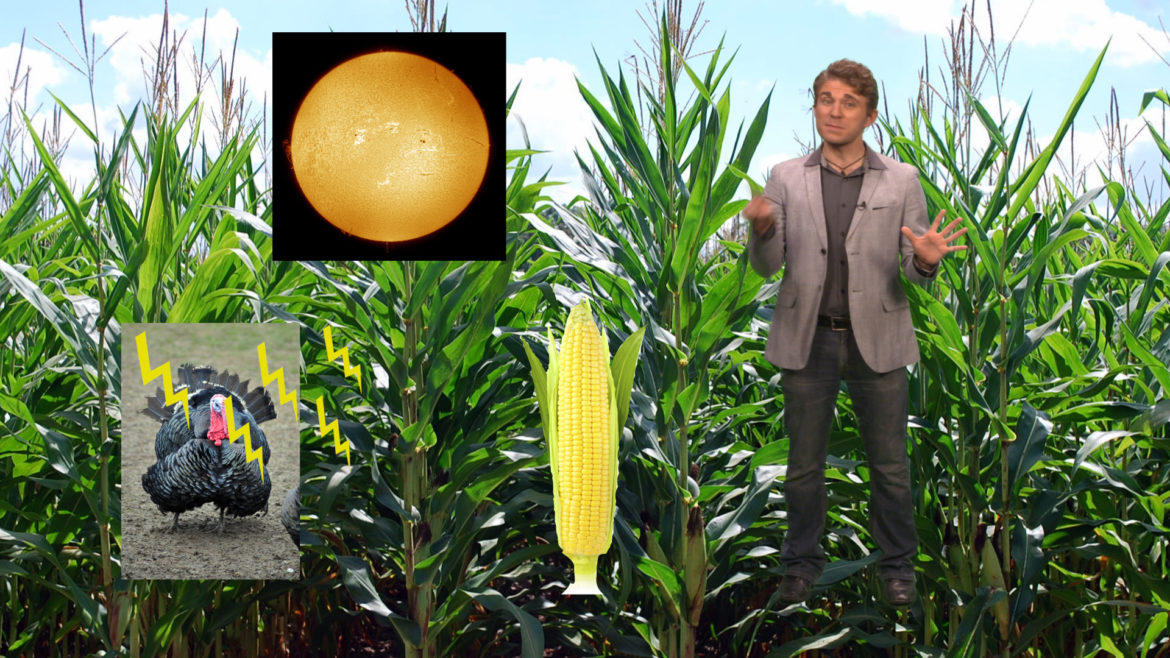 “Feasting on Fuel,” a video from Inside Energy, covers how fossil fuels are still generating holiday dinner meals during Thanksgiving and Christmas. (Photo: Channel X)

Channel X, a digital marketplace for multimedia content sharing, has received a $490,000 two-year MacArthur Foundation grant to expand its reach.

The general operating funds will help Channel X market and invest in the platform, which allows independent producers and public media stations to upload, license and share content. It aims to increase collaboration between public media newsrooms and enable more independents to have their material considered.

With MacArthur’s backing, the nonprofit plans to build its participation beyond a partnership with public media’s Local Journalism Centers, whose feedback has helped Channel X evolve. Registrants tend to cluster on the West Coast, home to a number of LJCs, a national network of specialty reporting desks that are funded in part by CPB.

“One of our stated goals for 2016 is to get the whole country involved in sharing content,” said Alison Scholly, Channel X executive director.

Channel X encourages greater openness and diversity in public media while providing a practical piece of infrastructure for the system, according to the MacArthur Foundation. The foundation provided early support to startups with similar goals, funding Public Radio Exchange and digital initiatives at the Independent Television Service in the 2000s. In 2014 it awarded Channel X a $350,000 two-year grant. “This is the latest in a long tradition of MacArthur’s support for innovation in public media,” the foundation said.

Outside of traditional program distribution, sharing content hasn’t typically been a strong suit for public TV stations, whose tools and platforms facilitate content sharing within their systems, but have difficulty communicating with outsiders.

“This is something that commercial stations figured out years and years ago,” said Katie Campbell, EarthFix video managing editor/producer at Seattle’s KCTS 9. She described commercial media as a top-down business. “In public media it’s a little bit different. With each station making decisions about what they’re going to do, it’s difficult to get people on board to use something universal.”

Morgan Holm, senior v.p. and chief content officer at Oregon Public Broadcasting, couldn’t name any limitations of the Channel X platform. “In the long run, the limitation is if only a few stations use it and there isn’t enough momentum to keep it going,” Holm said.

So far 65 broadcasters have registered, but that figure may include multiple people from each participating station. Of them, 25 actively upload or download content. In addition the site boasts 32 content providers, half of which have loaded content. About six new pieces of content are uploaded weekly, and the platform hosts more than 250 collections of multimedia stories, whose packages may include multiple components such as videos, web text, photos, scripts and audio, Scholly said.

In addition to expanding its work with stations, Channel X wants to bring in more independent voices by working with the National Minority Consortia.

“You get to see who’s interested in your content and what content resonated with our stations. It helps guide some decisions on how to approach similar stories.”

ITVS, which also works closely with independent producers, says it’s in early conversations with Channel X and has not yet placed content on the platform. “If the subscriber base continues to grow, we think this can be a great way to get our digital content to web managers and editors,” wrote Shaady Salehi, managing director of distribution and audience development, in an email responding to questions.

Users can find content by provider, type (news, music, TV show or film) or subject, such as 2016 election, arts or the economy. A carousel at the top of the dashboard promotes recent and popular content, and each package contains different assets.

For example, EarthFix coverage of an annual invasive species cook-off in Oregon includes an image, three audio files — narration, sound bites and natural sounds — a text file of video metadata, such as a script, credits and name-key information, plus an eight-minute video that can be viewed in the platform. Oftentimes RJC reporting desks provide videos at different lengths to help with editing.

For CPB-funded content, payment isn’t typically required of stations that license content through Channel X. “If somebody wants to put content up for pay, there’s a full back-end system that facilitates transfer of funds through credit cards and bank accounts,” Scholly said.

All content has a ready-made license, a standard distribution agreement that can be customized for each transaction. When producers upload or download content, they click on boxes to define the parameters of the agreement, such as the length of the distribution license, geographic scope of rights and payment. Scholly said the agreement was written by public media lawyer John Crigler.

“It really provides the basic layer of licensing that stations can use and not have to go through legal review for each individual piece,” Holm said.

Once a license is executed, an email chain alerts those involved. The user can download broadcast-quality content, and the acceptance is registered in Channel X.

“You get to see who’s interested in your content and what content resonated with our stations,” said Denise Young, executive editor of collaborative journalism with WXXI in Rochester, N.Y. “It helps guide some decisions on how to approach similar stories.”

“PMP is a grid and we’re a robust exchange, which is our version of a marketplace,” Scholly said.

However, Channel X is interested in linking up with the PMP in a similar way as PRX, “flowing content through the system” at the end of a Channel X transaction, Scholly said.

Correction: Due to an editing error, an earlier version of this post incorrectly named a national network of specialty reporting desks. They are Local Journalism Centers. Due to incorrect dates from the MacArthur Foundation, an earlier version misidentified the time period MacArthur began funding Public Radio Exchange. It was in the 2000s. An earlier version also stated Channel X lacks an embeddable player, a component it offers.