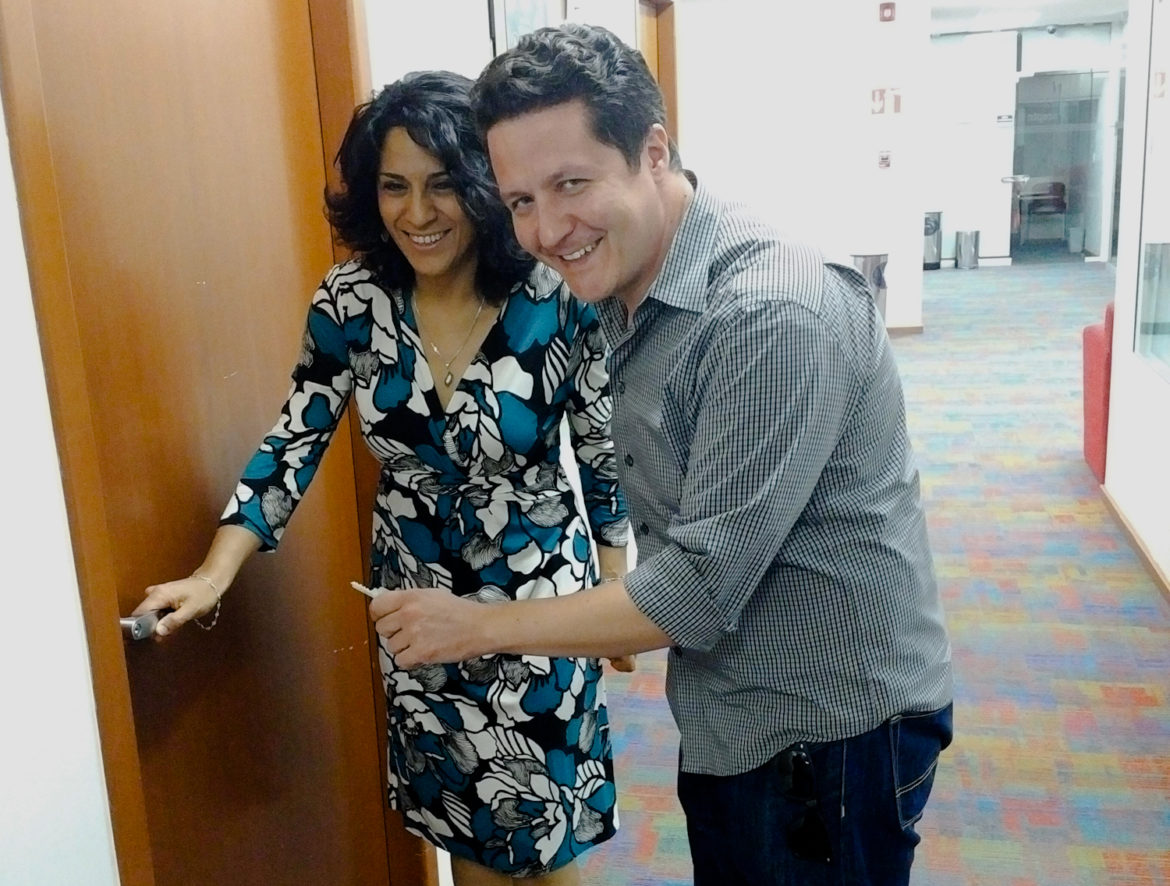 KJZZ in Tempe, Ariz., has opened the first international bureau for a local public radio station.

Cervantes will soon hire a senior field correspondent, and both will be based at Concepto Radial on the campus of Tecnológico de Monterrey in Mexico City.

Gary Reid has stepped down as g.m. of WKAR in East Lansing, Mich.

Reid was named director of broadcasting and g.m. in July 2011 when the station was brought into the College of Communication Arts & Sciences at licensee Michigan State University.

He remains with the university “to shepherd a number of special projects and new initiatives, as well as teach in the media management and content creation areas,” according to an MSU announcement May 13.

Reid has been on the faculty of the university since 1977. In 1989 he launched student radio station WDBM-FM and served as g.m. for 25 years.

Serving as WKAR’s interim g.m. is Susi Elkins, television manager at the dual licensee since 2012, responsible for original content production and producing partnerships for the station’s three broadcast channels and digital platforms. Previously she served as content and community engagement manager, as well as a producer/director.

Producer Peter Michaels has returned to Arizona Public Media as senior radio producer for the Arizona Spotlight and Arizona Science programs. Michaels served as news director for the Tucson station from 2003–12. Earlier in his career, he spent several years at NPR as executive producer for Talk of the Nation.

Cultural reporter Robert Duffy announced his retirement from St. Louis Public Radio on the air May 20. Duffy founded and served as associate editor of the St. Louis Beacon, the online news site that merged with the radio station in 2013. Earlier in his career he spent three decades at the St. Louis Post-Dispatch newspaper.

Ed Subkis, g.m. of KHSU in Arcata, Calif., since 2010, has announced his retirement from public radio. Previously Subkis managed WCQS in Ashville, N.C., for 18 years, and WSFP in Fort Myers, Fla., for six years. He also served on the board of directors of the University Station Alliance.

KUAR in Little Rock, Ark., has hired Vanessa McKuin to manage its regional journalism collaborative Natural State News. McKuin will oversee administration of the initial grant from CPB, promote the project and secure future funding. She previously worked as executive director of Preserve Arkansas, a nonprofit supporting the state’s architectural and cultural resources. The Natural State News team will report on education, health and energy, with a focus on rural Arkansas, from news bureaus at KUAR, KUAF in Fayetteville and KASU in Jonesboro.

Jamie Annunzio Myers has been promoted to chief operating officer at PBS SoCal, responsible for daily operations and strategic direction across the organization. She joined the Los Angeles–area station in 2009 as director of education, launching its Ready to Learn and American Graduate initiatives. In 2013 she rose to v.p. of education and community engagement and has served as interim c.o.o. since Andrew Russell was promoted to president last year. Earlier in her career Myers taught in Chicago public schools.

WGBH in Boston has promoted Michael Mayo to executive director for education. For the past 20 years, Mayo has been director of research and development for media-based projects for students, teachers, parents and schools. He now oversees education production, which creates media and curriculum content with WGBH national television productions and children’s media. He also oversees First 8 Labs, which produces mobile learning experiences for children through age 8.

Sandra Riggins is general sales manager for Arizona Public Media in Tucson. She replaces Dana Horner, who has retired. Riggins’ past experience includes working as an advertising manager at the Arizona Daily Star and Tucson Citizen newspapers for 17 years, as well as serving in managerial positions at the Miami Herald and Sarasota Herald Tribune in Florida.