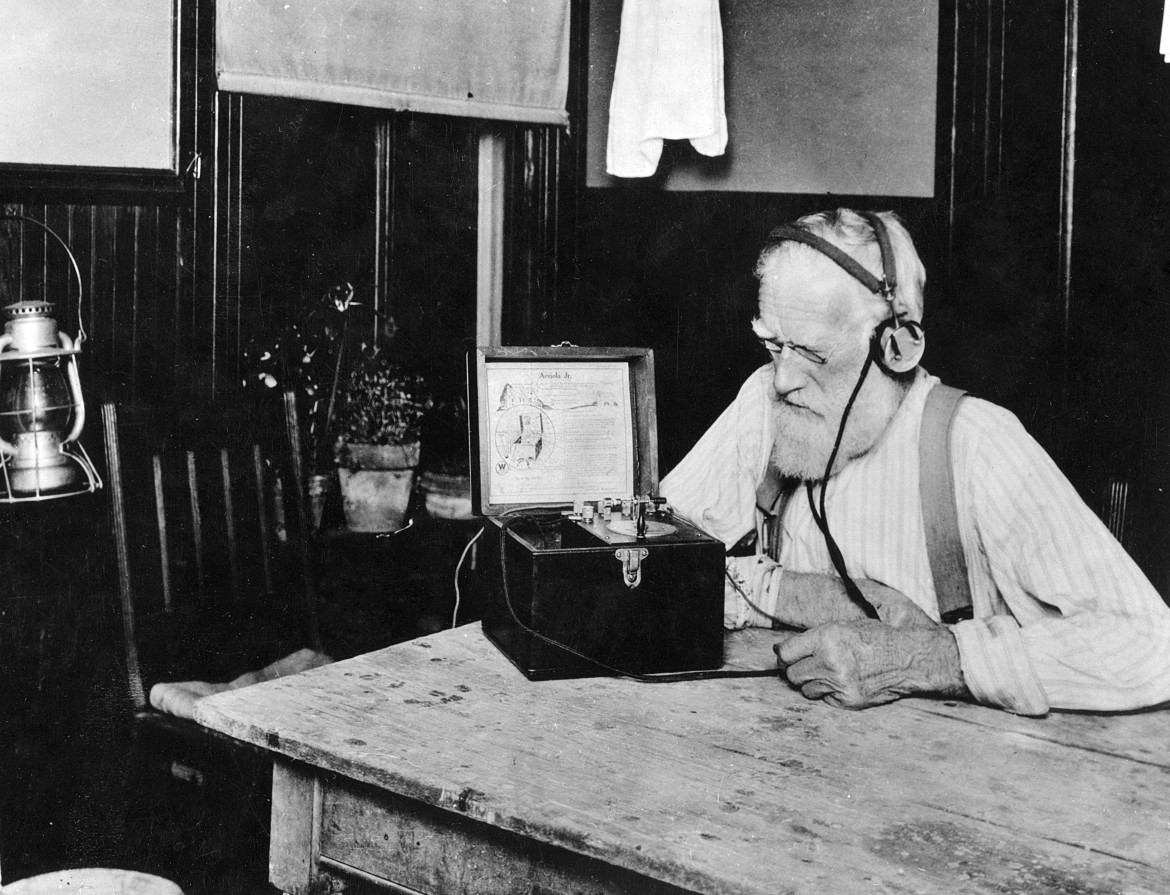 A farmer listens to a 1923 radio broadcast from Washington, D. C. (Photo: U.S. Department of Agriculture via Creative Commons/Flickr)

The first spoken weather forecast on U.S. radio came out of St. Louis? Not so fast.

In a recent post, historian Frank Absher wrote that St. Louis University aired the first spoken (as opposed to Morse code) weather broadcast on American airwaves. Shortly after we published that item, however, an email came from Wisconsin Public Radio questioning the assertion.

Absher had pointed to publications that said the university’s first weather broadcast was April 27, 1921. He also cited a Jan. 17, 1923, letter by U.S. Department of Agriculture meteorologist Montrose Hayes, who wrote, “It is not as generally known as it should be that the St. Louis University radio station was the first in the country to broadcast weather reports by phone.”

Yet in an email, Wisconsin Public Radio historian Randall Davidson provided references to press accounts of spoken weather reports from 9XM, the University of Wisconsin station at the time, reaching listeners in “Texas, Kansas, New Jersey and on the Canadian border.”

The date on those articles? January, 1921 — three months earlier.

“I have no horse in this race,” said Absher when informed of the earlier claim, and added, “Many times in the early days of radio, the station with the best public relations got credit.”

Considering that WPR’s present-day marketing director alerted us to the discrepancy, it’s as clear as a cloudless sky: Nearly a century later, it’s still all about the PR.