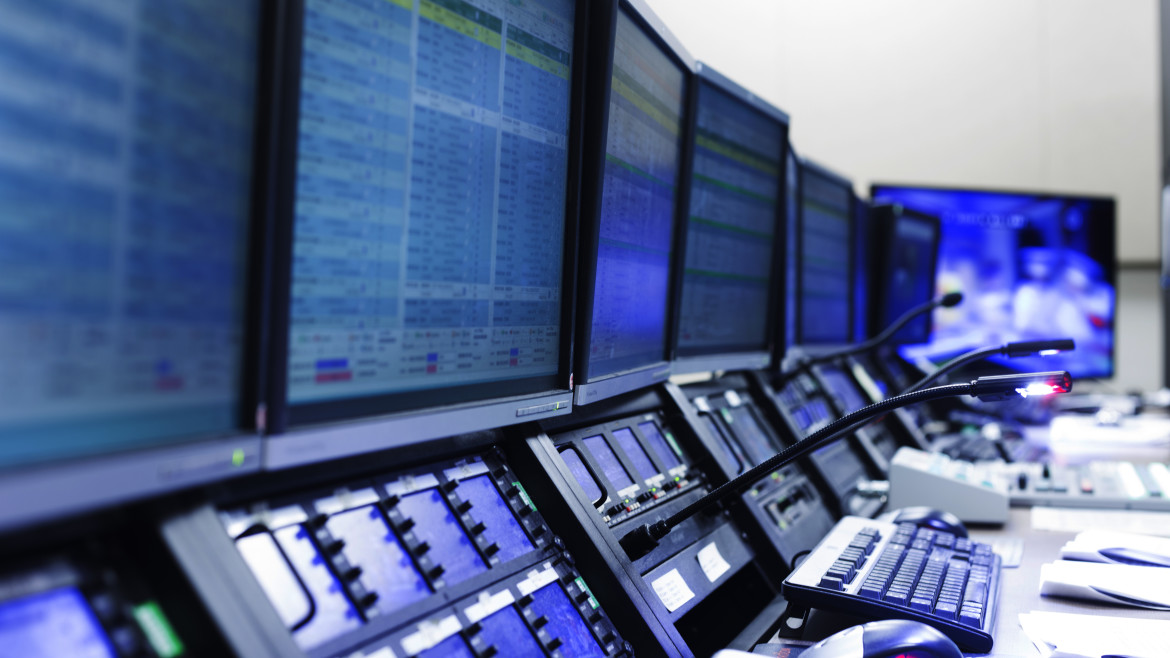 Amid delays, funding uncertainties and upheaval in the technological landscape surrounding the next generation of the PBS interconnection system, leaders at PBS and CPB say the project is on track to roll out its first phase by year’s end.

Supported by $40 million in federal funding, the project has pivoted from a proof-of-concept test involving 18 member stations into development of a request for proposals from vendors who hope to be involved in the system’s nationwide rollout.

“We’re working on a different model from the old broadcast world,” said PBS chief technology officer Mario Vecchi. Unlike previous iterations of the interconnection system, Vecchi calls the next generation “an ongoing software development model” in which even the system’s designers don’t know exactly what it will look like in several years.

The project has been in the planning stages for more than three years, but Vecchi and his PBS colleagues now face a tight deadline: federal funding for the previous v5 interconnect expires in September. PBS has already renewed its leases for satellite capacity, allowing it to gradually reduce its use of satellite distribution instead of making an abrupt transition to the fiber-optic backbone that will become one of the key pieces of the new interconnect. (The project, long known as “v6,” is now simply known as the “next generation interconnection,” according to PBS.)

While real-time PBS feeds will stay on the satellite, Vecchi said, the first year of the v6 project will focus on moving non–real-time (NRT) content to the fiber network.

“As the new solution for NRT is deployed over terrestrial (fiber), we will be able to recover some of the satellite capacity that we’re using now for the current v.5 NRT, and therefore reduce some of the transponder costs as we shift to terrestrial NRT,” he said.

The work of defining details of that new NRT system will keep planners busy well into the summer. PBS hired a consulting team from Deloitte to assist in developing and executing the RFP. Vecchi hopes to have the RFP ready for vendors by the end of May, but the process of finalizing its details may extend into June.

It’s complex, Vecchi said, because of how much change is occurring at all ends of the interconnection system.

“We believe there is a significant amount of cost efficiency to be found in the workflow at local stations and adapting to the changes in programming and scheduling that stations need to make,” he said. “At the same time, we’re also investing quite a bit of resources in re-engineering our internal processes so we can be more efficient and flexible.”

Among the pieces of that re-engineering is a new file format for the video content that will be distributed over the fiber-based NRT system. “Metadata” was one of the major buzzwords in April at PBS TechCon and the subsequent National Association of Broadcasters Show in Las Vegas. Content producers struggle to ensure that their programs come with all the additional data needed for stations’ traffic systems, nonbroadcast (“over the top”) digital distribution, archiving and other uses that previous interconnect designers never had to contemplate.

Once the RFP goes to potential vendors, Vecchi said, PBS hopes to select vendors over the summer in time to begin deploying the new fiber-based system in the fourth quarter of 2016.

PBS takes no official position on the tide of public TV stations moving to centralized joint master control (JMC) systems. But Vecchi acknowledges that the new interconnection system will have to take into account a world in which a PBS station in Hawaii gets its network content delivered not to Honolulu but to a JMC hub in Syracuse, N.Y.

“As technology evolves, we want a system that can make changes in less than 10-year burps.”

At the funding end, CPB has been clear about how it sees the system’s architecture developing. It would rather see a smaller number of end points to which v6 will need to deliver content.

“We have recently created an incentive through the grant program to support stations that join JMCs,” said Ted Krichels, CPB senior v.p. for system development and media strategy. “We see it as an essential move to better allocate our resources to local program development.”

Vecchi said the new interconnect will continue to meet the needs of stations that keep their master control points local, as well as those that fall somewhere between fully local and full-fledged JMCs.

“Some stations have already created de facto JMCs in the sense that one station is providing services to another without entering into a formal structural agreement,” Vecchio said. “Others are state networks, Ohio for example, where they have created a model of centralizing master-control functions for that state, so that’s another example of a de facto JMC.”

Repack, ATSC 3.0 and more changes ahead

“As technology evolves, we want a system that can make changes in less than 10-year burps,” said Tom Axtell, g.m. at KLVX in Las Vegas and chair of the PBS Board’s interconnection committee.

That means being prepared for other impending changes that made big headlines at last month’s TechCon and the NAB Show, including the FCC’s announcement that it will pull 126 MHz out of the UHF TV spectrum to be auctioned later in 2016.

The subsequent repack of the TV spectrum will force many pubcasters to change the channels on which they broadcast. It could also affect the interconnect project if some stations take advantage of the opportunity to sell their spectrum in the auction, taking them off the air and out of the system.

“We’re confident that by and large, stations have a commitment to the public service mission,” said CPB’s Krichels, referring to decisions that local licensees will make about selling some or all of their channel capacity. “But there’s so much we don’t know. I think the concerns would focus around potential loss of translators. You see it in the state networks and out west, and the potential that there could be some unserved areas.”

Closely tied to the repack is the FCC’s plan to move stations from the current ATSC 1.0 transmission system to the ATSC 3.0 standard now awaiting FCC approval. While the repack will precede a later shift to ATSC 3.0, Vecchi said pubcasting leaders hope that stations can prepare for both changes at once.

“Vendors are getting ready for the repack equipment to be 3.0-ready or 3.0-upgradeable, so that when a station goes through the repack and buys new exciters or other equipment, they will provide equipment that will be software-upgradeable,” he said.

“Going forward, we really have to think about future-proofing the system,” Axtell said. That means preparing for some of the other changes that may come along with the move to 3.0, such as the ability to broadcast “4K” ultra–high-definition material that some program producers are already creating.

Axtell compared the new design principles to construction of a highway that can handle all different kinds of traffic.

“We want a system where if you’re in a two-person sports car or an 18-wheel truck barreling down the highway, we can handle it,” he said.

Traffic on the new highway will include more than just video, Axtell noted. His station has been in the forefront of using broadcast bandwidth to carry data for emergency service providers. That technology has been both good business and good for government relations, he said, especially as federal emergency planners look to pubcasters to provide important links in an upgraded emergency alert system.

“It’s one of the key elements we talk to Congress about in terms of our roles and responsibilities,” said Michael Levy, CPB chief strategy officer and executive v.p.

With the general election election looming, CPB and PBS are looking for every opportunity to push for continued funding to complete the interconnect project. CPB has a $50 million interconnect funding request pending before Congress, according to Anne Brachman, CPB v.p. for public affairs. CPB expects Congress to pass a continuing resolution in September to fund the government through the election.

The funding picture becomes even less certain after that. Two years ago, the Obama administration proposed a series of budget baselines envisioning nearly $200 million in federal funding for the interconnect project over a four-year period. Beyond the $40 million already budgeted for fiscal 2016 and the $50 million requested for fiscal 2017, that means the $55 million proposed for fiscal 2018 and $52 million for fiscal 2019 will depend on who takes power at both ends of Pennsylvania Avenue next year.

Axtell hopes the flexibility baked into the design of the project will make it more attractive to federal funders. The cost savings of cloud-based fiber delivery, JMC operation and, eventually, a partnership to deliver public radio content over the PBS interconnect will be “strategically more attractive to Congress,” he said, especially if PBS moves away from the model of requesting funding for a full replacement of its delivery system every decade or so.

That means year-by-year phases for the program as funding becomes available. After moving NRT delivery from satellite to fiber in year one, Vecchi said, phase two will involve “expanding functionality” of the fiber system, including moving some linear and real-time programming feeds off the satellite. Priorities for subsequent phases are still being developed as the industry changes, he said.

Long before those next phases become clear, the PBS interconnection committee is moving quickly to nail down the details of phase one. The group has begun meeting almost weekly to approve the specific requirements that will go to Deloitte to become part of the final RFP, according to Axtell.

“We have a lot of work ahead of us,” Vecchi said. “We are pushing ourselves and all the stakeholders in the system very hard to move very fast.”

Clarification: This story has been updated to reflect that PBS no longer uses the term “v6” for the interconnection system.