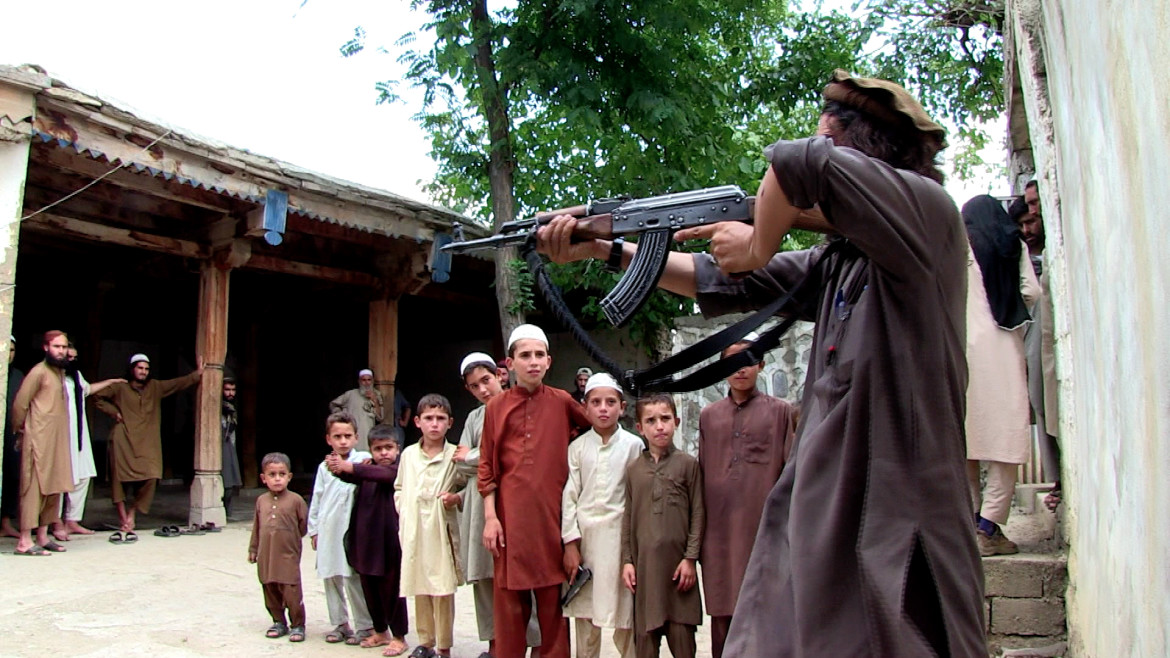 Fanning’s work on the investigative documentary series demonstrated “the power of international journalism when backed by passion, intelligence and the fearless dedication to get at the truth,” said OPC President Marcus Mabry, who presented the award during last month’s 77th Annual Overseas Press Club Awards in New York City.

As the e.p. of the series from before its 1983 debut season until 2015, Fanning said he “tried to make sense of these encounters with a far-off world.”

Fanning began his filmmaking career in South Africa before coming to WGBH in Boston in 1977 to start the international documentary series, World. He later began developing the project that he described as his greatest professional achievement, Frontline.

The series has won every major award for broadcast journalism. It is the longest-running investigative documentary series on television in the U.S.

Fanning, who retired as senior e.p. last year, is now Frontline’s e.p. at large. “There is a wonder to this business,” he told the audience at the award ceremony. He describe his work on the series as “a privilege, the license granted to be curious and with it an obligation to the purpose.”

And Frontline was among three public media organizations that won OPC recognition for international reporting.

Its two documentaries on the Islamic State group won in broadcast-division categories while reports by the Center for Public Integrity and Radiolab took awards for multimedia reporting and podcasts, respectively.

A scene from Frontline’s “Escaping ISIS” (Photo courtesy of Frontline)

Frontline’s “Escaping ISIS” received the The David A. Andelman and Pamela Title Award honoring international reporting in broadcast media that shows “concern for the human condition.” The documentary, produced and directed by Edward Watts with producer Evan Williams, follows the stories of women who escaped from ISIS’s reign and the underground network that aided them. “ISIS in Afghanistan,” produced by Jamie Doran and directed by Najibullah Quraishi, took the Edward R. Murrow Award for best TV or video coverage of international affairs.” The film reported on the increase of ISIS membership among Afghani youth.

“This is a very proud day for all of us at Frontline,” said Raney Aronson, e.p. of both documentaries.

CPI’s reporting project, “Fatal Extraction: Australian Mining in Africa,” was an international collaboration with the Pulitzer Center and the International Consortium of Investigative Journalists. It took the award for best multimedia news presentation.

OPC cited lead reporter Will Fitzgibbon, multimedia editor Eleanor Bell and news developer Chris Zubak-Skees for coverage that made “best use of video, interactive graphics and slideshows to report on international news.”

The program received the Lowell Thomas Award for radio or audio news coverage of international affairs. It was produced in collaboration with Israel Story, a podcast created to tell stories for and about Israel.

Filmmaker Dan Edge was cited for excellence in in-depth national and international television coverage for his Frontline special on Ebola.

Edge received Scripps Howard’s Jack R. Howard Award for Frontline’s “Ebola Outbreak.” He spent months in field production in West Africa as he traced the spread of the Ebola virus and documented how it became an epidemic.

“These award winners represent the cutting edge of how stories can be told in digital spaces,” said Jeffrey Jones, director of the Peabody Awards.

Frontline won for two documentaries produced with cutting-edge digital storytelling. “Inheritance,” a documentary about the filmmaker’s grief over his brother’s death in the bombing of Pan Am Flight 103, won for incorporating interactive visual and text elements. “Ebola Outbreak,” the documentary by Dan Edge that won a Scripps Howard Award, was recognized for its virtual reality production that used 360-degree cameras to give viewers an immersive experience of the Ebola epidemic. The virtual-reality documentary was a joint reporting project of Frontline, Secret Location studio, and Columbia University’s Tow Center for Digital Journalism.

St. Louis Public Radio won for its “One Year in Ferguson” project, which curated audio and photography of events related to the 2014 shooting of Michael Brown in Ferguson, Mo.

Winners will be recognized May 20 during an award ceremony in New York City.

CPB President Patricia Harrison was recognized for her leadership of American Graduate: Let’s Make it Happen.

The CPB education initiative supports local and national programming and community engagement work aimed at improving the nation’s high school graduation rate. APA’s GradNation program, which launched in 2010 to raise awareness and build support for dropout prevention, is a partner with CPB.

Retired General Colin Powell, founding chair of APA, and Alma Powell, APA chair, recognized Harrison with a 2016 Promise of America Award, citing her commitment to youth education. “Under Pat’s leadership, the Corporation for Public Broadcasting has been an important and powerful partner in our work at America’s Promise,” said General Powell.

“This award is a wonderful recognition of CPB’s work and that of local public radio and television stations across the country in partnership with more than 1,500 community organizations as part of American Graduate,” Harrison said. She received the award April 20 during APA’s annual gala in Washington, D.C.

Since CPB launched American Graduate in 2011 with 25 public media stations, the initiative has expanded to include more than 130 pubcasters working on drop-out prevention in high-need communities.

The RTDNA Foundation award honors professionals in local or network news who work in an “off-air, management, largely behind-the-scenes capacity.”

Garcia has worked in journalism for 38 years, 25 of them in executive management. As e.p. of NPR’s newscasts, Garcia manages the production and broadcast of newscasts that reach 24 million people each week. The RTDNA presented the award in March in Washington D.C.

Kasper, host of the weekly public radio cooking series, was honored for making “noteworthy and lasting contributions to the culinary industry” and for demonstrating a “continuing commitment to the culinary arts as a lifetime career.”