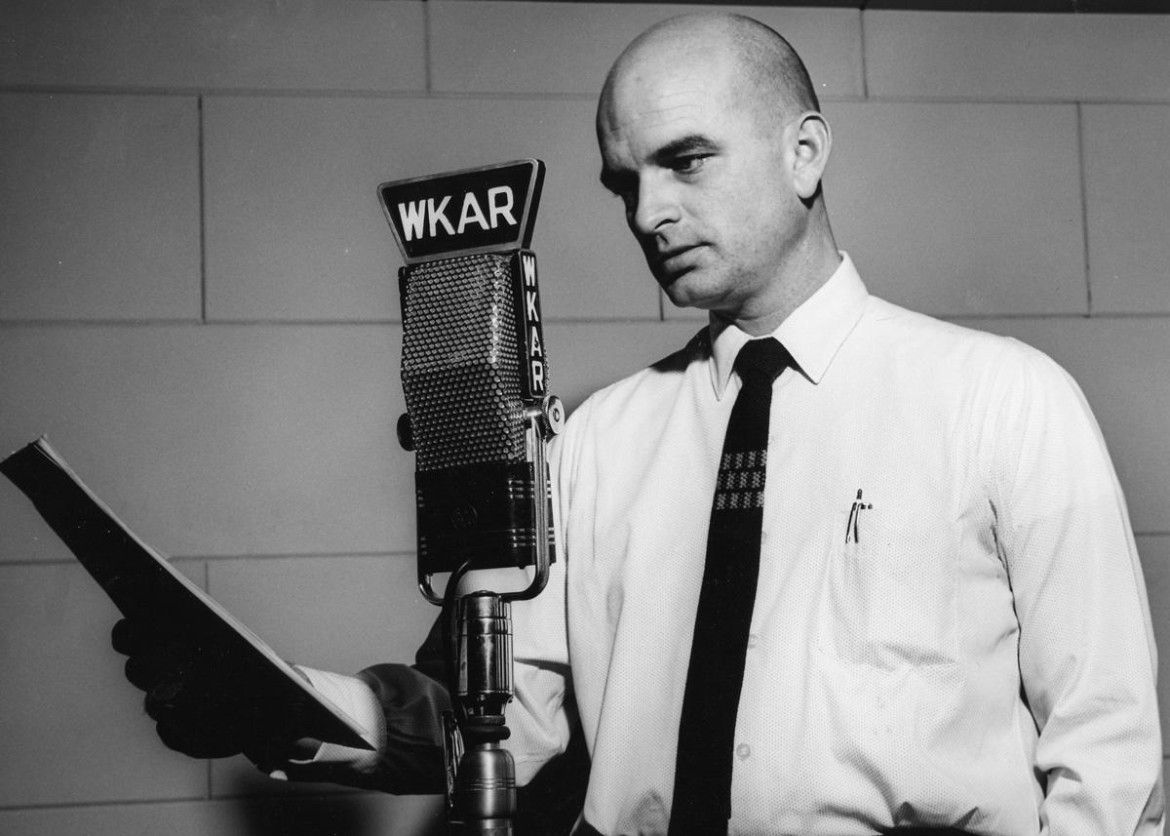 Campbell will work as executive producer, original content at the spoken-content producer and distributor.

Before joining SCPR in 2013, Campbell spent almost 10 years at WNYC in New York City, where he was a co-creator and e.p. of Freakonomics Radio. He also helped create The Takeaway and produced Morning Edition for WNYC.

At Audible, Campbell will work with former NPR Programming VP Eric Nuzum, who heads up the unit.

Fajardo previously led public broadcaster WMFE in Orlando, Fla., for 16 years before its television station was sold in 2012.

In 2013 Fajardo joined the Orlando Regional Chamber of Commerce as e.v.p. Earlier in his career he was g.m. at KNCT-TV/FM in Killeen, Texas.

Denver investigative reporter John Ferrugia is leaving KMGH-TV, the local ABC affiliate, to join Rocky Mountain PBS. He had worked at KMGH since 1989. Previously he had been a national and White House correspondent for West 57th, a CBS News weekly magazine that aired from 1985–89.

Frank Langfitt, NPR’s correspondent in Shanghai, will succeed Ari Shapiro as London correspondent in June. For the past five years Langfitt has focused on China’s economy and also reported from Hong Kong, Japan, South Korea, Mongolia and the Philippines. Previously, he was East Africa correspondent based in Nairobi. Langfitt joined NPR in 2004 as a labor and workplace correspondent in Washington, D.C.

Brian Watt will take over April 11 as host of local news during Morning Edition on KQED in San Francisco. For the past nine years, Watt has reported for KPCC/Southern California Public Radio in Pasadena, most recently on the entrepreneurship beat. Prior to his journalism career Watt was an actor and appeared on TV shows including The West Wing. He also served as a personal assistant to former Sen. Harris Wofford (D-Pa.).

Dick Estell of WKAR in East Lansing, Mich., heard nationwide on his Radio Reader show, has retired. “Recent health issues have compelled Estell to make the difficult and heartbreaking decision to hang up his microphone after more than half a century,” according to the station. Estell is 90 years old. The series concluded March 10 with former WKAR-TV GM Bob Page filling in to read the final chapters of John Grisham’s Rogue Lawyer. Since 1964, Estell has read some 1,000 books aloud. He also founded the WKAR Radio Talking Book (now Radio Reading Service) in 1973.

Molly Birnbaum of the public television cooking show America’s Test Kitchen is now contributing monthly segments with recipes to the American Public Media radio program The Splendid Table. Birnbaum is executive editor of Cook’s Science, a new startup within the Boston-based ATK that explores food preparation from a scientific viewpoint. The first segment, which aired on Splendid Table the first weekend of February, looked at onions and garlic; this weekend, the topic is the distinctive flavor of lamb.

Bonnie Jean Primbsch is the new interim general manager at KUSP-FM in Santa Cruz, Calif. Primbsch has worked as a KUSP host and volunteer for more than 15 years. She has produced and directed public affairs programs, hosted more than a dozen shows and served as on-air spokesperson during membership drives. Primbsch succeeds Lee Ferraro, who led the recent format change from news and information to music.

Minnesota Public Radio News has promoted Nancy Cassutt to executive director of MPR News and programming. Cassutt has been with the St. Paul, Minn., station for six years, most recently as managing director, content initiatives. She joined MPR in 2010 as managing director for digital services. Cassutt succeeds Mike Reszler, who served as interim e.d. since last summer.

WNED and WBFO in Buffalo, N.Y., have promoted two staffers. News Director Brian Meyer ascends to senior director of news and public affairs, responsible for special news projects including the Great Lakes Regional Journalism Collaboration. Meyer continues as news director for WBFO-FM, and will also develop and manage digital strategies for that station. Kathryn Larsen, formerly broadcasting director, rises to director of broadcasting for radio and television, taking responsibility for WFBO-FM and Classical WNED. Her duties will include creating the program schedules for both stations and overseeing budgets.

Amy Pyle is the new editor in chief at the Center for Investigative Reporting, stepping up from managing editor. Pyle joined the center in 2012 as a senior editor. In her new role, she’ll oversee all editorial work for the newsroom, which publishes at Reveal.org and partners with PRX on the weekly Reveal public radio show and podcast.  Earlier in her career she worked as news director at University of California San Francisco, was assistant managing editor for investigations at the Sacramento Bee, and assistant city editor and reporter at the Los Angeles Times.

Madhulika Sikka, former executive editor at NPR News, has left the media startup Mic, which she joined last September. “I had a wonderful time,” Sikka told Ad Age magazine. “I learned a lot. But ultimately I think it wasn’t quite the right fit for me. We talked it through and we both agreed that an amicable separation was the way to go.” Mic focuses on video-based news aimed at millennials.

Olivia Wong, who has handled publicity at Masterpiece for nearly 12 years, joins WETA in Arlington, Va., as director of public relations April 1. “I will be staying within the PBS family,” she said in a note to colleagues.

Correction: An earlier version of this story stated that Brian Watt would be local Morning Edition host on KQED. Watt will host local news during Morning Edition.