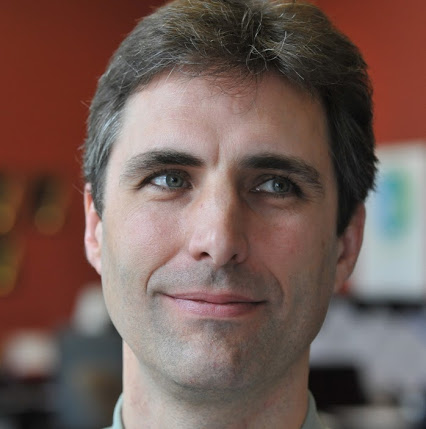 The stereotype of a public media journalist assumes a tilt to the political left. But is that perception accurate? On an episode of our podcast The Pub, host Adam Ragusea interviewed a self-identified public media lefty and righty to discuss that assumption and, if it is true, whether anything should be done about it. The right-of-center journalist was Mark Nootbaar, news director at WESA in Pittsburgh. Nootbaar began by describing his political views.

Mark Nootbaar: I would say that I’m right of center — I think that’s the best way to put it — a little bit more of a fiscal conservative than a social conservative but still conservative in just about everything I do.

Adam Ragusea, Current: There is a stereotype, perpetuated by people such as myself, that public media newsrooms tend to be filled with people who are more likely to be left of center. How does that comport with your personal experience?

Nootbaar: I agree. When I look around my newsroom, and I talk to other people at different functions, I see that definitely the news staff at stations does lean left.

Current: Do you dispute that way of thinking about the political spectrum? You sound pretty comfortable with it.

Nootbaar: The idea of left and right? I think I’m OK with it, partially because it’s something that people can understand and people can talk about. If we start to use different words, like “progressive” has gotten a real good foothold, and I’m fine with that, but we have to all understand what we’re talking about and sometimes it takes a little while to really get to that point in a conversation.

Current: How does the culture of public media newsrooms compare to the culture back in commercial radio where you started?

Nootbaar: I don’t think it’s all that much different. Maybe that’s just my experience, but just in general the sort of the people who are doing this type of work tend to be a little bit left.

Current: Do you have any idea as to why that is?

Nootbaar: I think it’s just that deep down inside, we’re artists. We like to think that we’re just doing the news straight-ahead, but there’s some artistry to this, there’s some real creativity. And when you start to talk about those types of people, you just find that they are a little bit more liberal than they are conservative.

Current: That’s how I would expect a liberal would explain it; I would not expect a conservative to explain it that way because basically what you’re saying is creative people are left of center and it’s a very flattering characterization of lefties.

Nootbaar: Maybe that’s because you are a creative person and you’re left of center and you find it flattering.

Current: Have you ever felt out of place?

Nootbaar: A little bit, but not much. I can think of one incident going back several years now. It was the kind of a situation where I found myself under attack simply for being a middle-class white male and somewhat conservative. “That’s the bad guy, it must be the bad guy because he’s had all the privileges all his life.” And I do have to say I have had those types of privileges. I’ve never worried about where my next meal was coming from. I’ve been employed for the last 30 years. It was just a little bit of an uncomfortable situation right then, but for the most part it’s OK.

“I’m not sure that you could write a job description that encourages more conservatives to come [to public media].”

Current: Do you think that public media would be better if there were more people who identified like you politically, in front of the mic, behind the mic, anywhere near the mic?

Nootbaar: Yeah, it might do us a little bit of extra service to have that. It’s nice to have that idea in the room. I have moved up to a position with some authority in this radio station so I can make sure that those types of ideas are brought to light in editorial meetings and in other context. But having somebody on the air, maybe at a higher level also, would be very nice.

Current: Is there a particular example from your work life that comes to mind where people kind of weren’t thinking about a story from a certain angle and you were able to come in and say, “Well, how about this angle?”

Nootbaar: I would probably draw a blank if I tried to talk to a specific incident, but just in general, maybe sort of specific and sort of not specific, we have a lot of fracking going on in Pennsylvania — this is the non-conventional way of getting gas out of shale formations. And there’s a lot of controversy over the value of that gas and the economic impact versus the impact that this could be, and is, having on the environment and on communities. And people around many of the stations in this state want to talk more to the “fracktivists,” as they’re called, the naysayers, than we are excited about talking to some of the businesses and some of the things that they are doing and how they see that they’re helping Pennsylvania.

Current: Interesting. What do you think that public media could do to get more people like you in the door?

Nootbaar: That’s a really good question. I’m not sure that you can really search out those people. I’m not sure that you could write a job description that encourages more conservatives to come. Part of the problem is just, as I said before, the people that are in the pipeline, the people that are interested in doing this type of work just are not the more conservative type of people. I see those people more drawn to the numbers of a large corporation.

Current: You just drew a distinction in how you describe yourself; you said, “I’m more of a fiscal conservative than a social conservative.” I think social conservatism is the thing that, in my experience, journalists of all kinds really struggle to figure out how to handle in terms of maintaining balance. Because there is a very, very big chunk of the United States, maybe 20 to 30 percent, who still fundamentally don’t think that being gay is OK. At what point do we say, “Well, we need to respect that and reflect that point of view in how we cover things,” and at what point do we say, “That’s just hate speech, and we don’t give it equal ground here.”

Nootbaar: That is a very fine line. Who do you talk to as the second source, or do you even want to go down that way with a second source? That’s sort of where we show some of our bias, though. The story selection or who is the lead person in this story, as compared to that second voice that we just say, “Well, we need to have the Catholic priest. Let’s go ahead and call him. I know I’ll get a good comment and we’re on our way.” You kind of touched on that aspect of religion in this endeavor. Just from my personal experience, if you look around public radio you will find a lower percentage of people who identify themselves as churchgoers than you would in some other industries or maybe just in the general population.

Current: I suppose — and again maybe this is me, Lefty Adam, going to say something self-flattering — but how I would explain that phenomenon would be, “Well, journalists are inherently skeptical people, and skeptical people have problems with religion because religion fundamentally asks people to restrain their skepticism to varying degrees.” First of all, feel free to push back on that characterization.

Nootbaar: I do think faith is obviously a big part of just about any religion, but saying the way you said that, I would take maybe a little bit of exception. I’ve got a lot of room for discussion, a lot of room for debate and a lot of room for being skeptical. But at the end of the discussion of any religious situation, it does come to that, “Well, there’s faith I just have to believe in.” And you’re right: We’re skeptical and we want to question, we want to find out why and we really want to dig into people. But you can do that and still be a religious person.

Current: People who listen to this show know that I am very strongly of the opinion that public media needs to do a better job of reflecting a more broad and inclusive range of points of view, especially if we’re going to take everybody’s tax money. Well, actually, that’s an interesting aside that we should go down right there. Could it be part of the reason that it’s tough to find conservatives to work in public media because a lot of conservatives might not like the idea of public media period, of government-supported media? How do you get around that?

Nootbaar: To take a little bit different tack on that — and I’ll come back to it — it’s a self-perpetuating thing, right? If we are deemed to be a liberal news outlet, whose parents are going to be listening to this? The liberals, right? Who are probably raising the next generation of liberals. So if you’re growing up in a more conservative family, like I did, you’re probably listening to some other type of radio, some other type of news outlet, so that doesn’t necessarily cross your mind.

“When you really think about what government should be doing, it isn’t necessarily making public radio.”

But we do need more diverse voices, and that can be anchors, it can be reporters and it can even be… I’ve been in this system long enough that I remember when Morning Edition and All Things Considered had a lot more commentaries. And we maybe need to figure out a way that we can bring that back in a way that is engaging and not boring for some of our audience, but do that with a really wide range of people.

Current: Going back to the question of public funding and whether or not it’s a publicly funded news organization, does that alienate conservatives from working here?

Nootbaar: The idea of CPB funding, of federal funding, for organizations like the one that I work at is very touchy. Obviously we, as a radio station, believe that we do a great service to the public, and we believe that balancing our budget is important and always very hard.

However, I am not sure — as the fiscal conservative in me — that public radio should necessarily be funded by government entities. What we really need to focus on is building an audience that is willing to give, and is willing to support this. Because when you really think about what government should be doing, it isn’t necessarily making public radio.

One thought on “Does public media need more conservative voices?”