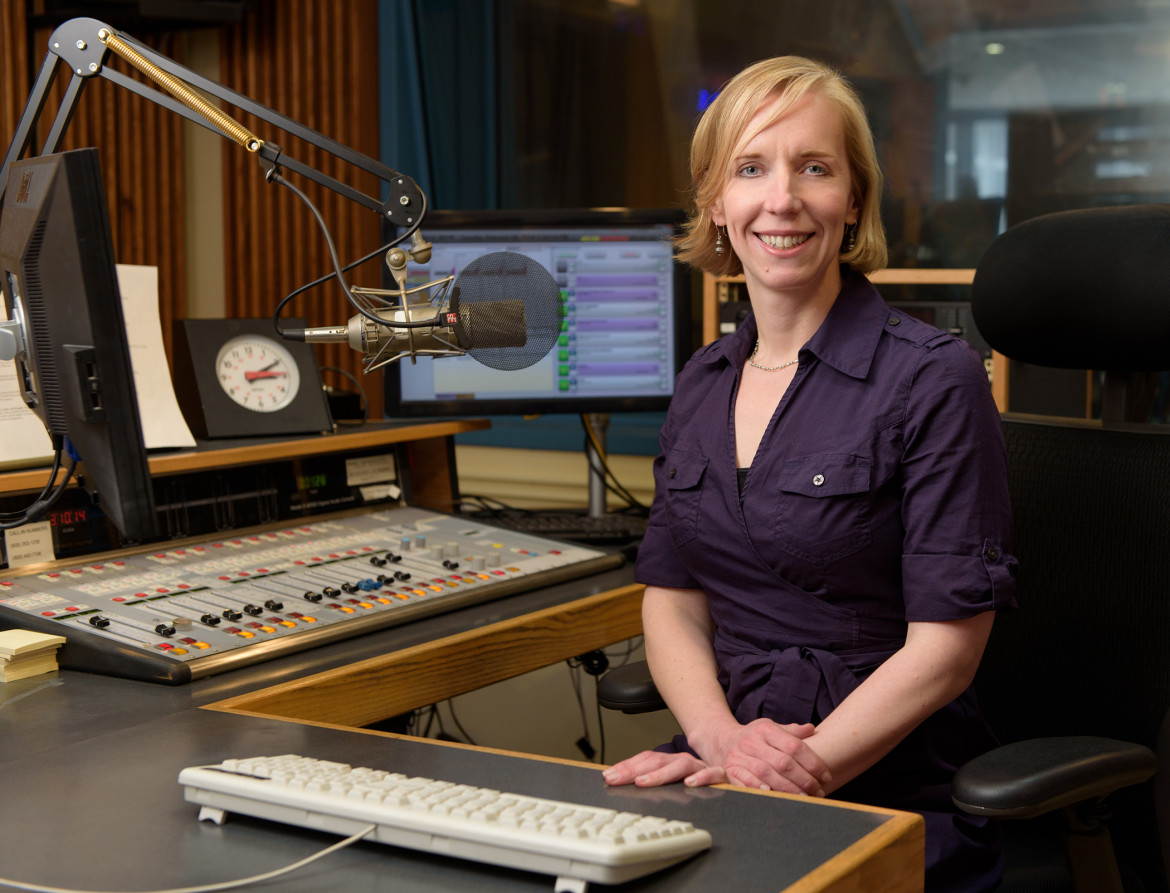 New to the board is Carol Kellermann, lay trustee of WNET in New York City. She’s president of the Citizens Budget Commission, a nonpartisan nonprofit advocating for constructive change in city and state government finances and services.

Executive Director of Branding and Engagement Jeff Bundy is overseeing on- and off-air membership fundraising and marketing. Earlier in his career Bundy directed member relations at WHYY in Philadelphia.

April Harley, director of development, is responsible for major giving and grants programs. Her experience includes raising $15 million as Illinois Finance Director of the Obama for America presidential campaign.

Manager of corporate underwriting is Lisa Gergely, who handles program sponsorships. Previously she was v.p. of sales and business development with Greenstone Media, a nationally syndicated women’s talk radio network.

KUT-FM in Austin, Texas, has promoted two reporters into editors’ positions and added four others.

Matt Largey, interim managing editor for the past two years, has moved into the slot permanently, responsible for editing, long-term planning and supervising reporters. Largey joined KUT News as a reporter in 2006, later serving as an editor and correspondent.

Ben Philpott moves to senior editor to assign and edit stories, help supervise reporters and oversee the editorial internship program. Philpott will also continue to co-host The Ticket 2016 through the presidential election. He joined the station in 2002.

Cheryl Devall has joined the Center for Investigative Reporting as senior radio editor. Devall has a long association with public radio, serving as a senior editor at Marketplace, interim editor for NPR’s Code Switch and an NPR correspondent in Chicago and Miami.

Shula Neuman has been named executive editor at St. Louis Public Radio. Neuman has been working as interim editor since the retirement of Margaret Freivogel in January. She joined the station in 2013 as editor of health, science, education and race content. Previously she worked as an editor at NPR headquarters.

Former PBS NewsHour education reporter and producer Kyla Calvert Mason has joined Wisconsin Public Radio in Madison as assistant news director. Mason is based at WPR in Milwaukee to manage daily news production and supervise 17 reporters in seven bureaus across the state. Earlier in her career Mason reported on education for KPBS in San Diego. IN Other hires at WPR, Maureen McCollum is Morning Edition local host. McCollum joined the network in 2009 as a reporter in La Crosse and also hosted and co-produced the regional Newsmakers show. Moving into those responsibilities is Hope Kirwan, who previously reported on health for KBIA in Columbia, Mo. And Laurel White is reporting from WPR’s State Capitol Bureau. White formerly worked for the Capitol Times in Madison and earlier in her career interned at NPR.

Bob Boilen, host of NPR’s All Songs Considered, appeared as a minor character on the Feb. 21 episode of The Simpsons. “I play myself, sort of,” he said in a post on NPR.org, “the host of a radio show in Springfield called Mountain Trax.” It’s a good year for Boilen, he noted, as his first book also comes out soon. Your Song Changed My Life: From Jimmy Page to St. Vincent, Smokey Robinson to Hozier, Thirty-Five Beloved Artists on Their Journey and the Music That Inspired It hits bookstores in April.

Journalists Denise White and Hetal Gandhi are hosting and developing the University Beat television show about the University of South Florida at WUSF Public Media in Tampa. White spent 25 years anchoring the news at local Fox affiliate WTVT Channel 13 before retiring in November. Gandhi has reported for WTVT and WTSP Channel 10, the local CBS affiliate. The show expanded last month from brief segments to a weekly half-hour program with in-studio interviews and field reports.

Monique Hanson, chief development officer at NPR since 2012, is leaving her post to relocate to Chicago later this spring, NPR President Jarl Mohn told colleagues in a Feb. 25 memo. “She has grown our philanthropic gifts to over $32 million and made collaborative fundraising with our member stations a central goal,” Mohn wrote. Hanson previously served as s.v.p. and chief development officer for YMCA of the USA.

Bridgit Bowden is the first recipient of the Mike Simonson Memorial Investigative Reporting Fellowship, a collaboration between Wisconsin Public Radio and the Wisconsin Center for Investigative Journalism. Bowden is a 2014 graduate of the Missouri School of Journalism in Columbia and has reported and produced for Kansas Public Television, KBIA-FM in Columbia and Nashville Public Radio. The fellowship is named in memory of Simonson, who reported for WPR for 25 years and died in October 2014.

In other WPR news, the station’s latest Lee Ester Fellow is Parth Shah, a graduate of the University of North Carolina at Chapel Hill. The nine-month fellowship is named for longtime newsman Ester, who served on WPR’s board.

Stephanie Foo, a producer at This American Life, is one of nine Knight News Innovation Fellows at the Columbia Journalism School’s Tow Center for Digital Journalism. Fellows work at the intersection of journalism and technology. Foo will focus on developing Clipper, a sharing and sound-editing tool for social media.

The Pacifica Radio Foundation has elected attorney Tony Norman as national board chair. Norman is a public-interest attorney representing small businesses and nonprofit organizations. Previously he served as vice chair of Pacifica’s national board from 2014–16 and also chaired WPFW’s local station board in Washington, D.C.