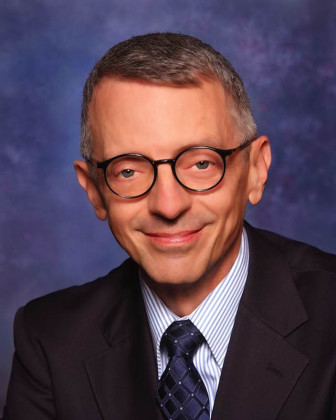 Zachary has supervised content scheduling, acquisition and production at the public broadcaster, now KCETLink, since 1997. His current title is s.v.p., broadcasting, programming and syndication. Earlier in his career he produced and directed at E! Entertainment Television.

At the L.A. station, Zachary also produced several major projects, including a documentary for KCET’s 50th anniversary. He traveled to the set of public TV’s popular Doc Martin in England to produce a behind-the-scenes special.

He succeeds Ellis Bromberg, MPTV’s general manager since 2000, who is retiring later this month.

WNYC has added two positions in its newsroom, including one to report a yearlong series on race.

And Rebecca Carroll, a contributing opinion writer for Britain’s The Guardian, will produce a yearlong series of projects about race in New York City. She will explore racial and class dynamics of school redistricting and examine gentrification in partnership with The Nation. Carroll also will work on audio projects and live events with The Brian Lehrer Show, the Jerome L. Greene Performance Space and the youth training project Radio Rookies. Carroll began her career as a producer for The Charlie Rose Show.

Two general directors and board officers were elected at the PBS Board meeting Oct. 29.

New to the 27-member body are Maxine Clark, founder of the Build-A-Bear Workshop retail chain, and Bill Imada, founder, chair and chief connectivity officer of the IW Group, a multicultural marketing agency.

The board includes professional directors from stations and general directors who serve as lay members; all serve three-year unpaid terms. PBS President Paula Kerger is also a board member.

PBS member stations elect the professional directors. The full board elects general directors, the PBS president and board officers. 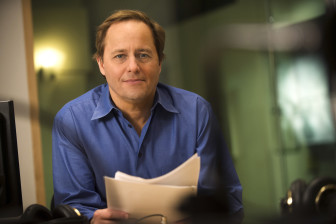 Anthony Brooks, co-host of the weekday Radio Boston at WBUR, is the station’s new senior political correspondent. Brooks will focus on major news from the 2016 presidential election, particularly the upcoming New Hampshire primary. His reports will air on local shows as well as online at Politicker, the station’s new political website. Brooks has more than 30 years of experience in public radio. Before hosting Radio Boston, he worked as a Boston-based reporter for NPR, covering regional politics, economy, education, criminal justice and urban affairs. Meghna Chakrabarti will continue to host Radio Boston with rotating guest hosts until a permanent replacement is found.

KUOW, the Puget Sound region’s public radio station in Seattle, has shifted several staffers. Ross Reynolds, co-host of the daily news magazine The Record, is taking on the new job of executive producer of community engagement. Reynolds will produce stories and live segments from the city’s neighborhoods. The Record will take a brief hiatus, then relaunch with Bill Radke as principal interviewer. Radke will also continue to host Week in Review. Also, Kim Malcolm has taken over local hosting duties for Morning Edition, and Guy Nelson is hosting All Things Considered.

Michele Gors has announced her resignation as president of KPTS-TV. She told Current she will remain at the Wichita, Kan., station through Jan. 1 to finish work on projects including year-end giving and winter pledge. Gors added that she “wholeheartedly believes in the mission of public media” but her background and interest lies in “writing and journalism, not fundraising.” Gors added: “Our state funding has been all but eliminated, which has made it very difficult to grow and do the things I’d like to do here.” She’s run the station since 2008 and previously worked as news director at KWCH, a local CBS affiliate.

Michael Titterton, president at Hawaii Public Radio for 16 years, will step down next June. “While I have no immediate professional plans following my departure, I feel strongly that it is time for me to move on,” he said in a Thursday announcement. Before arriving at HPR, Titterton was founding g.m. of WHQR-FM in Wilmington, N.C., in 1984, and he ran the station until 1997.

Two public media newsrooms are sponsoring fellows from the fifth class of the Knight-Mozilla OpenNews project. The initiative places “data and design geeks and developers” into newsrooms worldwide for 10 months, according to a Thursday announcement, to develop new approaches to journalism challenges. Interactive game developer Nicky Case, known for the Coming Out Simulator, will work at Frontline. Case describes the simulator as “a semi-fictionalized account of my coming out as queer to my conservative Asian parents.” And Lisa Charlotte Rost, who has taught data visualization at several German universities, will work with the NPR Visuals team.