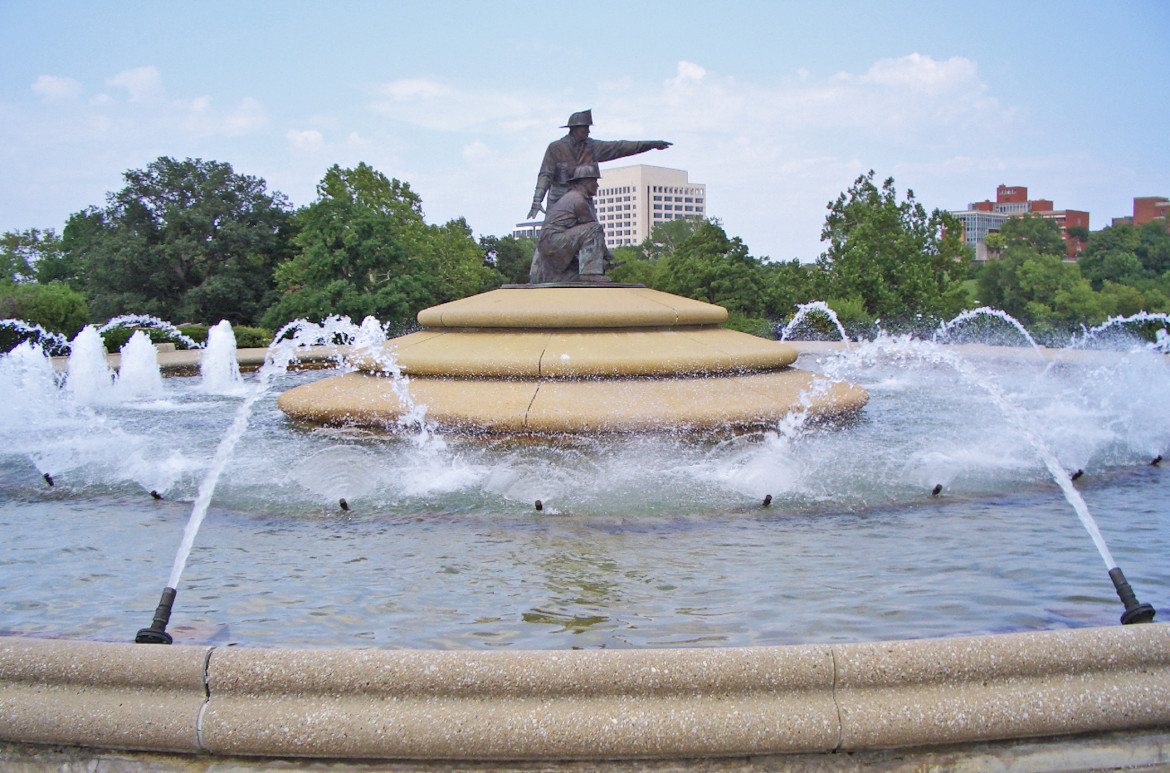 The Firefighters Fountain in Kansas City, Mo., was created after six firemen perished in a 1988 explosion. That tragedy’s aftermath is the subject of an upcoming play from StoryWorks, part of the Center for Investigative Reporting. (Photo: Creative Commons via Wikimedia) 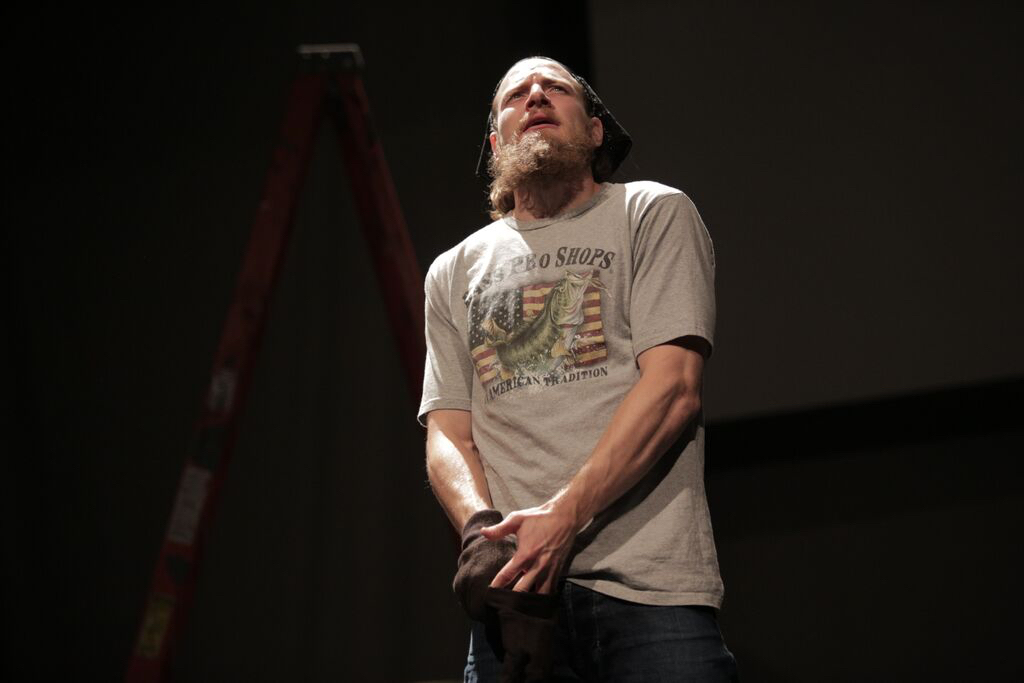 StoryWorks’ current production is “North By Inferno,” recounting the impact of several deaths of men working in the Bakken oil fields of North Dakota. (Photo: StoryWorks)

The Center for Investigative Reporting’s StoryWorks, which presents journalism projects as dramatic theater, will premiere its latest show in Kansas City, Mo.

Public TV station KCPT is partnering with an unconventional local art space, The Living Room, to examine the aftermath of a massive chemical explosion at a local construction site in 1988. Six Kansas City firefighters were killed in the tragedy.

The one-act play presentations in February will be followed by panels of local journalists and time for audience questions. Each event will probe lingering questions about the case, raised by evidence that has surfaced since the conviction and life imprisonment of five suspects in 1997.

“StoryWorks gets to the emotional truth of investigative journalism,” said Jennifer Welch, StoryWorks director. “Based on facts and allowing for artistic exploration, we delve into the personal stories behind the headlines and create dialogue through theater.”

StoryWorks’ current production, “North to Inferno,” runs through Nov. 21 in San Francisco. It recounts the impact of several deaths of men working in the Bakken oil fields of North Dakota.

Other productions since StoryWorks’ 2013 launch have been “Headlock,” which looked at abuse at California adult-care facilities; “A Guide to the Aftermath,” about female veterans coping with post-traumatic stress disorder and military sexual trauma; “This is Home,” on corruption and squalor in Richmond, Calif., public housing; and “Alicia’s Miracle,” uncovering the danger of fumigants to workers in California’s $2.6 billion strawberry industry.

Here’s a look at “A Guide to the Aftermath.”