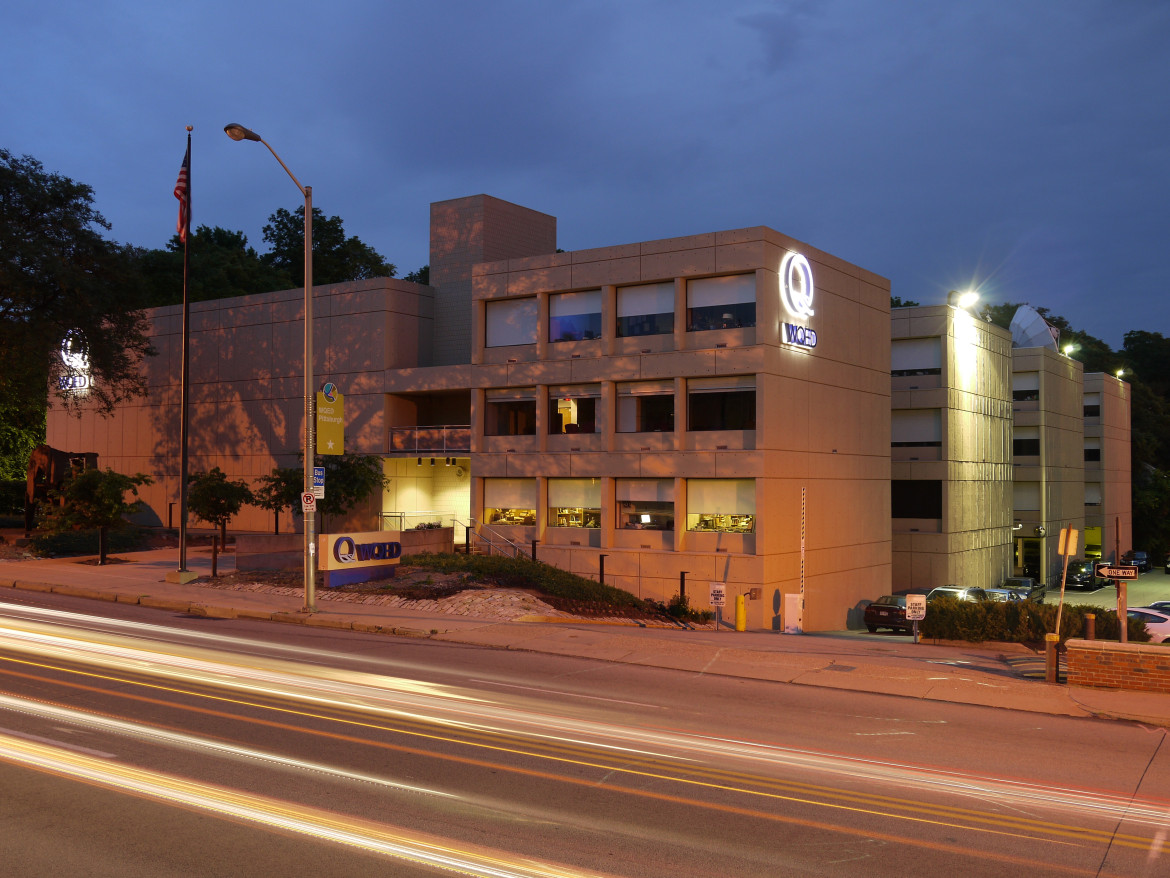 WQED will earn $9.9 million from the spectrum auction by shifting to a lower frequency. (Photo: WQED) 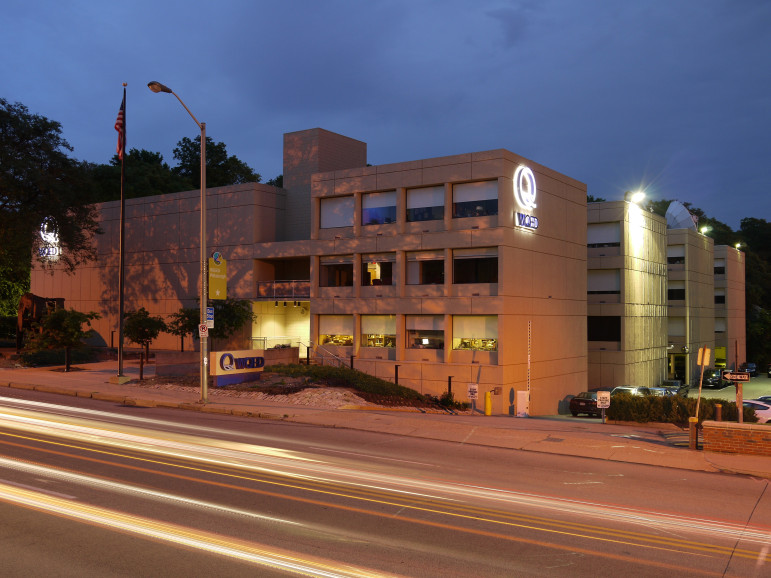 WQED has initiated a three-year financial restructuring with job cuts reducing its workforce by nearly a third. (Photo: WQED)

WQED in Pittsburgh is undertaking drastic measures to tackle a decades-old debt that once topped $17 million.

The station’s board approved a three-year overhaul Sept. 24 with layoffs and salary cuts reaching up into the executive ranks, combined with a restructuring of WQED’s entire staff. Some employees will be reclassified as part-time or on-call. The local TV production unit will be restructured, with a new programming schedule announced later this month.

“The continued availability of WQED television and radio as high-quality public resources is our only priority,” William Caroselli, chair of the WQED Multimedia Board of Directors, said in an announcement. “This was a difficult but prudent decision, and one that the board fully embraces.”

Once ranked among top-producing PBS stations, WQED was a hub of creativity in its early years. Fred Rogers created his iconic children’s program Mister Rogers’ Neighborhood in its studios, and the station played a role in bringing National Geographic Specials and Where in the World is Carmen Sandiego? to PBS. It also gave birth to producer TJ Lubinsky’s lucrative musical pledge franchise.

But by the end of the 1980s, WQED took a battering one-two punch: The closure of Pittsburgh’s steel mills severely contracted the local economy and its corporate underwriting sales. Then the station lost its contract with National Geographic.

To maintain its national production profile, WQED took on debt, betting that the next big contract would come along and that the city’s economy would recover fairly quickly. Neither happened, and the debt grew.

WQED’s leadership consulted funding partners and other stakeholders before finalizing the plan for cutbacks, the statement said.

Those parties “want and deserve decisive action that delivers great programming while confronting the legacy of unsustainable debt and dramatic ongoing change in the media landscape that has threatened the future of public broadcasting across the country,” Deborah Acklin, station president, said in the statement.

Local media reported that nearly a third of its workforce — 17 staffers out of 60 — lost their jobs Sept. 24. Acklin, who declined to discuss details of the layoffs, said in an interview that reductions took place across all departments of the dual licensee.

The revamp constitutes “significant changes to [WQED’s] operations and staffing model,” according to an announcement from the station.

The board also directed WQED to restructure its debt, currently around $5 million, with a goal to retire it by 2030. The debt, which accumulated as a line of credit, has been renegotiated into a term loan, said Carole Bailey, the station’s chief financial officer. This month WQED started making weekly payments that will continue for 15 years.

Bailey was among the staffers laid off, a station spokesperson confirmed. Her last day was Sept. 30.

While each local station’s financial situation is unique, debt is a challenge across public television, according to CPB. Its data shows that many stations, especially in smaller markets, are carrying heavy debt loads. Ted Krichels, CPB’s s.v.p. of system development, described the accumulation of debt as “a warning flag that we all need to look at.”

CPB’s financial data of 170 public TV stations for the past five years shows that only 44 percent have a budget surplus, up from a low 37 percent in 2013, Krichels said. CPB does not break out financial data for dual licensees such as WQED, which also operates a classical music FM station.

Public TV stations operating in the red must either take loans or dip into reserves to fund operations, Krichels said, except in cases where a licensee can come to the rescue.

“Right course once and for all”

In WQED’s case, Acklin described the debt as a “fiscal shadow” that continually loomed over WQED, an independent community licensee. “We came to the point where the underlying structure of the organization had to be overhauled and set on the right course once and for all,” she said. 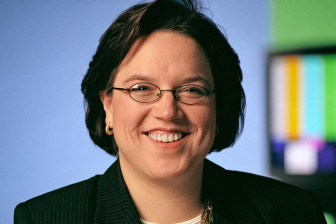 Acklin had inherited the problem from her predecessor, George Miles; previous administrations had handed it down to him. Although Miles and Acklin had slowly winnowed total debt down from a high of $17 million, the station could never fully escape the financial pressure of meeting its debt payments.

“The whole place was dysfunctional,” Miles said of WQED in the mid-1990s. “We had to close bureaus in Los Angeles and New York City. We cut back staff — at one point we had 17 vice presidents.”

“Everybody blames previous station management,” Miles said, “but we were truly in the middle of the collapse of the whole community.”

The station sold off assets such as Pittsburgh Magazine, laid off staff, phased out remaining national projects, turned its focus to local productions and tried to sell its second TV station, WQEX. It took more than a decade, and a battle at the FCC, but ownership transferred to Ion Media in 2010 for $3 million. At the time, Acklin cautioned: “Any influx of $3 million begins to ease financial worries. It does not, however, make us flush.”

Exacerbating WQED’s dire financial situation, Acklin said, was a PBS dues freeze in the early 2000s “which nearly killed us.” After the station had reeled in a $12 million production deal for The War That Made America, a four-part PBS series on the French and Indian War, PBS froze its membership dues. Funds from the historical series, which aired in 2006, inflated WQED’s revenues, but only temporarily. The station had been operating on a budget of around $23 million.

“We were paying a disproportionate share of national dues,” Acklin said. “I calculated in my own head, during dark moments, that we were paying $750,000 a year more than we should have been.”

WQED’s request for dues relief was turned down by PBS, Acklin said. At one point, management even considered dropping PBS membership — which KCET in Los Angeles did in 2010, during a similar dues squeeze — but ultimately decided against it.

More recently, declining support from Pittsburgh’s philanthropic community has added to the financial pressure. This year the Heinz Endowments — which has given WQED 27 grants since 2002 totaling more than $4 million — has not contributed to the station. Money from the Richard King Mellon Foundation fell from $1.2 million in 2013 to $600,000 in 2014 and zero this year.

Declining government funding has also taken a toll, Acklin said. Total Community Service Grants and other CPB money for WQED-TV and WQED-FM peaked at $2.8 million in 2006 and has since fallen by more than 45 percent, to $1.5 million in 2015.

And the state of Pennsylvania, which had provided $11.3 million in support to the state’s eight public television stations, eliminated its annual subsidy in 2009. Democratic Gov. Tom Wolf’s proposed budget restores some of that funding, but the state legislature remains at a stalemate over its passage.

All that, combined with the ongoing debt, “inhibited WQED from innovating and experimenting,” Acklin said. “We knew that to reach the next step, this reorganization was necessary.”

Correction: An earlier version of this story gave incorrect amounts for the production deal for The War That Made America and for WQED’s budget prior to the deal.