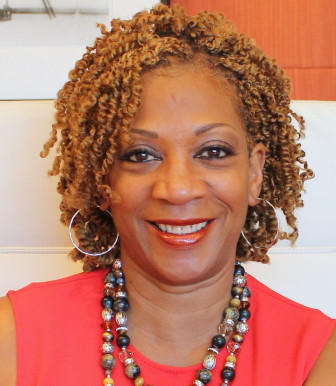 NYPR President Laura Walker said that as the organization expands program and podcast production, “we see a need and an opportunity to put a sharper focus on diversity and inclusion in all that we do, and bring a broader set of voices to the table.”

Victoria Taylor, a digital journalist previously in charge of reddit’s popular Ask Me Anything feature, will host Vermont PBS’s new series InnoVaTe. Taylor will interview entrepreneurs and other innovators statewide for the series, set to premiere early next year. She’ll also continue as director of digital community at the New York City headquarters of WeWork, which provides workspace, community and services to independent workers in 16 cities worldwide.

Larry Ciecalone, former president of KVCR in San Bernardino, Calif., is the new executive director of KEET-TV in Eureka, Calif. At KVCR, Ciecalone was instrumental in developing and launching the FNX (First Nations Experience) Television Network, providing Native American content to stations nationwide. He also worked at KETN, an educational network in Bakersfield, Calif., and spent 20 years at KLVX, now called Vegas PBS. Ciecalone succeeds Ron Schoenherr, who will retire soon after 16 years at the station.

David Mullins is the new general manager at WFSU, a dual licensee in Tallahassee, Fla. Since 2007, Mullins was president of WVPT in Harrisonburg, Va. He also spent nearly two decades at WPBT in Miami, including nine years as marketing v.p. and two years as production director. He succeeds Patrick Keating, who served as WFSU g.m. from 1995 until his retirement earlier this year.

Journalist Linnea Edmeier is the new managing editor for news and information at Capital Public Radio in Sacramento, Calif., responsible for several programs and the statewide Capital Public Radio Network. Previously Edmeier produced the afternoon newscast for KGO news/talk radio in San Francisco. She also led outreach and engagement for the UC Berkeley Graduate School of Journalism. As a former captain with the California Department of Forestry and Fire Protection, Edmeier is frequently consulted during coverage of wildfires.

Journalist Scott Shafer has taken on an expanded role in the KQED newsroom as senior editor of the California politics and government desk. Shafer is supervising a three-person team covering the state and will help coordinate coverage of the 2016 election for the San Francisco station. Since joining KQED in 1998, he has covered stories for NPR’s news shows and The California Report, a half-hour weekly news magazine.

KQED in San Francisco has hired Brenda Tucker as executive director of marketing and communications. Tucker recently served as communications director at California College of the Arts; earlier in her career she worked in publicity at Chronicle Books and Smithsonian Press.

Two public media journalists are among incumbents re-elected to two-year terms on the board of directors of the Online News Association. P. Kim Bui, West Coast producer at First Look Media, and Eric Carvin, social media editor at The Associated Press, return to the governing body of the membership organization for digital journalists.