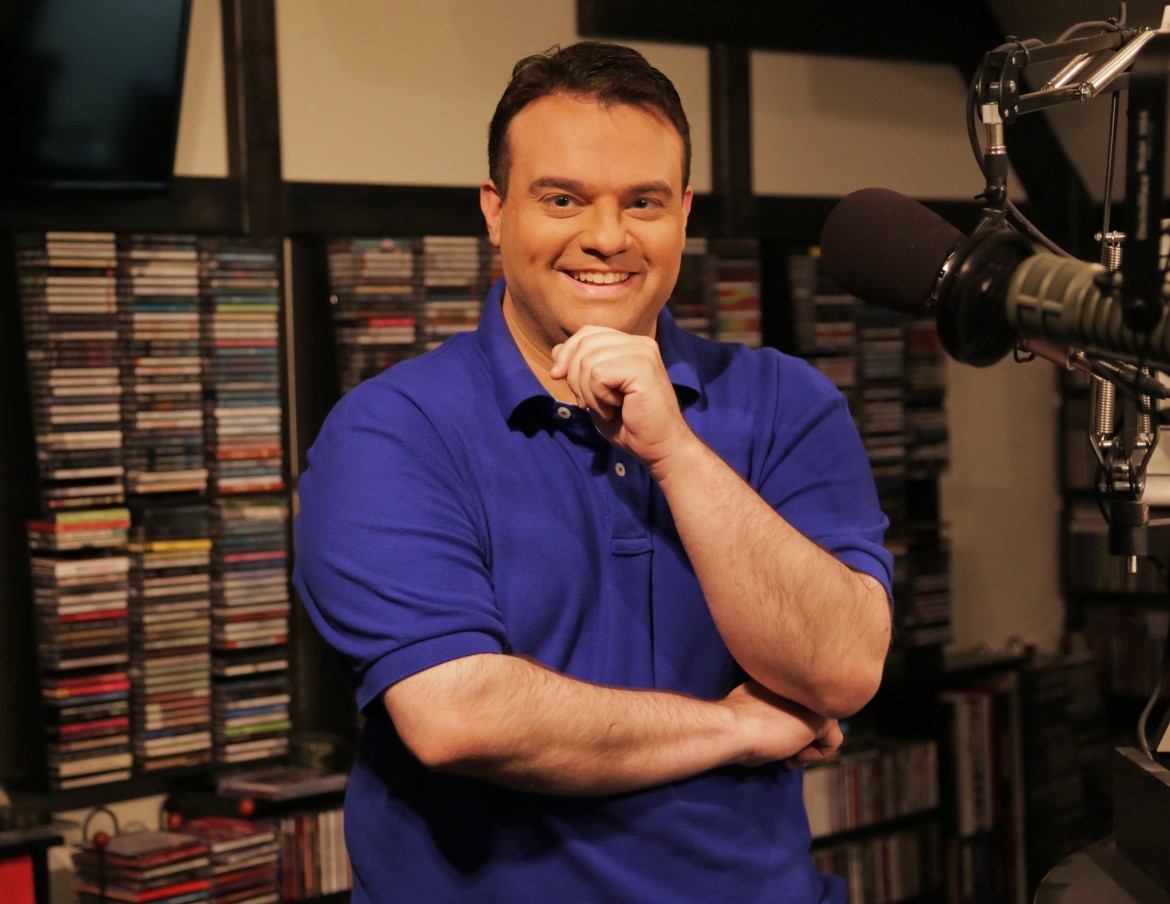 TJ Lubinsky is a big fish is a very particular pond.

As the creator, producer and host of the My Music specials that are virtually synonymous with public TV pledge drives, he’s “among the most successful fundraising producers for PBS,” according to Joseph Campbell, the system’s v.p. for fundraising programming.

Lubinsky’s formula of repackaged pop, soul and nostalgia have touched the hearts — and checkbooks — of millions of viewers. But, as Lubinsky himself admits, “I’m not out to make great shows; I’m out to make great fundraising shows.” And for that distinction, he’s become something of an albatross that lays the golden egg.

Lubinsky’s pledge-drive specials — with their reliance on archival footage, faded stars and infomercial-style breaks to push for donations and plug CDs – may seem alien to public broadcasting’s purported mission. But it’s not for lack of love for PBS, which inspires in Lubinsky the enthusiasm of Sesame Street’s Elmo.

“There was nothing else I ever wanted to do but work in television,” the 43-year-old producer/presenter said in a recent interview. “And only in public television, because I believed in what it did.”  But he understands that there is some resistance to his shows both inside and outside PBS, because they — and other pledge-drive specials — stray from the core programming and perhaps even the message of public broadcasting.

“Fundamentally, I believe these core shows should be the springboard for all that follows on air,” Lubinsky said. “As someone who has been in station development for more than half my life, I can agree the selection of certain genres of pledge programs could deflect from that core-programming culture.”

But, he added, “let’s not forget that what elevates PBS programming is that the content itself connects in a way with viewers that they just don’t experience on commercial television. That’s true for the My Music programs just as it is for Great Performances, Nova, Nature and Masterpiece Theater.”

Asked whether his programs should, in fact, be part of PBS core programming, Lubinsky is blunt. “I won’t kid you, at many times I feel in my dealings with PBS like William Daniels as John Adams in the film/musical 1776 — when he sings, “Is anybody there? Does anybody care?’ We keep trying but haven’t found anyone to listen or champion the possibilities in Crystal City.”

Lubinsky does have his champions. He “has raised more [money] than anybody else,” said Kent Steele, senior director, programming administration at New York City’s WNET.

Iowa Public Television’s Patty Foster looks beyond the phone banks that light up during Lubinsky’s pledge shows. “It would be easy to look at just the revenue that TJ’s programs have generated over the years,” she said. “I prefer to look past the revenue and consider the impact these programs have on our viewers and donors. We know the emotion they feel — because we feel it, too.”

PBS’s Campbell concurred. “He has been extremely successful in tapping into viewers’ fondest musical memories and converting them into a contribution to a member station,” he said.

The very existence of Lubinsky’s programs might well irk some portion of the public TV audience; after all, they are a recurring reminder of the aging PBS demographic and thus the fading of the viewer’s own youth. But as an on-air host during pitch breaks, Lubinsky radiates deep knowledge and appreciation of the golden hits of yesteryear and commitment to a cause that’s been a passion since childhood.

At age 11, he petitioned his local Florida station to air more episodes of Doctor Who, the show he says got him hooked on public broadcasting. Shuttling between school terms in Florida and summers in his native New Jersey, Lubinsky volunteered at whatever public station would have him, raising money, working phones, learning whatever he could about the business of TV production — while also working at burger joints and sandwich shops at the Jersey Shore.

“I was learning how to read people — if they’re regular, or you want to make them a regular; learning how to get them to come back and maybe bring other people with them,” he said. It’s what he tries to do at PBS.

Lubinsky is unabashed about the intent of his shows, which have featured performances of mature acts that reunited for a pledge show, repackaged TV specials presenting iconic performers of the past or programs that profile an artist with archival clips of performances from their heyday. Most of the music was long ago banished from the airwaves. (His latest project is a remastered version of the special The Carpenters: Close to You, which will air in December.)

“For me, it’s a way to say ‘thank you’ to the artists, many of whom weren’t even allowed on TV because they played what they called ‘race’ music,” he said, referring to the African-American acts that figured so prominently in past My Music productions. “So it’s bringing back respect and history for them, but also for their audiences, which is now facing their own end of life. It’s kind of a way to help heal musically. We’re there to help people feel better.”

Lubinsky is based in Pittsburgh, where he began crafting his formula for pledge-drive success at WQED.

To which Rogers would reply, “‘Don’t be silly. My dear, you have no idea the lives you’ve touched and what a special thing that is.’”

One of Lubinsky’s more recent projects at TJL Productions, which he founded in 2003, has involved the resuscitation of The Ed Sullivan Show into the Rock and Roll Classics series. Andrew Solt of SOFA Entertainment (which owns the Sullivan archive) said Lubinsky’s enthusiasm and obvious appreciation for what the shows meant convinced him to go with Lubinsky over other persistent suitors.

“He is a gifted producer who has great instincts and a rare passion for the variety format,” Solt said. “Not to be overlooked, of course, is the fact TJ is great to work with. At his core, I think he’s a true showman — a comfortable host, a knowledgeable music specialist and an excellent producer with golden-gut instincts.”

Those instincts can be a bit drastic, considering the material. Lubinsky told Solt that in order to make Ed Sullivan successful as a fundraising vehicle, “we have to take Ed out of it.”

Lubinsky recalls Solt’s reaction: “He said, ‘What do you mean?’ I said, ‘He’s there to introduce the acts, but we have to get rid of the plate spinners, the Hungarian gymnasts, and just have the rock and roll, back to back.”

Give people what they really want, Lubinsky said, and they might just give back.

2 thoughts on “Lubinsky’s pledge shows may mine nostalgia, but the “content connects””