When an older person falls and breaks a hip, it’s a moment that changes everything. Not just for patients, but for their families, too.

Falls are the leading cause of injury death for older Americans. One of every five people who breaks a hip after age 50 dies within a year.

KERA wanted to explore the wide-ranging fallout of a broken hip — not just what happens to a patient, but how family dynamics shift, how home design is changing to help seniors, and how research is helping patients make faster recoveries.

The result? The Broken Hip, a digital and radio series.

In September, The Broken Hip was honored with an Online Journalism Award by the Online News Association. The judges noted the KERA project “featured strong reporting and video, focused on a demographic that’s often overlooked in media, providing valuable and practical takeaways for readers through the use of compelling graphics.”

How to make it compelling

The biggest challenge: how to make a potentially dry and dull topic compelling online and on the radio. The key: strong storytelling.

Reporter Lauren Silverman found patients and family members willing to share their stories. When they recounted moments, we knew the topic wasn’t dry or dull.

One woman who broke her hip, Jeanette Mariani, talked with Lauren in a Dallas rehabilitation facility. She died weeks later, before the series was finished. Her death drives home the seriousness of hip fractures and provided an emotional way to introduce the series.

We used Creatavist to build a website for the project. Creatavist, now called Atavist, is an online publishing platform that allows you to post stories without having to build a site from scratch. You don’t need to know how to code, and you can post stories with ease. Old family pictures helped boost the online presentation by showing the people featured in the series not just as patients, but people who’ve lived full, rich lives.

Videographer Dane Walters worked with Lauren to create videos of people in the series sharing their experiences in their own words.

We wanted a “showcase graphic” to anchor the online presentation. We wanted it to be interactive and to do something we hadn’t seen anywhere else: how to avoid falling in your home. Ryan Tainter, KERA’s interactive content producer, didn’t create something merely bright and shiny, but a graphic that conveys meaningful information. 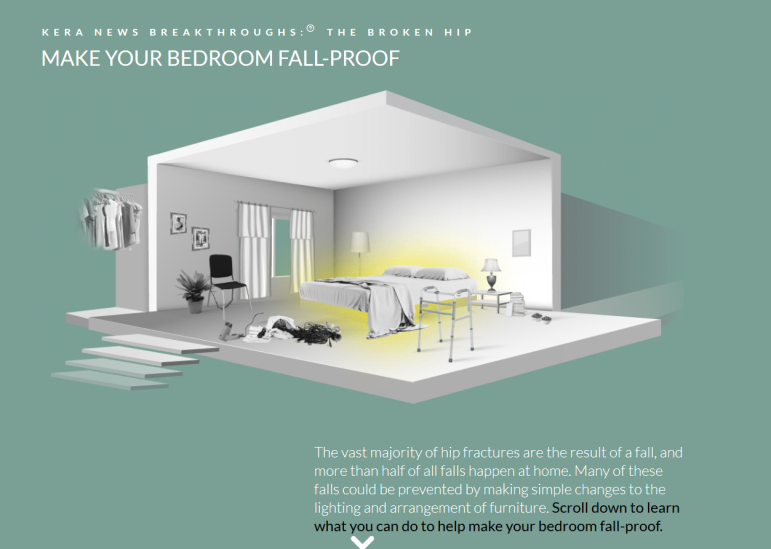 The series features nine stories. We faced visual challenges. We had pictures of the people featured in the stories, but some of the stories focused on health-care costs and how hip replacements have evolved — ideas hard to capture with pictures. But the history of hip replacements is fascinating. (In the 1890s, doctors tried ivory and plaster of Paris!) To help give the hip-replacement history story some visual oomph online, Ryan created graphics that showed the evolution of hip replacements. 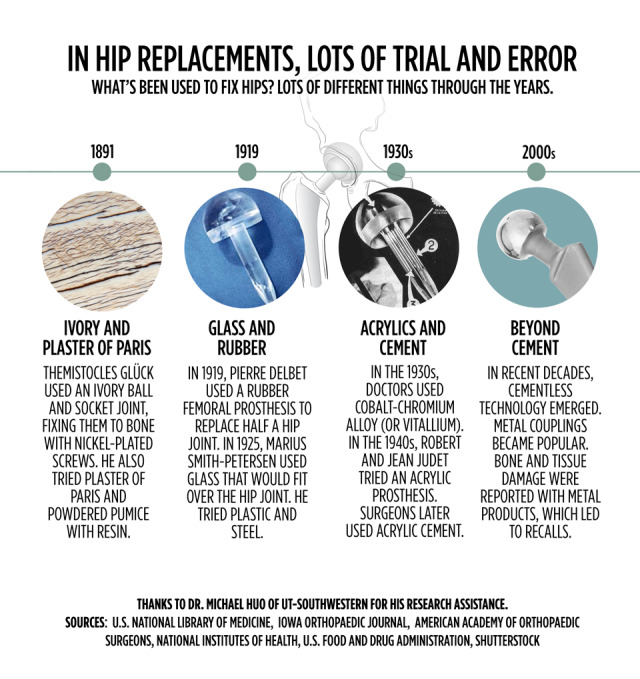 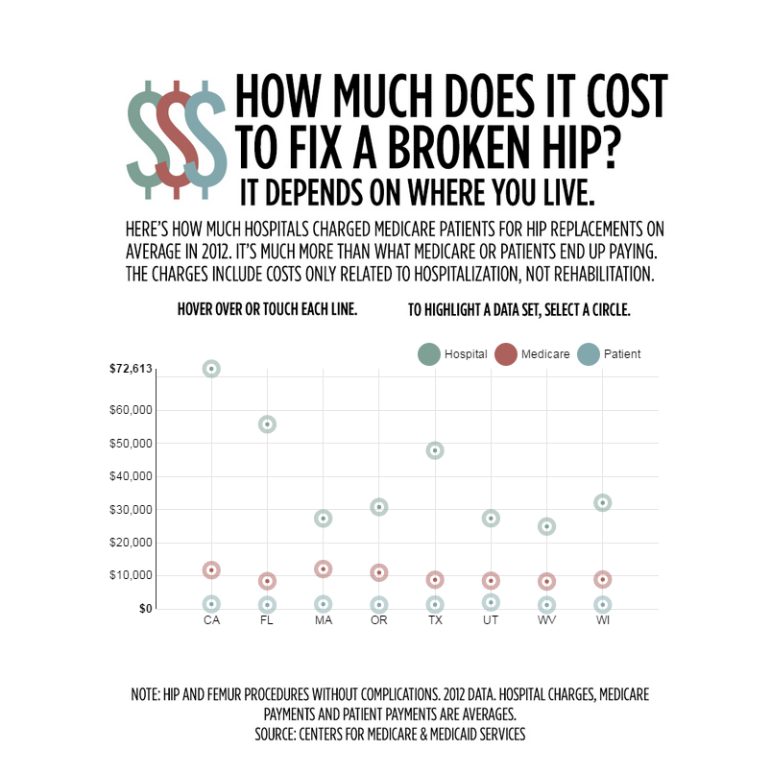 How do you make hip fractures resonate via social media?

KERA reached out to Next Avenue, a public media service for people over 50, to place the series on its website and Facebook and Twitter accounts. We also worked with Baylor Health in Dallas, which spread The Broken Hip via social media. And NPR’s Morning Edition posted the project on Facebook. Website traffic was particularly strong from Morning Edition’s Facebook page and Next Avenue’s website and Facebook page.

Lauren conducted Twitter chats, using the hashtag #TheBrokenHip, with caregivers and health experts about preventing falls and caring for patients.

KERA also reached out to engage the community in person. A panel discussion featuring people in the series was held at Baylor and streamed online.

Creatavist is a great publishing platform, but we’re now building our digital projects on WordPress. Ryan created a template that can work for project after project, so we don’t start from scratch.

We learned visuals are so important to online work. Since The Broken Hip, we’ve budgeted for freelance photography and videography as part of every project.

It takes a team to create these projects. It doesn’t need to be a large team. But you need people who bring different strengths to the table. Give them the time to produce something special. Encourage them to think big and try new things. An important note: Everyone continued to produce daily work. We just juggled the daily duties with the project.

This type of project takes a lot of coordination and communication. Expect delays and build in extra time so you’re not rushing to get something special on the air or online.

It’s worth the effort because KERA created something that resonated with listeners, readers and viewers.

But it’s worth the effort for the news team, too. These digital presentations allow the radio stories to live on long after they aired. We’ve developed new skills — skills we’re using as we launch other digital projects.

Eric Aasen is digital news editor at KERA in Dallas/Fort Worth.