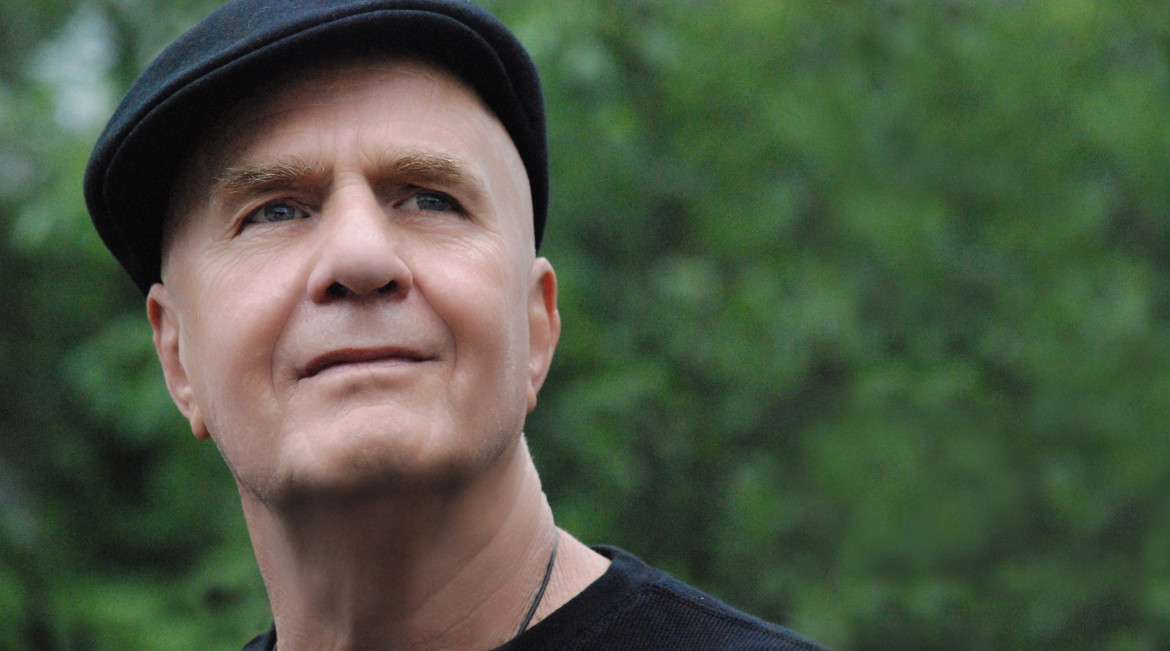 Wayne Dyer, the self-help author and speaker whose inspirational pledge shows raised millions of dollars for public television stations, died in his sleep of a heart attack Aug. 30 at home in Maui, Hawaii. He was 75.

Dyer’s 10 fundraising specials for public TV brought in more than $200 million for stations, making Dyer “one of PBS’s most successful fundraisers,” according to a statement from Hay House, his publisher.

His message was simple: All humans, he believed, are connected to a divine source, and by tapping into that divinity we can live better and richer lives.

“We are saddened by the sudden passing of Wayne Dyer,” said Joe Campbell, v.p., PBS fundraising programming, in a statement. “Wayne was a source of inspiration and comfort for millions of viewers. An ardent supporter of our system, his programs were a key part of local stations’ fundraising activities for nearly 20 years. His great enthusiasm and tireless energy will be greatly missed.”

At the time of his death, Dyer’s longtime producer, Niki Vettel of RealityCheck Media Productions, was working with him on a “Best of Wayne Dyer” retrospective pledge show for March 2016. “It’s my intention to continue with that project on that same timeline,” she told stations in a note Aug. 30.

Dyer went far beyond simply taping pledge breaks for stations, she said. “For each of his shows, Wayne would do a minimum of 20 station visits,” Vettel said. “He was just a road warrior. He’d say, ‘I want to go to as many as I can.’ We’d try to move him in some logical way in one direction across the country and another direction back. He’d do a station a day.”

Even a 2003 heart attack couldn’t stop him. After surgery to have a heart stent inserted, “he calls me that night and says, ‘I think I can still get to WNET’” three days later, Vettel said. She convinced him to rest a few more days.

Those personal appearances could be extremely lucrative for local stations. Vettel recalled being awakened by a phone call from Dyer and a producer at KUHT in Houston. “They called me at midnight screaming, the two of them, that they’d made $100,000 that night” on 2004’s Power of Intention.

“Having Wayne at the station was always an extravaganza,” said Maura Daly Phinney, v.p. of membership and on-air fundraising at PBS SoCal. Phinney previously ran pledge at KPBS in San Diego, where Vettel produced several of Dyer’s programs. “We would do each new show live twice in a weekend, once on Saturday and then again on Sunday,” Phinney said. “With six hours of live TV with Wayne, you were never quite sure what was going to happen.”

“Wayne was one of the most focused people I have ever met,” she added. “But he could also be quite silly. So it always made for a memorable weekend.”

Even after his death, Dyer continues to generate support. Phinney said a longtime PBS SoCal member, on hearing of Dyer’s death, emailed: “It’s people like Dr. Dyer and others that I’ve come to know and dearly respect watching PBS . . . he provided me with wisdom, courage and self-awareness and it is why I decided to become a lifetime member to PBS. I will increase my donation to PBS, my way of honoring a great humanitarian and continued support of the outstanding work that PBS provides . . . ”

But his programs also had their detractors. In 2002, TV critic Robert Laurence of the Union-Tribune in San Diego described pledge personalities Dyer and financial adviser Suze Orman as “hucksters.” And in 2012, after watching an online promo for Wishes Fulfilled that identified Dyer as a “beloved spiritual teacher,” PBS Ombudsman Michael Getler wrote that he “sensed” that Dyer’s approach may violate PBS’s standards prohibiting religious programming; PBS disagreed.

Vettel also disputes that claim. “Wayne didn’t belong to any church,” she said. “He referenced a wide range of spiritual references — Buddha, the Koran, both the Old and New Testament, and philosophers like [Ralph Waldo] Emerson.” 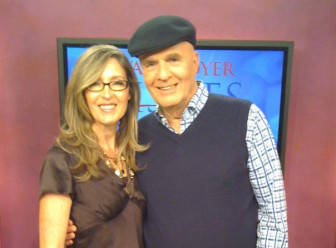 Davidson said of Dyer, “He was absolutely committed to PBS.” (Photo: BaBette Davidson)

And he truly believed in PBS’s mission, said programmer BaBette Davidson. She has lost count of how many pledge events the two co-hosted going back to the late 1990s, when she programmed Georgia Public Broadcasting.

“He was absolutely committed to PBS,” said Davidson, now president of the Programming Service for Public Television. “He saw PBS as a great marketplace of the mind, a wonderful place to share thoughtful, enlightening programming. He watched and supported — he was a member himself.”

Beyond being an inspiration to millions of fans, Dyer was also a good friend personally, Davidson said. She recalled the day her 19-year-old daughter had to undergo surgery for thyroid cancer; Dyer rang her cellphone as she drove to the hospital. “He said, ‘I’m praying for you and your daughter today.’ He’d taken the time to remember to call me.”

“People ask me about Wayne a lot,” Davidson added, “and I share that story. That’s indicative of the man he was. There was no benefit of him calling me, no gain for him. That was just an honest sharing of his spirit with mine.”

Dyer was born May 10, 1940, in Detroit, Mich.; he earned his doctorate in educational counseling from Wayne State University there. He taught as an associate professor at St. John’s University in New York City and remained a practicing clinical psychologist.

His first self-help book, Your Erroneous Zones, launched his career as a speaker in 1976. Eventually he wrote 42 books, 21 of which became New York Times bestsellers.

At the time of his death he was working on the launch of his upcoming book, Memories of Heaven: Children’s Astounding Recollections of the Time Before They Came to Earth.

The family suggests memorial donations to one of the causes Dyer was most passionate about: gun safety, non–genetically modified foods, and education.

Correction: This post was updated to reflect Dyer’s official date of death.

2 thoughts on “Wayne Dyer, ‘one of PBS’s most successful fundraisers,’ dies at 75”