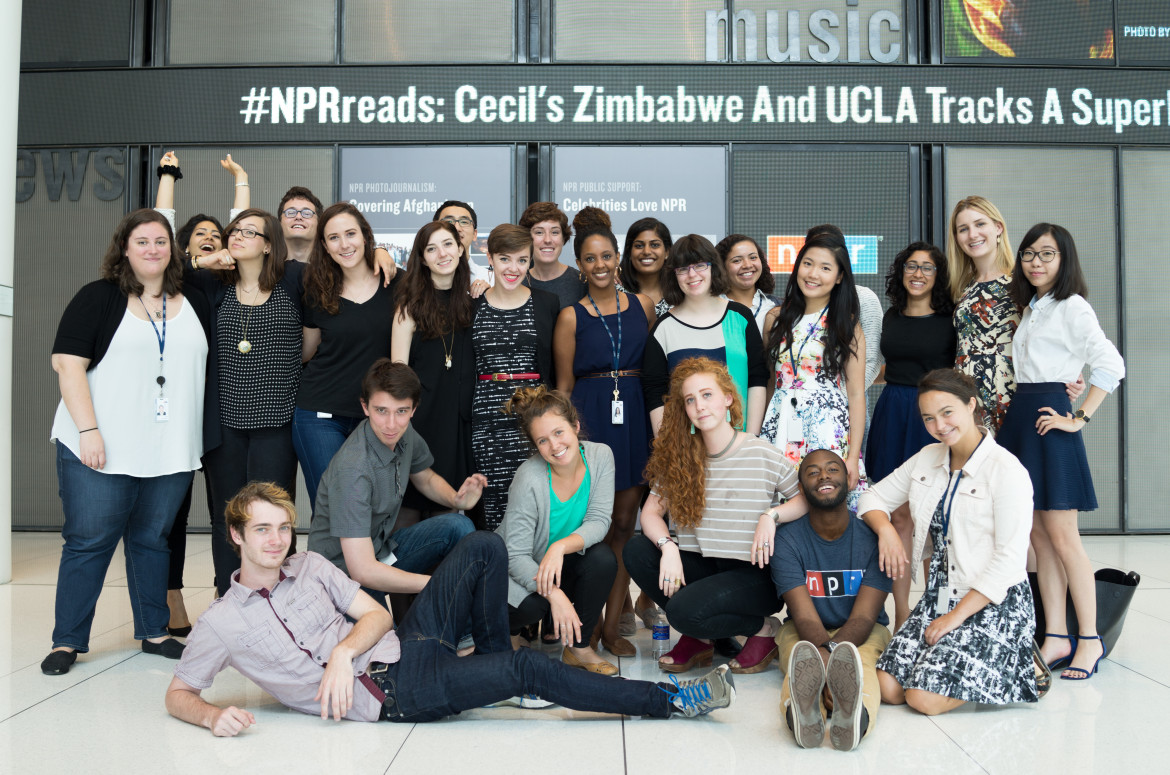 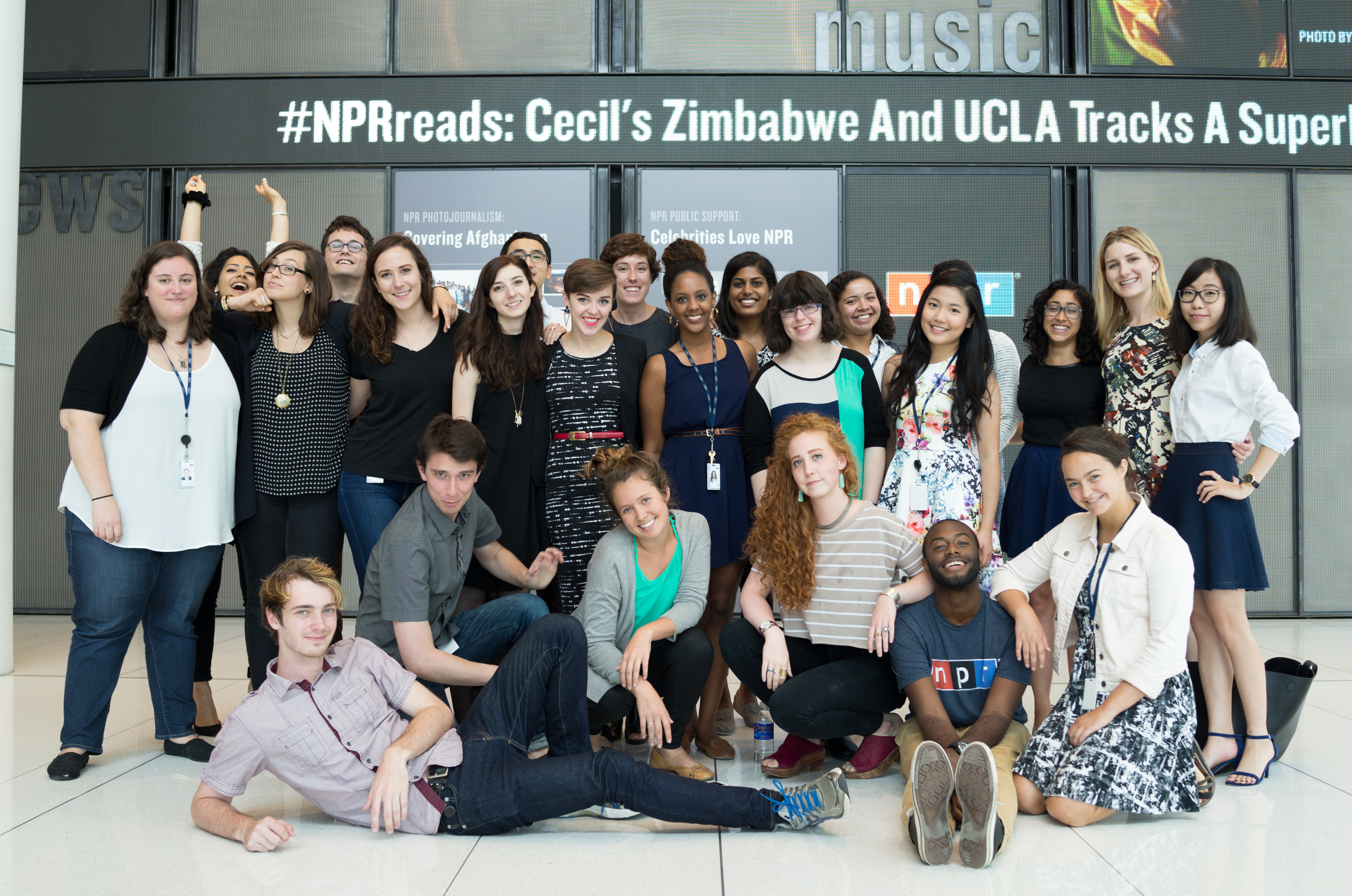 Members of NPR’s 2015 summer intern class pose for a picture at the network’s headquarters in Washington, D,C. (Photo: Wanyu Zhang/NPR)

While many of their peers were home with family or soaking up sun at the beach this summer, public media interns across the country were getting a taste of what it’s like to work at a show, station or network. Current asked a few to talk about what they loved and what they learned. Here’s what they said. 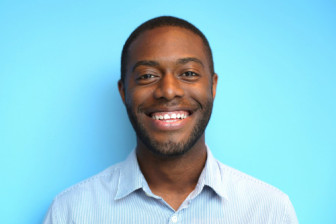 On the best thing about NPR:

The work environment. Being there felt like I was surrounded by family, like I was at home. Your peers want to hear your ideas and help you manifest them.

Favorite memory:
When [NPR President] Jarl Mohn complimented my group selfie–taking abilities. One could say my entire life was just preparation for that moment.

An excellent network and great friends. I am so proud of the accomplishments of my department and fellow interns. The future of public media is bright because of their talent, and I am so honored to have been on the team. 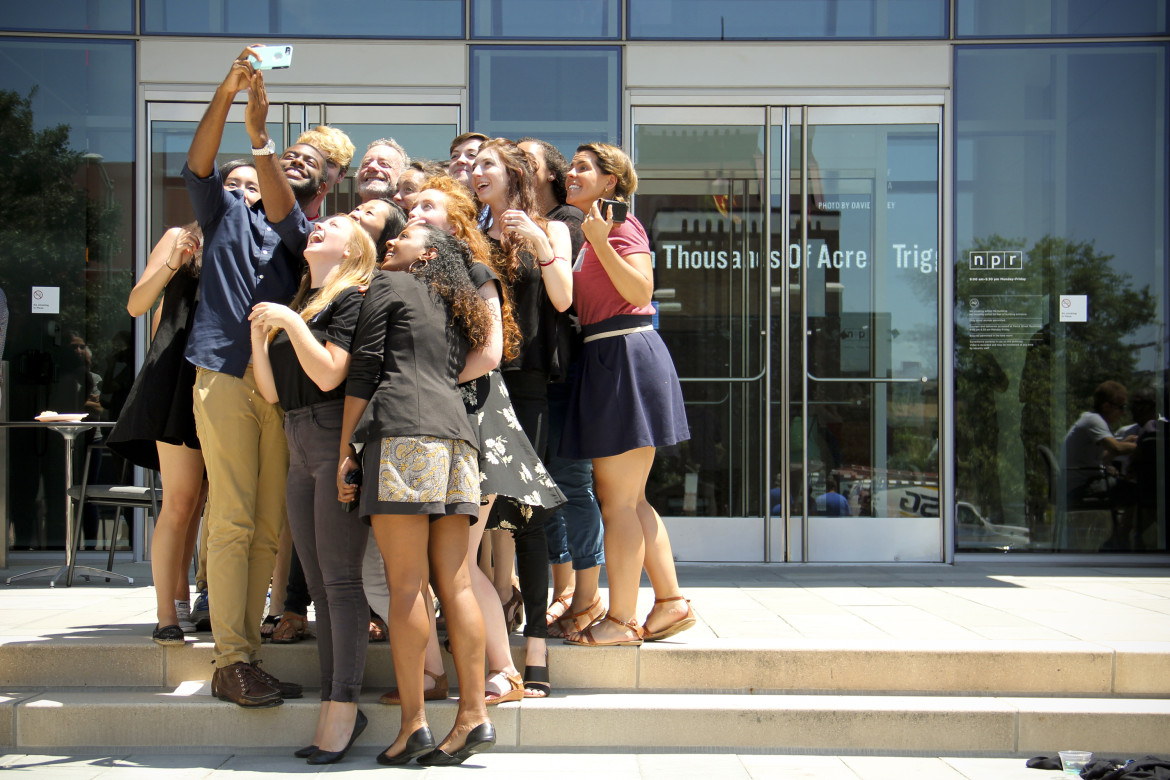 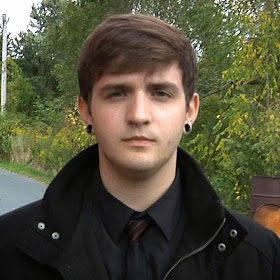 One thing I remember was a going-away party that some employees held for another young woman that was moving on to another company. Everyone was there, including my boss, reporters, and other staff members that wanted to wish her good luck on her way, and it was very touching, because I could see how genuine they were being and I could feel the inside jokes going over my head.

So at that moment I realized that the best thing about public media is how much you can trust it. Those people weren’t putting on a show, there were no obligations, they were being authentic, and I could see that authenticity there, at that party, and also in their work as journalists.

This internship really helped me to learn how important it is to take that level of trust seriously, because part of being a journalist is objectivity and being honest. And I think that public media organizations exemplify those characteristics better than many other media organizations today. 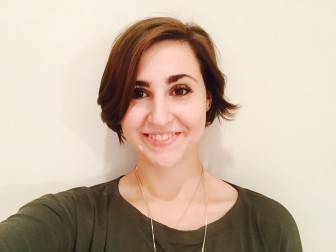 On the best thing about Frontline:

How truly diverse the newsroom there is. As an undergraduate trying to navigate what I wanted to do and what I needed to accomplish to get there, this breadth of experience proved immensely helpful. Whether I had questions about what it took to be a great magazine writer, or if going to law school was the right decision for me, there was someone there who had the back story, insight, or wisdom to answer all my questions.

Everyone at Frontline is incredibly approachable. There was never a sense interns weren’t allowed to engage with the stories Frontline was telling or the people telling them. We were there to learn by doing, and we were encouraged to participate. It wasn’t even a month into my time there that I found myself eating lunch with one of our producers, who had just returned from Syria’s Northern Front. And in the staff meetings, Raney Aronson-Rath, the executive producer, would encourage interns to speak up and share their ideas, and took the time to introduce herself to them. 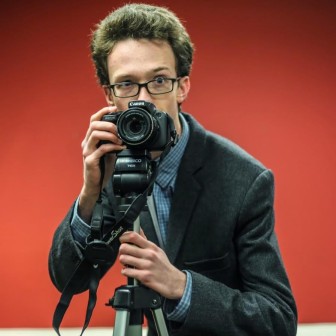 The office space is abuzz with the birth of a new installment in the award-winning series, Beyond the Light Switch; the studios are alight with the return of the acclaimed Knit and Crotchet program, filled with more seasonal quilts and adorably stitched pot holders than ever before; and somewhere in between is the rarefied air of a news station as passionate and introspective as the city it resides in. Okay, it’s in Wixom, [Mich.] but Detroit is still the heart and soul of the broadcast.

In one day, let alone the entirety of the internship, I learned so much about the inner and outer workings of public television — a wide-ranged taste test of departments, working in tandem and individually, to create the best programing possible for Michigan and beyond. I hear that in Canada, DPTV is PBS.

The news, more than ever, has become about being connected. And suddenly the world doesn’t seem so vast anymore. Just watching how immediately a story can unfold at DPTV — how the current affairs from right next door are so readily blended with the current affairs halfway across the planet — I’m realizing that the world is our neighborhood now. There’s that good ole Mister Rogers from PBS in my head. So glad to be everyone’s neighbor. 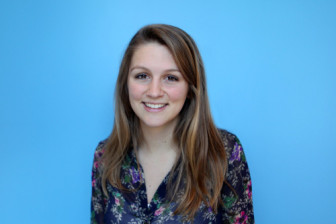 It was a special experience working at NPR because everyone is so passionate about public radio there. It is amazing working with such intelligent and hilarious people. Besides the great people I met, the Tiny Desk Concerts were so cool to see. Being able to see talented artists perform live during my lunch break . . . most people can’t say they see that at work.

The intern events. It could’ve been easy to feel trapped within my department, so I loved having the opportunity to learn what others at WETA do. It also helped me to realize what types of careers are available in public broadcasting, and which ones may be best for me.

I always knew I wanted to go into journalism/writing of some kind, and my experience at WETA has encouraged me to think about going into public media/broadcasting. I love the intersection of media and education in this field, and hope to do something similar — using the skills I gained this summer — in my future. 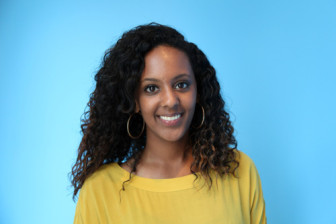 On the best thing about NPR:

How warm and welcoming everyone is there. Everyone genuinely wants to see interns succeed and make the most out of the experience. I also loved getting to meet people I admire like Michel Martin and Audie Cornish.

This is so hard to say because it was filled with so many awesome memories, but I loved Periscope-ing with Ari Shapiro and Kelly McEvers to introduce them as the newest additions to All Things Considered. And since my journalism background is solely print and digital, I also loved learning production skills from one of the most fabulous producers at NPR, Freddie Boswell.

It’s important to stand up for yourself and what you can bring to the table. If you don’t fight for yourself, no one else will.

Read more about NPR’s interns on the NPR Intern Tumblr

One thought on “Summer pubmedia interns reflect on their experiences”