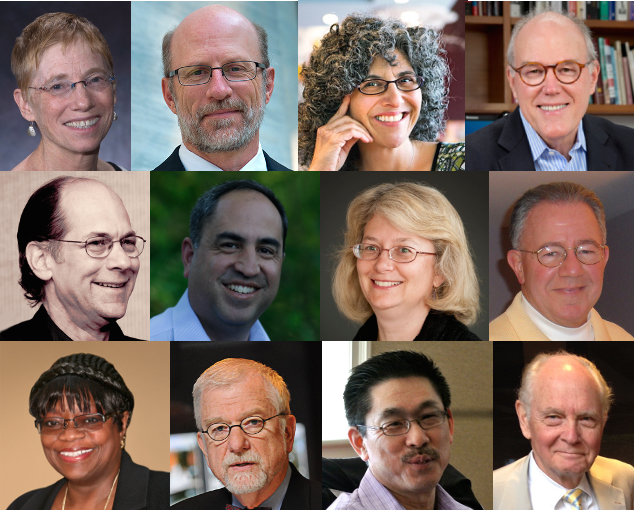 Current turned 35 this year. We didn’t throw ourselves a party, so don’t worry that you missed the gala.

We’ve been too busy to celebrate. We’ve been working: reporting on people and projects and programs, covering conferences, and unpacking the political, economic and technological trends that affect the nonprofit media world.

Instead of looking back, Current is moving forward, full speed ahead. What was once a print trade publication now boasts a vibrant mobile-friendly website, a dynamic social media presence, and a popular weekly podcast. We’ve even produced live events. And we moved into a larger office space. Much of this transformation happened in 2015 alone.

There’s so much more to come, starting with this big news: Current has formed a strategic advisory group. We’ve invited a group of pubmedia leaders to offer feedback, guidance and connections that can help deepen our coverage and secure Current’s future. It’s been humbling that nearly everyone we asked to join the group said yes.

“Public media now more than ever needs safe meeting places to share and exchange ideas both challenging and comfortable,” said Carlos Barrionuevo, former v.p. of business development for NPR and a member of the group. “Current has always been the town square of public media, and I’d like to see it develop further, enabling the important conversations, expanding the universe of public media beyond its traditional constituency and attracting the interest of a new generation.”

And William F. Baker, president emeritus of WNET, said, “Public media professionals have long relied on Current to keep them informed and to bring them together as a community. It is my privilege to help Current continue to be an excellent resource and to expand and change along with public media’s role.”

Indeed, Baker — and WNET — were instrumental in sustaining Current throughout most of our history. The paper was sponsored and supported by the nation’s largest public broadcaster for decades.

Former Ford Foundation media officer Jon Funabiki wrote, “With the dizzying change impacting the news and information landscape, public media have strikingly grown in relevance and importance. Current is positioned to not only chronicle public media’s development, but to offer leadership thinking about the future, especially on the need to serve diverse communities.”

Bill Buzenberg retired as Executive Director from the Center for Public Integrity, but he’s still very much engaged in public service journalism. As public media and nonprofit newsrooms become critical information sources for our democracy, Buzenberg said, “we need a solid media watchdog to track the industry — something Current is doing now better than ever. I am delighted to join Current’s advisory group to help in any way I can.”

From The New York Times down to a little publication called Current, the digital revolution has disrupted the business model for much of the news media, radically changing content, distribution, revenue and the relationship between creators and consumers of news. Current has been fortunate to have a knowledgeable, dedicated staff, a supportive home base at American University, and a serious, significant benefactor — the Wyncote Foundation — which recognizes Current’s unique role as a vital source of news and inspiration for public media.

David Haas of the Wyncote Foundation will co-chair Current’s advisory group, along with Dean Jeffrey Rutenbeck of the American University School of Communication. “The involvement of these public media thought leaders will play a key role in the ongoing work of expanding Current’s range and impact,” said Rutenbeck.

I am looking forward to rich conversations with these advisors, other colleagues in the field, and with all of Current’s subscribers and advertisers as we craft a strategy to help Current thrive in this new age. As Current’s first Executive Director, my vision is that those of us working in public media become as passionate about Current as we are about public media itself, and that Current is seen as essential to our shared work of reinventing and sustaining public media.