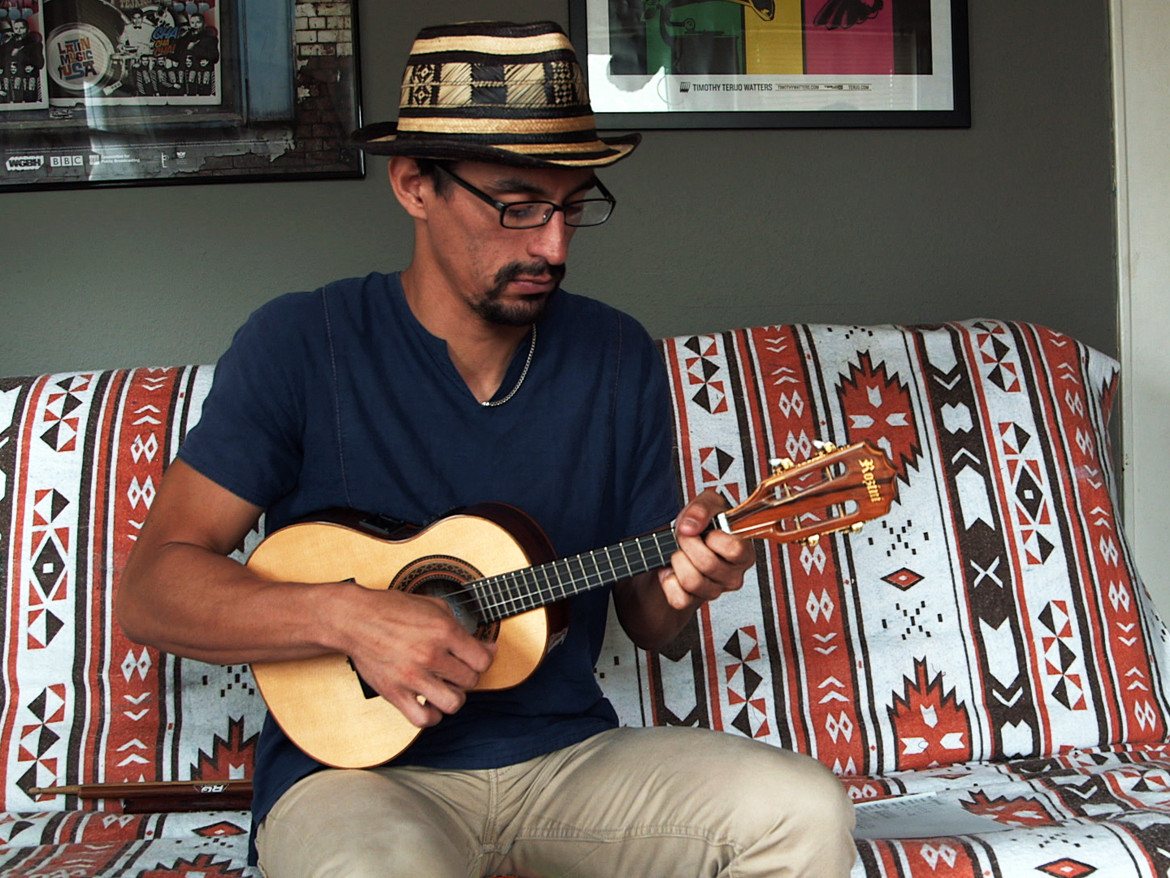 In an award-winning episode of "American By The Numbers with Maria Hinojosa," musician Juan Camilo Agudelo comments on the advertising industry from his point of view as a Latino millennial. (Photo: Nicholas & Lence Communications) 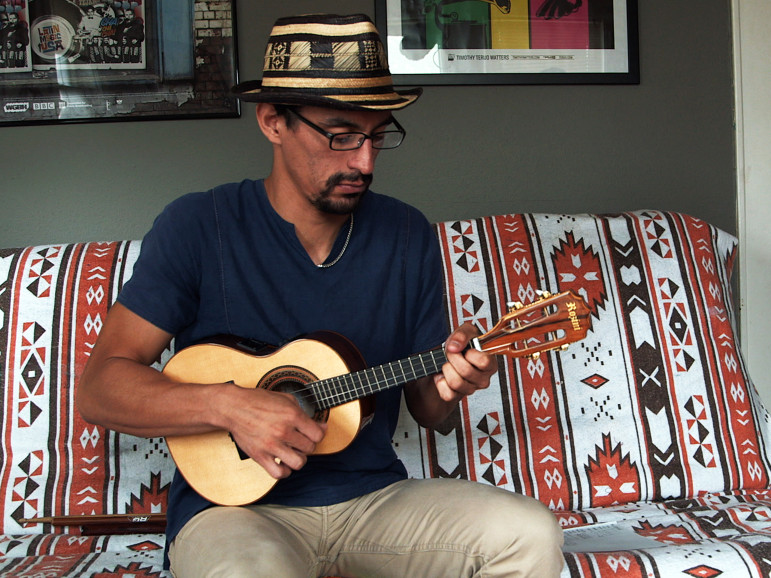 In an award-winning episode of America by the Numbers with Maria Hinojosa, musician Juan Camilo Agudelo comments on the advertising industry from his point of view as a Latino millennial. (Photo: Nicholas & Lence Communications)

Programs by and about Latinos were honored at the Imagen Awards.

America by the Numbers with Maria Hinojosa, a documentary series that examines how changing demographics are affecting the U.S., won best national informational program for its episode “The New Mad Men.” ABTN is produced by The Futuro Media Group in association with PBS and presented by WGBH.

“The New Mad Men” took viewers to Austin, Texas, home of LatinWorks, an ad agency leading the way in attracting the emerging multicultural market. The episode spotlighted how advertisers are changing their messaging to appeal to Latino consumers and how consumers are responding.

Also honored at the Imagen Awards was Thirteen/WNET for Oh Noah!, which won for best web series (comedy). Oh Noah! follows the adventures of a young boy and teaches kids Spanish words through accompanying games and videos.

PBS and Latino Public Broadcasting rounded out pubmedia winners with a victory in the documentary/film or television category. The winning documentary, Children of Giant, showed how the filming of the 1956 film Giant in Marfa, Texas, forever changed the small community.

This year marked the 30th annual Imagen Awards, which recognize positive portrayals of Latinos in entertainment media. Winners were announced Aug. 22 at a ceremony in Los Angeles. A TV special of the ceremony will air on PBS SoCal during Hispanic Heritage Month, Sept. 15–Oct. 15. 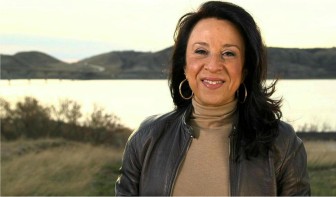 Maria Hinojosa won for her work on America By The Numbers and Latino USA. (Photo: Nicholas & Lence Communications)

Latino USA, a national public radio program produced by The Futuro Media Group, distributed by NPR and anchored by Maria Hinojosa, showcases cultural, political and social events that affect the Latino-American community. The award-winning episode was “Gangs, Murder and Migration in Honduras.”

“I choose Latino USA because the episode was an extraordinary example of extensive and in-depth work by their team of journalists,” said Mekahlo Medina, NAHJ president. “The report not only showed the economic disparity at the root of the violence entrenched in Honduras, but gave listeners a vivid picture of the personal struggles in the Central American country.”

The award will be presented at a Sept. 20 gala in Orlando, Fla. 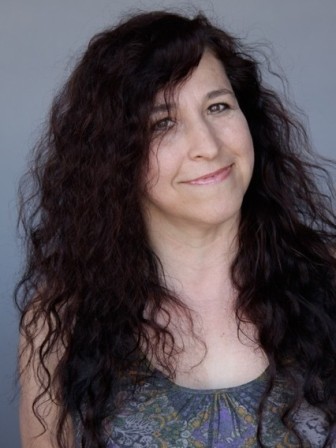 Del Barco, an arts correspondent based at NPR West, was cited for empowering young female journalists through NPR’s Next Generation Radio, Global Girl and the National Association of Hispanic Journalists and for “raising the profile and visibility of Latinos — in and outside of the newsroom.”

Del Barco’s work has appeared on NPR’s newsmagazines and its show Alt.Latino. She has covered national issues, such as police and prisons, immigration and race relations; and international stories, including immigrant smugglers in Mexico, street gangs in Central America and the aftermath of the 2010 Haiti earthquake.

NCLR celebrates Hispanic leaders and organizations that demonstrate excellence in their fields and effectively serve the Latino-American community. Winners were honored at NCLR’s annual conference July 11–14 in Kansas City, Mo.

“The story transcended its topic (Alzheimer’s) to incorporate our theme (Time Change) in a fascinating way,” KCRW said in a press release. “It surprised and moved our judges.”

Radio Race contestants were emailed a theme and had 24 hours to write, record and edit a nonfiction story relating to the theme. The finished pieces were posted on SoundCloud for judging.

WGBH and Maya Vision won the excellence in religion documentary award for Sacred Journeys with Bruce Feiler. The film follows author/adventurer Bruce Feiler as he undertakes six historic pilgrimages around the world and examines their impact on faith.

KBIA in Columbia, Mo., rounded out pubmedia winners with a victory in the radio or podcast category. Ryan Famuliner and Abigail Keel were honored for their work on “Heartland, Missouri,” which explores life in an intentional Christian community.

WVIZ won in the television category of NABEF’s Service to Children Awards.

Operated by ideastream, the station was recognized for broadcasting 12 hours of educational programming every weekday and for providing educational offerings to students, teachers and parents.

The award also cited WVIZ’s work with the Cleveland Public School District, which has the second-highest dropout rate in the country. The station helped produce a multimedia early-literacy program for Cleveland’s Slavic Village neighborhood, one of the poorest and lowest-achieving areas in the Cleveland Metropolitan School District.

“These programs can be truly life-changing, and we thank WVIZ for their hard work,” said Sen. Rob Portman (R-Ohio), who presented the award.

NABEF award winners were announced at a June 16 gala in Washington, D.C.

The station in Columbus, Ohio, was honored for pioneering sustaining memberships, freeing the station to reduce its on-air fundraising. The award was announced in July.