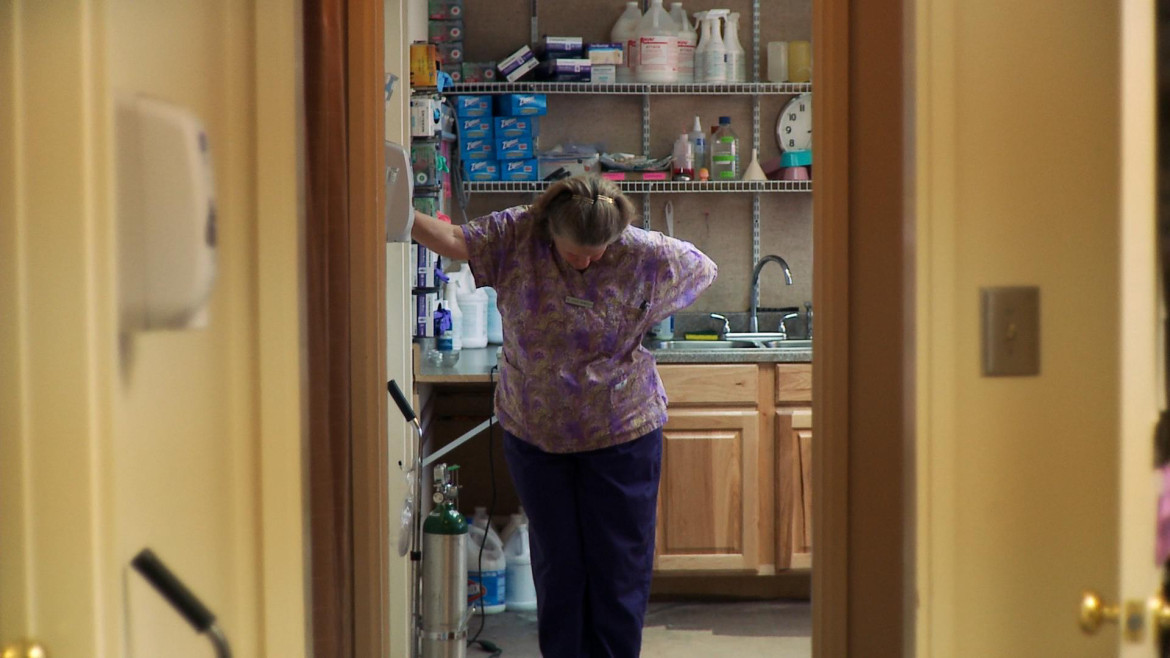 An exhausted Dr. Susan Robinson takes a break in After Tiller, which profiles the lives of abortion providers following the murder of Dr. George Tiller. The film tied for best documentary at Monday night’s News and Documentary Emmy Awards. (Photo: After Tiller)

An exhausted Dr. Susan Robinson takes a break in After Tiller, which profiles the lives of abortion providers following the murder of Dr. George Tiller. The film tied for best documentary at Monday night’s News and Documentary Emmy Awards. (Photo: After Tiller)

The public broadcaster won 17 statuettes. Coming in second was CBS with nine.

The best documentary prize was a public media tie: Frontline’s United States of Secrets, about the government spying on U.S. citizens, and POV’s After Tiller, profiling physicians carrying on in the wake of an abortion provider’s murder.

The nonprofit Texas Observer, collaborating with Guardian US, claimed the statuette for new approaches to current news coverage for Beyond the Border: The U.S.’s Deadly Immigration Crisis, reporting on a Texas sheriff’s office struggling with dwindling resources and a growing immigration crisis. That four-part print and multimedia series also claimed an Online News Association award Saturday.

In addition to best documentary, Frontline won five more of PBS’s awards. Firestone and the Warlord, an investigation with ProPublica of the relationship between the U.S. firm and Liberian warlord Charles Taylor, won two, for research and long-form investigative journalism; The Battle for Ukraine, for coverage of a breaking news story in a news magazine; and Hunting Boko Haram, about Nigeria’s dangerous Islamic extremist group, for investigative journalism in a news magazine. United States of Secrets also won for long-form coverage of a current story.

PBS’s documentary showcases claimed a total of four awards. Independent Lens won the long-form business and economic reporting Emmy for Medora, about a financially struggling Indiana town. The Trials of Muhammad Ali, about the boxer’s political activism struggles, claimed the award in long-form historical programming. In addition to After Tiller, POV also won in the long-form informational programming category for When I Walk, about one man’s fight to adapt his life to multiple sclerosis.

PBS NewsHour claimed two honors, for Hazardous Work: Diving into the Philippines Dangerous Mines, chronicling divers hunting for gold, and Who’s Behind The Chinese Takeover Of The World’s Biggest Pork Producer?, a look inside Smithfield Foods, which it shared with the Center for Investigative Reporting.