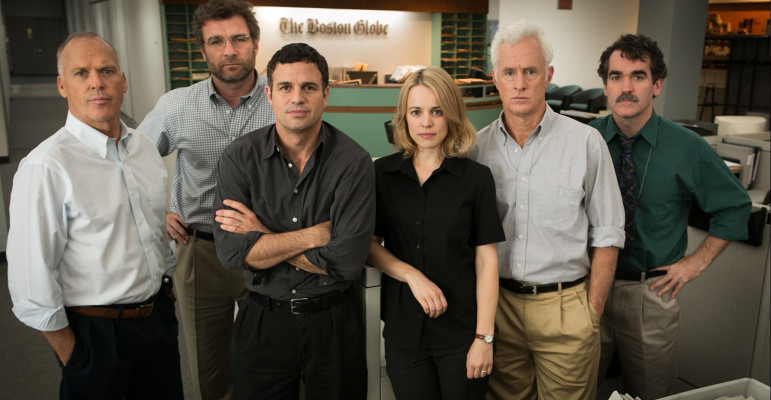 Spotlight will have its Washington, D.C., premiere at the upcoming Investigative Film Festival and Symposium. (Photo: Open Road Films)

The nonprofit news organization 100Reporters is launching an Investigative Film Festival and Symposium in Washington, D.C., later this month that is being billed as the first event of its kind.

The festival will kick off with the Washington premiere of Spotlight, a Hollywood feature film starring Liev Schreiber and Michael Keaton that looks at how the Boston Globe broke the sex abuse scandal within the Catholic Church. Other films featured during the Sept. 30–Oct. 2 festival include Cartel Land, Storm Makers, Drone of Terror and Deep Web. The event will be held at the Smithsonian Institution’s National Portrait Gallery.

Diana Jean Schemo, co-founding executive editor of 100Reporters, said the festival aims to focus on films and documentaries that started as news stories or that deal with investigative journalism and journalists.

“The most important thing is getting great journalism in front of people,” Schemo said. “And we’re hoping the D.C. audience connects with these issues.”

In addition to films, the festival will include question-and-answer sessions with filmmakers, reporters, legal experts and people behind the films. It will also include a documentary competition for Washington-area high school students, who can submit 3- to 5-minute films. A jury will select the winners.

100Reporters has “modest expectations” for revenue from the film festival, Schemo said. A 2014 grant of $35,000 from the Institute for Nonprofit News is helping to offset the $300,000 in expenses for the festival. (Current is a member of INN.)

But the organization sees using the medium of film to get investigative journalism in front of people as more important than making money from the event, Schemo said.

“What we do matters for the public, but a lot of them don’t know what we do,” she said.