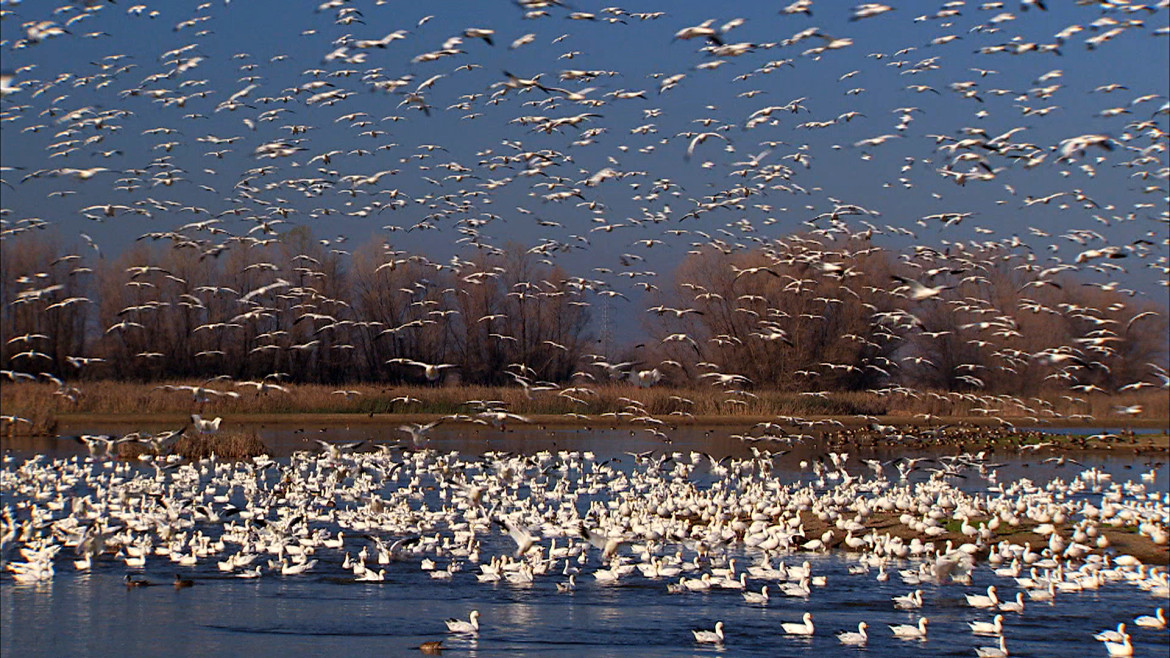 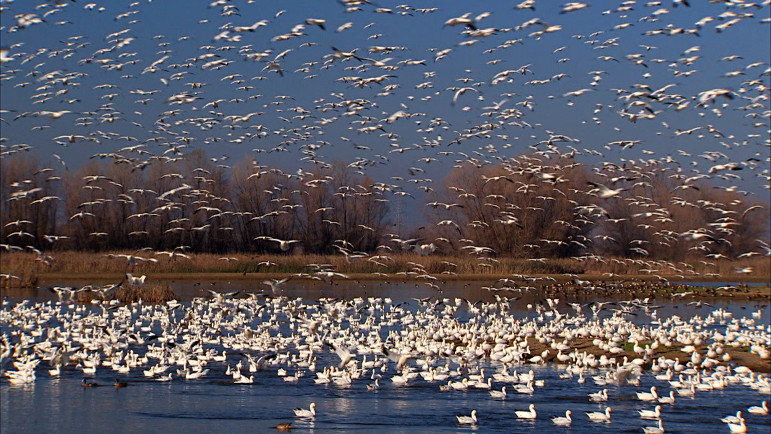 MPT won among arts and entertainment segments for “Paul Reed Smith,” which gave viewers an inside look at a guitar maker; among technology programs/specials for a feature about electric cars; and in the category of public affairs special for “Unlocking Invisible Fences,” a program about human trafficking.

WETA in Arlington, Va., picked up three Emmys: “Washington in the ’80s” won in the historical documentary category and “Arlington National Cemetery” won in categories for Chesapeake Heritage program/special and for editor of a non-news program, citing Doug Johncox.

Blue Ridge PBS in southwestern Virginia won in the cultural documentary category for a film examining the history of the Barter Theatre in Abingdon, Va. Award-winners were honored June 27 at an event in Bethesda, Md.

WFYI in Indianapolis won 11 statues, including for overall excellence, in the Lower Great Lakes region.

In addition to its third consecutive award for overall excellence, the Indianapolis station won in the arts and entertainment category for “Monumental Canvas,” which looked at an 800–square-foot painting by artists Phil O’Malley; among historical/cultural programs for “Strange Fruit,” a collaboration with the production company Salt that recounted the lynchings of Thomas Shipp and Abram Smith in Marion, Ind., in 1930; and among documentaries for “Bobby ‘Slick’ Leonard: Heart of a Hoosier,” a collaboration with Ted Green Films that chronicled the life of Indiana basketball legend Bobby Leonard.

WTIU in Bloomington, Ind., picked up the award for top magazine program for “The Weekly Special: Renew and Reclaim.” Winners were honored at a gala in Indianapolis June 27.

WKAR in Lansing, Mich., and Detroit Public Television won four statues each. WKAR took top prize in the special event coverage category with “Home for the Holidays” and won in categories for audio, editor of a non-news program and graphic arts set design.

Detroit Public Television was honored with awards for craft musical composition/arrangement and director (live or recorded live) for “The Music of Northern Ireland,” as well as for makeup and director (post-production).

WGVU in Grand Rapids, Mich., won in the interview/discussion category for “WGVU Newsmakers: The World of Dr. Seuss,” which examined the works of the famous 20th century artist. Awards were presented in Detroit June 13.

KQED in San Francisco took home the top prize for cultural/historical documentary for “Becoming California,” a film created with media production company The American Mercury that explains environmental change on America’s western edge; for arts and entertainment segment for “Andres Amador’s Earthscapes: Art that Goes Out with the Tide”; for public affairs special for “State of Surveillance,” made in collaboration with The Center for Investigative Reporting; for technology special for “Future of You”; and for editor of a non-news program for Kit Tyler of The American Mercury.

CIR also won best informational/instructional feature for “A Brief History of the Modern Strawberry.” KVIE in Sacramento won outstanding topical documentary for “ViewFinder: A Likely Story,” about a retiring cattle rancher and a small town with an uncertain future. Awards were presented June 6 in San Francisco.

CPTV won in the informational/instructional category for “Made in Connecticut,” a joint project with WNPR that looked at how manufacturing is affecting Connecticut and its economy. CPTV also won in the category for community/public service campaign for “The Stay Safe Singers – Fire Safety and Prevention” and was a co-winner in the audio category for “Creative Stages.”

WGBH in Boston was the other co-winner in the audio category for “Front Row Boston – First Aid Kit: Live at the Paradise,” and it also won in the arts and entertainment category for the same piece.

Oregon Public Broadcasting and KCTS led the way at the Northwest Chapter Emmys.

KCTS took home six awards as well. The Seattle-based station won in the historical/cultural segment category for “I Am the Viaduct”; environmental segment for “Solving the Mystery of Dying Starfish”; public affairs segment for “Facing Homelessness”; and interview program for “Check, Please! Northwest.” KCTS was also recognized for top informational/instructional special and top programming reporter.

Thirteen/WNET in New York won two awards: best historical/cultural special for its examination of the Morgenthau family and best non-sports special event coverage for “All Star Orchestra: What Makes a Masterpiece.”

NJTV, operated by an affiliate of WNET, took home awards in categories for education/schools for “Classroom Close-up, NJ: Show 13,” and historical/cultural segment for “David Bianculli on the Birth of Cinema.”

WNYE won twice for collaborative projects. “Mozart Minutes,” a joint project with NYC Media that profiled members of the Mostly Mozart Festival Orchestra, won for arts program/special, and “Best of the Bronx,” created with Lehman College/Lehman Studios, won for community/public service. The awards banquet was held May 2.

Vegas PBS was the lone pubmedia winner in the Southwest Emmys.

Vegas PBS won outstanding writer for a non-news program. The award cited Matt Christensen for his work on “Restoration Neon,” a documentary that followed the revival of Las Vegas neon signs. Awards were bestowed June 20 in Palm Springs, Calif.

Georgia Public Broadcasting dominated the field with 18 awards, including for overall excellence.

GPB was named the best station in the Southeast region and was honored for programming. “Dean Rusk – At the Heartbeat of History” won four awards. “37 Weeks: Sherman on the March,” which chronicled Gen. Sherman’s march through Georgia in 1864, won three.

GPB also won in categories including arts and entertainment for “Georgia Traveler: Rockin’ and Rollin in the Peach State,” interview/discussion for “First Family From Plains” and lifestyle program for “The BBQ Show.”

Public Broadcasting Atlanta won twice with “Get Delicious! Comfortably Yum,” which was a co-winner in the lifestyle program category and won for editor of a non-news program. Winners received their prizes June 6.