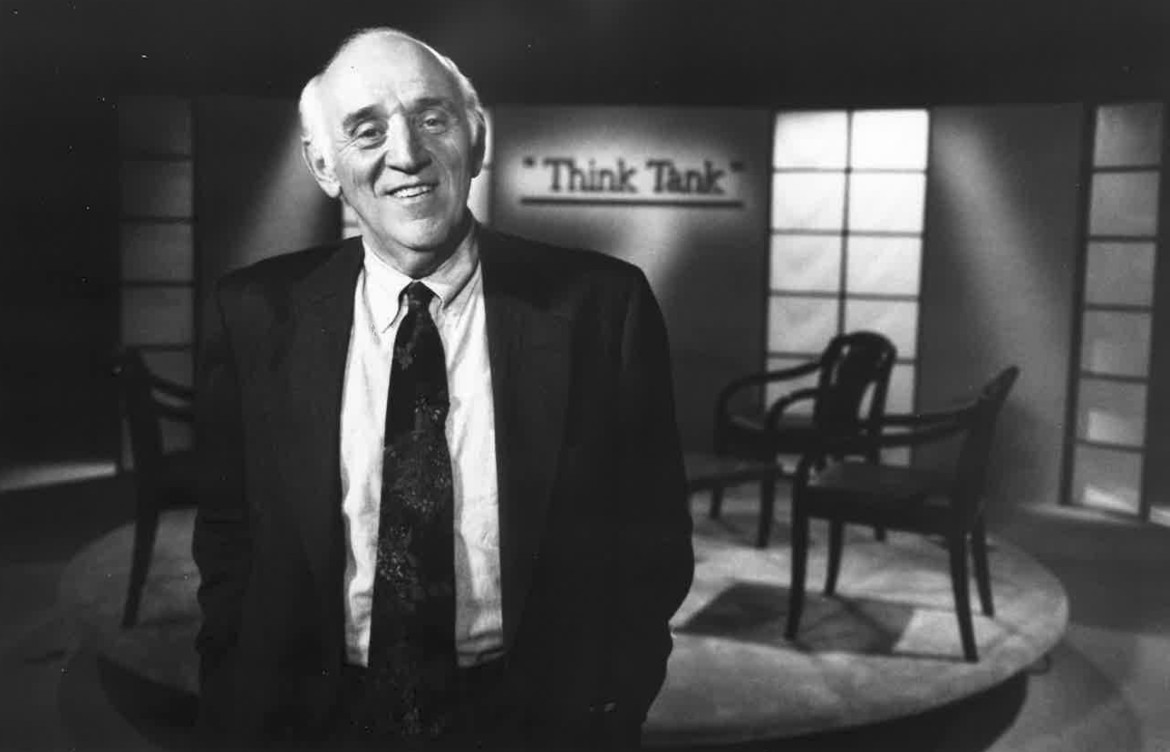 Ben Wattenberg on the set of his eclectic show as it premiered in 1994. (Photo: Pamela Price)

Ben Wattenberg, a neoconservative author and host of a nationally syndicated talk show on public television, died June 28 in Washington, D.C. He was 81.

Wattenberg’s books include Fighting Words: A Tale of How Liberals Created Neo-Conservatism, tracing the roots of the political movement; Fewer: How the New Demography of Depopulation Will Shape Our Future, examining falling fertility and birth rates; and The Good News is, the Bad News is Wrong, a statistical analysis of pessimistic social and economic news reporting.

“For all of his intellectual accomplishments, he also understood the power and importance of television and he was a near constant presence in the green rooms and studios of Washington D.C.,” said Andrew Walworth, Think Tank producer, in a remembrance posted on the website of the American Enterprise Institute, where Wattenberg was a senior fellow. “In a one-industry town where almost everyone thinks they should have their own TV show, Ben was one of the few who actually deserved one,” Walworth said.

Wattenberg was “also a born promoter,” Walworth added. “He understood that all TV — even something as seemingly dry as a PBS public affairs series — requires a little bit of showbiz. He had his signature props: in the early days the handlebar mustache and the rumpled trench coat, later the reading glasses that — when they weren’t perched precariously on his forehead — he waved like a conductor’s baton at his circle of guests.”

Think Tank was distributed during its first three seasons by American Public Television, then picked up by PBS. In addition, Wattenberg produced more than 15 specials that aired on PBS, several based on his books.

He also co-authored a novel with Ervin Duggan, a former PBS president and longtime friend dating to their service in the Johnson administration. The 1979 book, set in the White House and a newsroom in Washington, is titled Against All Enemies.

He was born Aug. 26, 1933, in New York City, to Rachel and Judah Wattenberg. He graduated in 1955 from Hobart College in Geneva, N.Y., with a bachelor’s degree. Wattenberg also served in the Air Force. His two marriages ended in divorce.

He is survived by a sister, actress Rebecca Schull; four children, Ruth, Daniel, Sarah and Rachel, all of Washington, D.C.; and four grandchildren.

The family requests memorial donations to the Enable Community Foundation, which creates and donates 3-D printed prosthetics; or scholarship support for Hobart and William Smith Colleges (300 Pulteney St., Geneva, N.Y., 14456; please indicate “In memory of Ben Wattenberg” in the memo line on the check).