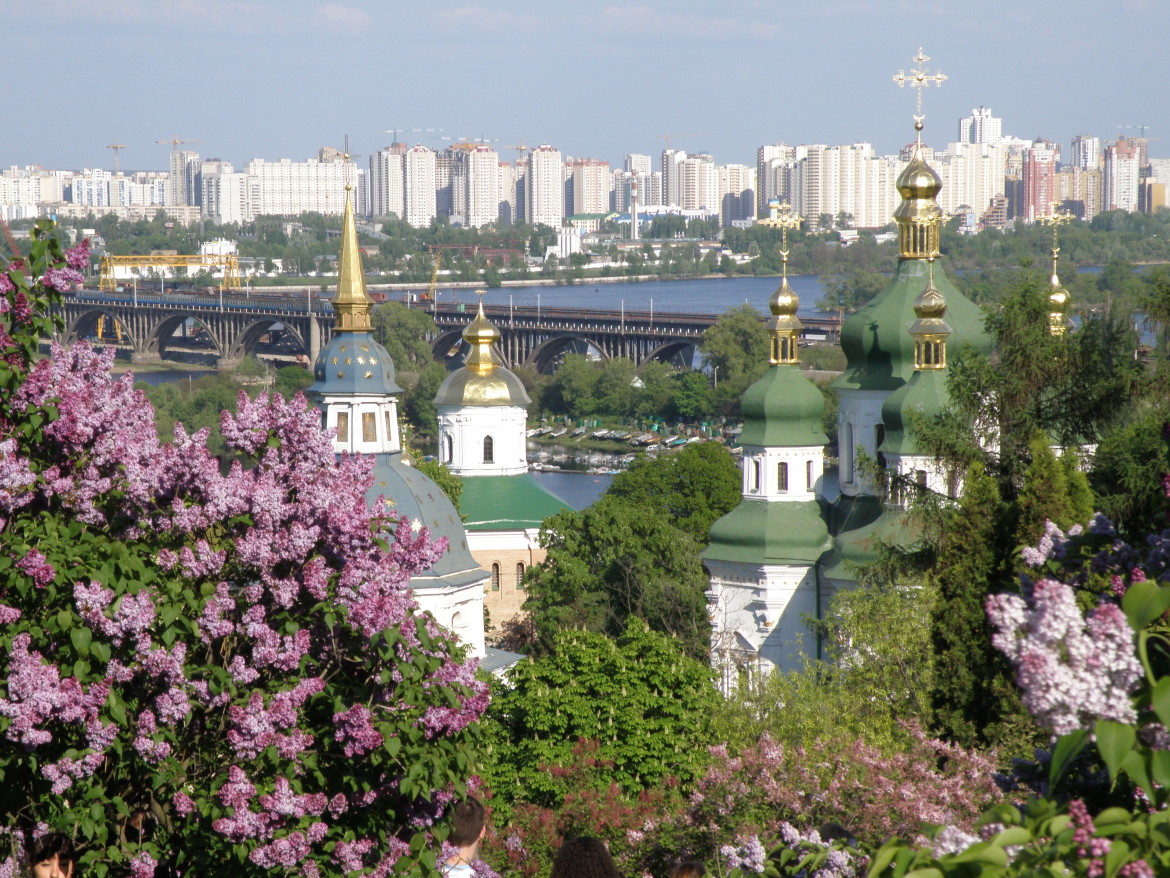 The city of Kiev, Ukraine, with the historic Vydubychi Monastery in the foreground. (Photo: Levchuk Volodymyr, Creative Commons)

The city of Kiev, Ukraine, with the historic Vydubychi Monastery in the foreground. (Photo: Levchuk Volodymyr, Creative Commons)

Making the trip, sponsored by the Broadcasting Board of Governors and the State Department’s Bureau of European Affairs, are CPB’s Michael Levy, e.v.p., and Steven Altman, s.v.p.; Steve Bass, president of Oregon Public Broadcasting; and Sue Schardt, e.d. of the Association of Independents in Radio.

The delegation conferred with journalists and managers at Ukraine National Television, which is transitioning from a state broadcaster to public television, said Lesley Jackson, BBG spokesperson. “They are meeting as well with other journalists and media experts to learn more about the media situation in Ukraine,” she said. The pubcasting delegation is sharing insights and expertise on establishing independent public media.

Emailing from Kiev, Bass told Current that the changeover “is a massive shift for media in Ukraine, which is dominated by a handful of oligarchs who operate TV channels. TV is the dominant source of news — radio doesn’t really get used for that here and the Internet is growing but still not as influential as television.”

The changes at Ukranian television “involve putting together over 30 separate organizations into some sort of coherent whole,” Bass said. “Overall, it involves about 7,000 people and a lot of outdated technology and work processes. There’s a national service as well as regional government channels that operate autonomously and the goal is to somehow roll it all together under common governance.”

Staffers at the network “are very smart and are asking great questions,” Bass said. “They quizzed me for 90 minutes this afternoon about editorial firewalls and decision-making.”

The State Department official said the trip is part of its ongoing support for reforms in Ukraine. The participating public broadcasters “have a wealth of knowledge and experience on producing and maintaining independent and credible public broadcasting,” the official said.