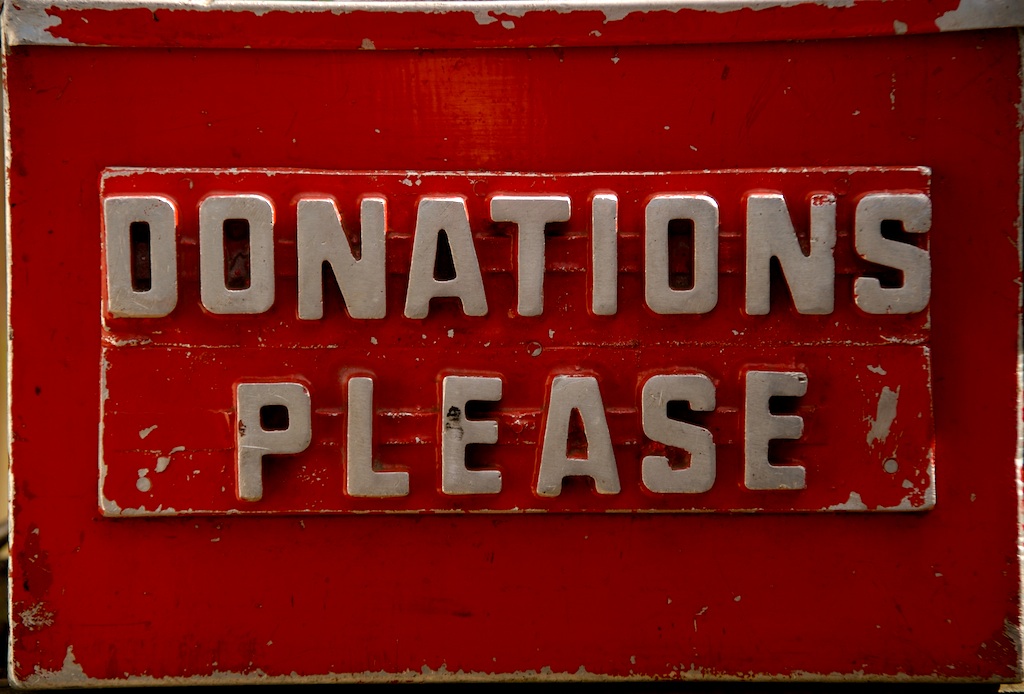 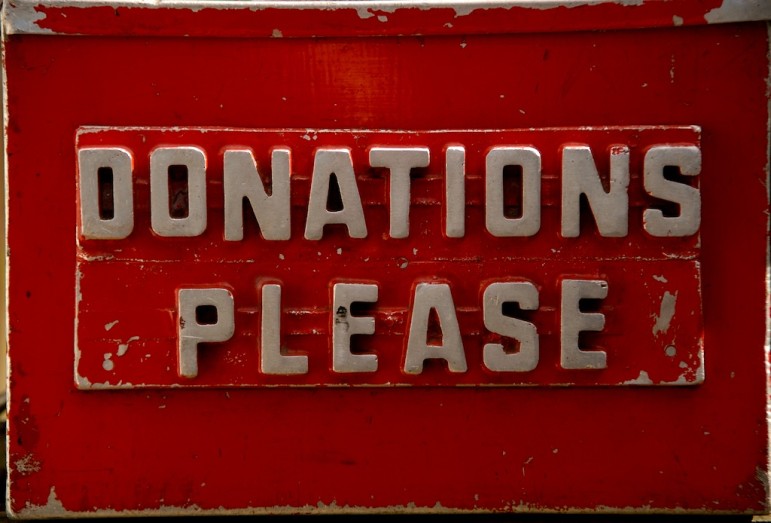 Fundraising strategies that perform the best are crafted around messages that connect well with public media viewers and listeners.

Public media development professionals know this, but the work of finding and hitting those message points is a combination of science and creativity. In my 40 years of working with fundraising clients, we’ve tested literally thousands of ideas to see what works — and what doesn’t.

To learn more about donors’ perceptions of public media fundraising and what motivates them to give, last fall my firm fielded a survey of members to 11 client stations. Public TV operations of all sizes were studied — from large metropolitan organizations to those in smaller cities and some in-between; six of the participants also operate and fundraise for radio stations under joint licensees.

Our Membership Motivational Research includes both survey research and data analysis; we expect to continue the study on an annual basis. We started the inaugural survey by contacting by email active members and those who have lapsed within the last five years. Conclusions drawn from that survey last fall are already shaping the strategies of our clients; we are now in the second phase of that survey, drilling down into the survey sample to learn more about the differences among donors based on their gender, membership status and whether they give to public TV or radio stations.

The 30-question email survey included multiple-choice as well as open-ended questions inviting donors to tell us what they think about public media’s fundraising. They had a lot to say, much of it related to pledge drives and the volume and frequency of gift appeals. Many members restated their intention to give one gift per year and expressed frustration with being asked for additional gifts.

Some donors believe that their contributions are being used to pay for fundraising, which doesn’t sit well with them. They want to be sure their gifts are used for the organization’s primary mission — not for fundraising, administrative costs or large salaries.

We also gained new insight about effective messaging in gift appeals, donors’ expectations for recognition of their gifts and their preferences for the amounts and frequency of their contributions.

One of the key takeaways from the survey is that fundraising appeals must explain how donors’ gifts are being used.

Thirty-four percent of all respondents indicated that they believe they should give money to other causes instead of giving more money to organizations they already support. In answering an open-ended question in the survey, some respondents claimed to have put together a list of organizations that they support with annual gifts — and they stick to it.

Our goal, then, is to come up with a strategy that gets donors to put public media at the top of their lists. We need to make the case that public media can’t fund its programming on annual gifts and government support alone.

In comments responding to questions about attitudes towards on-air fundraising, radio members indicated that they are okay with pledging because their favorite shows aren’t bumped from the schedule, but 13.5 percent of TV members commented that they are irritated by the disruption of pledge drives. A multiple-choice question asked inactive members why they stopped donating, and 22 percent indicated, “The organization’s fundraising annoyed me.”

Every station needs to ponder the impact this is having on their fundraising. Our study indicates that public TV pledge programs may be drawing in new people at a potentially sizable cost to the loyalty of current members.

Here are some highlights of the survey findings:

When we combined the demographic statistics for the 11 stations, there were no big surprises about the makeup of members by gender, age and income, although they varied somewhat by station. Members with little disposable income — those earning $50,000 and less — still support public media. They make up 36 percent of the survey sample. 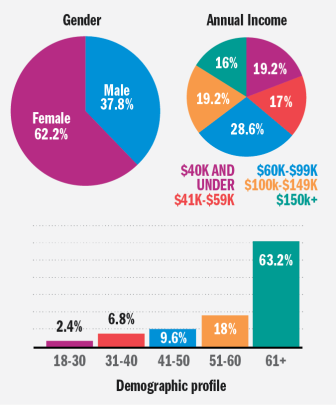 Members support organizations that provide valuable services and the good feelings they get from supporting their work. 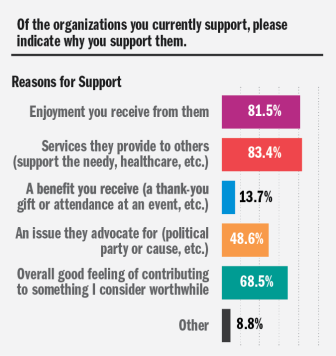 The most important reasons why members offer their support:

Benefits or thank-you gifts are much less important, mentioned by only 13.7 percent. Some respondents commented that money should be spent on something more important than “trinkets.” However, others said they like the “cool” premiums.

One of our open-ended questions revealed that a large number of members expressed interest in being invited to different kinds of events “like the wealthy supporters are.” This may indicate that stations should spend less time and money offering benefits and premiums and concentrate more on events that donors can attend.

Overall, members want to be treated well and to receive prompt, courteous thank-you correspondence and personal replies to their questions or problems. They definitely don’t want to be contacted by phone to solve any of these issues.

More people said they would like to receive an e-newsletter and/or email alerts of station and programming news than those who want a magazine or printed guide. A significant 28.6 percent of the respondents said they didn’t want to receive anything. 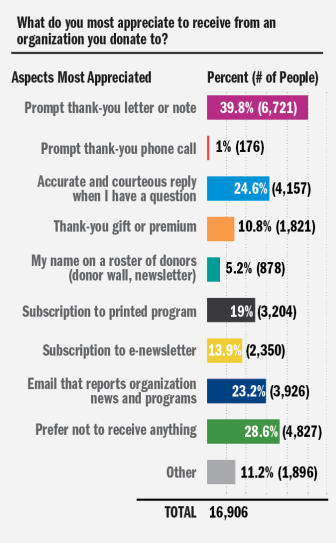 Recent fundraising has been producing larger average gifts, perhaps as a result of the improved economy. To learn whether members were willing to increase the size of their gifts, we asked them what they considered the ideal annual contribution. The answers were higher than we expected: Twice as many donors answered $100 than $50, and more answered $50 than $35 or $25. 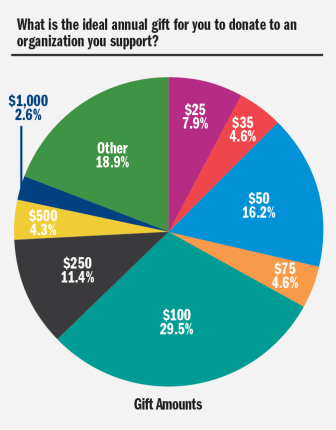 When we asked what was the largest single additional gift they would make and what monthly amount sustainers would be comfortable with, we received similar responses: 24 percent indicated $10, and 17.4 percent answered $20. Most “Other” voluntary responses were well above $20. Few members said they would prefer to give $5 per month. (After reviewing the survey results, one participating station has already decided to discontinue promoting $5 per month for sustainer giving.)

These findings indicate that we should test larger gifts and use modeling to learn the optimum gift sizes.

Attitudes about additional gifts are complicated.

Because one of CBA’s primary fundraising goals is to increase the number of members who make additional gifts, we wanted to find out as much as we could about these donors and their attitudes about future giving.

Fifty-three percent of the respondents claimed not to make additional gifts. When we asked those who never give an extra gift if they would consider giving one, 42 percent said yes. This is encouraging, and with special “ask” modeling and new creative approaches, we feel confident that we can move the needle to generate more additional gifts.

Why do members refuse to make additional gifts? Not being able to afford it was the top reason, followed by “I spread my money around” and “[T]he organization doesn’t need more money from me.” This important finding suggests that we need to make a strong case that public media do, in fact, need additional help from their members. And we should explain why additional gifts are so crucial to protecting the programs they love. 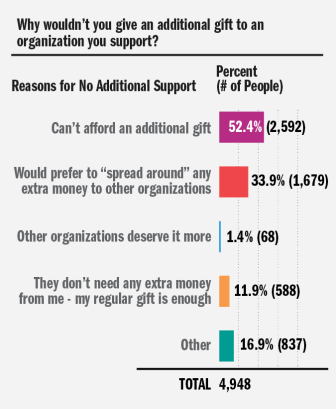 More than a quarter of the survey participants indicated that they make recurring gifts to PTV/Radio, which is consistent with the overall rates of monthly giving programs for public media. Notably, 60 percent said they would not consider giving monthly.

People who contribute recurring gifts cited several reasons why they liked sustainer programs: convenience, affordability of smaller monthly amounts, reducing the volume of mail they receive and helping the environment.

And 50 percent of the sustainer respondents said they are concerned about providing organizations with reliable funding, indicating that they do care about helping the station to run well.

Interestingly, many respondents expressed unfamiliarity with sustainer giving and said they would cancel this form of giving if it didn’t work out for them.

Overall, the survey offered a number of new insights and a rare opportunity to learn how people react to what we consider fundraising best practices. We discovered potential new strategies and creative ideas that should improve the results of our appeals, address complaints and correct negative attitudes about public media fundraising.

CBA’s plan is to conduct Membership Motivational Research annually, with new and different topics covered and an expanded sample of additional segments. For our 2016 survey, we expect more stations to participate and will invite them to submit questions they’d like to see included.

Carl Bloom has over 50 years of direct marketing experience that includes work in all types of media. He is chair of Carl Bloom Associates, a full-service direct response agency based in White Plains, N.Y. Detailed findings of the Membership Motivational Research survey and the stage two analysis will be presented in an upcoming webinar.

How the survey was conducted

The first Member Motivational Research survey was sent to a total of 509,594 email addresses of active and inactive members of 11 public broadcasting stations. The total number of responders was 18,012, for a 3.5 percent return.

The survey included 30 questions. Members were given opportunities to choose from several answers to each question, and some questions provided participants an option to submit their own answers. In addition, one question was totally open-ended, inviting respondents to share their thoughts about fundraising being conducted by organizations they support.

In our stage-one analysis, each station received a report with a summary analysis of its own members’ responses plus a report with the combined 10-station findings. The information presented in this article is based on the 10-station aggregate report.

In the stage-two analysis, we will compare and contrast the findings from various segments of our responders, such as active vs. lapsed, first-year vs. multiyear members, additional-gift donors vs. those who don’t make extra gifts, and sustainers vs. non-sustainers.

We will also study the most recent giving behavior of members to explore inconsistencies between survey responses and actual giving behavior. For example, what were the sizes of donors’ last gifts relative to what they said they were likely to give in future contributions?