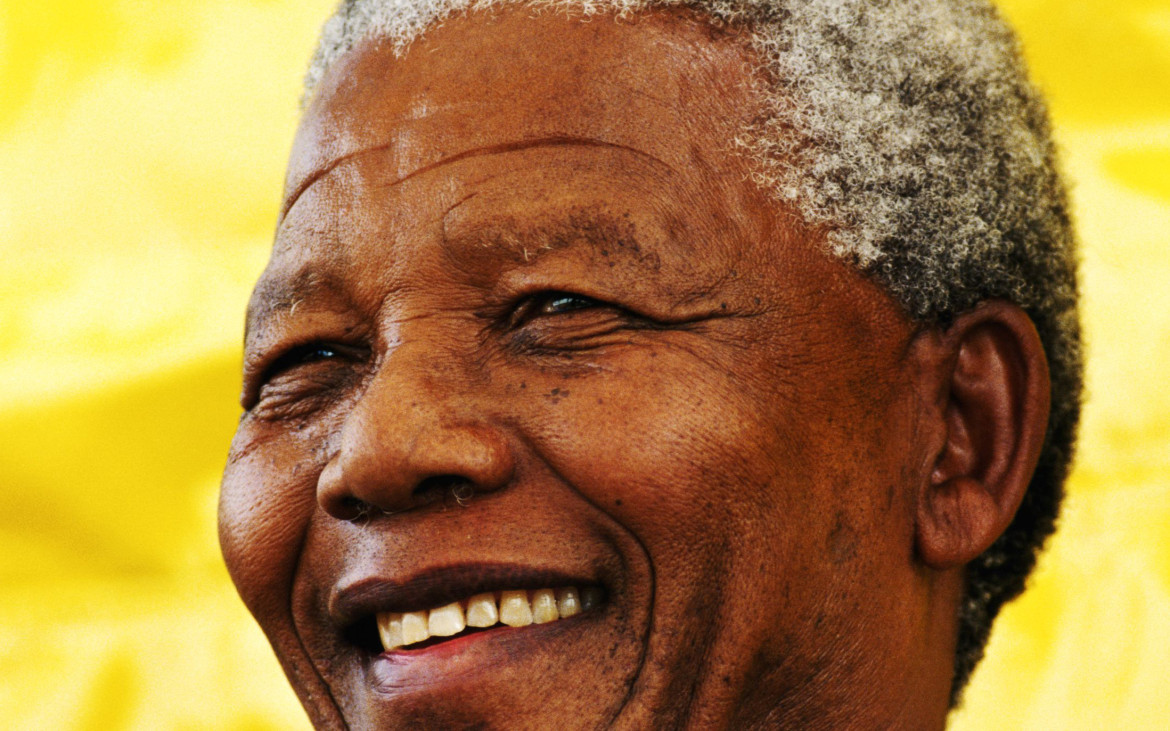 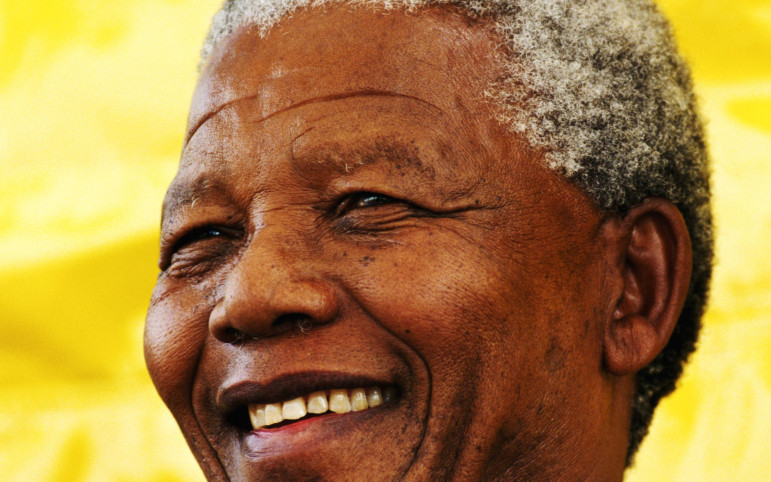 The Audio Publishers Association named Radio Diaries’ Mandela: An Audio History its Audiobook of the Year (Photo: PresidenciaRD, via Flickr)

Radio Diaries won an Audie award for its audio history of Nelson Mandela.

An audiobook adapted from a multipart series originally presented on NPR’s All Things Considered combined more than 50 first-person interviews and rare archival recordings to commemorate the late Nelson Mandela’s struggle against apartheid. It won in the category of original work and took top prize as Audiobook of the Year.

Judges described it as “one of the most powerful, well produced, and affecting programs we’ve ever heard.” Highbridge Audio, a division of Recorded Books, published the audiobook. Also recognized for the award were Nelson Mandela, Desmond Tutu and producer Joe Richman.

Radio Diaries further credited Sue Jay Johnson and Ben Shapiro, who helped produce the documentary; editors Deborah George and Chris Turpin; and Frank Randall at Highbridge, who endorsed turning the radio series into an audiobook. “Our documentary about Nelson Mandela and the struggle against apartheid is one of the most important projects [we have] ever undertaken,” wrote Radio Diaries in an email. “We’re thrilled for this special recognition.”

An L.A. Theatre Works production of The Hound of the Baskervilles won in the drama category. The work by Sir Arthur Conan Doyle was adapted by David Pichette and R. Hamilton Wright and performed by a cast of nine actors.

The Audies are billed as the “Oscars of spoken word entertainment,” and honor the best American audiobooks.

“Firestone and the Warlord,” produced through a reporting collaboration between ProPublica and Frontline, won in the new media category. The investigation examined Firestone’s role in the First Liberian Civil War, when the tire company, which owned a large rubber plantation in Liberia, struck a deal with warlord Charles Taylor. The award recognized ProPublica’s T. Christian Miller and Jonathan Jones and Frontline’s Marcela Gaviria and Will Cohen.

Frontline also won the domestic television category with “Solitary Nation,” directed and produced by Daniel Edge. The documentary offered a close-up look at solitary confinement in a Maine maximum-security prison.

NPR won the award for radio with its series Boxed In: When the Punishment No Longer Fits the Crime, which documented individuals sentenced to long sentences for drug offenses that would carry lighter punishments today. Carrie Johnson, Marisa Peñaloza and Beth Donovan were cited for the award.

In addition, New York’s Downtown Community Television Center took the prize for high-school broadcasts with Our Cameras, Our Stories, a series of six autobiographical documentaries directed and produced by local high school students. The series was produced through DCTV’s Pro-TV Youth program; it covered issues such as homelessness, illness and drugs in the lives of young New Yorkers. Youth program director Johnny Ramos and DCTV co-founders Jon Alpert and Keiko Tsuno were cited for the award.

A panel of more than 50 media professionals selected winners of the RFK Journalism Awards, which honor reporting on issues such as human rights, social justice and the power of individual action.

The Center for Investigative Reporting led the field of public media winners with two BIB Awards. It collaborated with The Guardian US to win recognition for digital explanatory reporting with “Toxic Trail.” The coverage included interactive elements to show how a landmark cleanup program left behind environmental problems in Silicon Valley. Reporters Matt Drange and Susanne Rust and editor Andrew Donohue were cited for the award.

The CIR also won for technology coverage with Techsploitation, a yearlong investigative series that followed Indian tech workers seeking jobs through the U.S. government’s H1B visa program. Such workers are often exploited by labor brokers who trick them into signing contracts with high penalty fees and lawsuits for quitting. Jennifer Gollan, Matt Smith, Adithya Sambamurthy, Michael Schiller, Amy Pyle and Robert Salladay made up the team of reporters for the series.

“Time is Money,” a digital feature by Eleanor Bell and Daniel Wagner of The Center for Public Integrity also won BIB honors. The project, which included a short documentary, showed how financial companies profit as the costs of incarceration increasingly shift to inmates’ innocent and often vulnerable families.

Beth Daley, Shan Wang and Samantha Costanzo of the New England Center for Investigative Reporting won the Health Care Award for “Oversold and Misunderstood.” The story exposed poorly regulated diagnostic tests that have misled patients and confused doctors, including one example of a misdiagnosis from a new type of prenatal screening that almost resulted in an unwanted abortion.

Some award categories were split into two divisions based on daily circulation size for print and number of unique site users for digital. A panel of business journalists selected award winners.

The Mind of a Chef, won for TV program shot on location. The show, narrated and executive produced by Anthony Bourdain, followed two renowned chefs, Sean Brock and April Bloomfield, from their homes to locations around the world, allowing viewers to see what it means to think like a chef. Producers Jared Andrulkanis, Bourdain, Joe Caterini, Chris Collins, Michael Steed and Lydia Tenaglia were honored.

NPR’s “Hidden Kitchens World” won in the radio show/audio webcast category. Inspired by segments airing on NPR’s Morning Edition, the show presented little-known kitchen rituals and traditions from around the world. The Kitchen Sisters (Davia Nelson and Nikki Silva) were recognized for the award.

The James Beard Awards are the highest honor for food and beverage professionals in the United States. The awards cover all aspects of the industry, including the best in food media. Each awards category has an individual committee, made up of industry professionals, who administer policies and select judges for their respective awards.

PBS’s online resource for educators topped the category for reference or education resources. LearningMedia, which has over 1.6 million users, gives teachers and students access to thousands of classroom-ready videos, lesson plans, interactive games and self-paced lessons.

The CODiE Awards have recognized excellence in the software and information industry for almost 30 years.

Three awards went to news staff at WUSF in Tampa, Fla. Local Morning Edition host Carson Cooper won two for newscasting, and reporter Bobbie O’Brien won for feature reporting. Her entry, “Army Ranger Cory Remsburg ‘Leads the Way,’” followed the recovery of a soldier who was severely injured during a tour of duty in Afghanistan.

Reporter Jim Burress of WABE in Atlanta won for his documentary “Stuck in the Bluff: AIDS, Heroin and One Group’s Illegal Quest to Save Lives.” It reported on the Atlanta Harm Reduction Coalition, an organization that operates a controversial needle-exchange program.

WLRN and the Miami Herald News took first-place for investigative reporting with “Our Building Is Owned By A Slumlord.” Reporters Nadege Green and David Smiley examined the conditions that many renters who live below the poverty line endure to hold on to affordable housing.

In the online journalism division, WFPL in Louisville, Ky., and the Kentucky Center for Investigative Reporting won for online investigative reporting on U.S. Rep. Ed Whitfield (R-Ky.), his wife and alleged ethical lapses in their relationship with a Washington lobbyist. The award cited reporter R.G. Dunlop.

The Green Eyeshades, the nation’s oldest regional journalism awards, celebrate the best journalism in the southeastern United States, including print, television, radio and online. Southern members of the Society of Professional Journalists run the contest.

Whitehead, senior director of programming and operations for Connecticut Public Television, was honored for successful scheduling strategies that resulted in a 20 percent increase in the state network’s gross prime-time ratings.

In a statement, PTPA and TRAC lauded Whitehead “for keeping public media viewers at the center of all scheduling strategies and ensuring that they find consistent and enticing content across multiple channels.”

The Charles Impaglia Award recognizes excellence and creativity in public TV programming as well as a willingness to share knowledge with others.

The San Diego-based pubcaster was recognized for its breaking news coverage of former San Diego Mayor Bob Filner’s sexual harassment of women and its continuing coverage as the story spread nationally. “KPBS took control of the story and was the go-to source for reporting on it,” said the awards jury. “They did a great job of getting access to the key players, utilizing different formats to showcase information and keep audience interest.”

The Cronkite Awards are given biennially to recognize journalistic excellence in political coverage, especially through compelling storytelling, accuracy and service to citizens during election season.

The award was presented May 15 at the National Press Club in Washington, D.C.