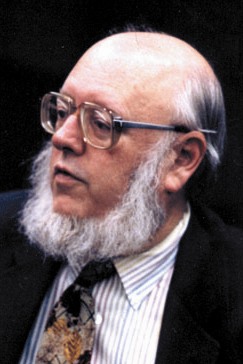 Former CPB Inspector General Kenneth Konz, whose six-month investigation in 2005 led to the resignation of CPB Board Chair Kenneth Tomlinson, died April 23 at his home in Tennessee. The cause of death was not released. 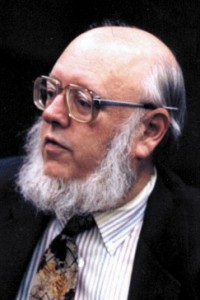 Konz retired from CPB in May 2013 after 15 years as the IG. The board of directors noted then that Konz had “promoted a culture of continuous improvement within CPB and throughout the public media system.”

Arguably Konz’s most high-profile report concluded that Tomlinson violated provisions of the Public Broadcasting Act and the corporation’s guidelines for board members’ behavior in his campaign against what he saw as liberal bias in public television programming.

Tomlinson’s use of a content monitor to review Now with Bill Moyers and other shows and his push for creation of Journal Editorial Report, a conservative-leaning public TV show, exceeded “the oversight role of a board member in making procurement and programming decisions,” Konz wrote.

“The 42-page report,” Current reported Nov. 21, 2005, “presented Tomlinson as an opinionated appointee who felt he could make unilateral decisions that would affect all of public broadcasting — such as handpicking CPB’s ombudsmen — and regularly ‘admonished’ CPB executives who didn’t agree with his methods.”

The Tomlinson probe was the most extensive investigation Konz had undertaken at CPB, he said in an interview at the time.

Tomlinson strongly disputed the findings, calling them “malicious and irresponsible,” but resigned after Konz briefed the board on his report. CPB then undertook an internal review that led to structural and management changes within CPB and the board, including formation of a corporate governance committee.

In its 2006 report in response to Konz’s findings, CPB said it “initiated a top-to-bottom review of its operations and procedures. Never before has the organization undertaken a major reorganization of every task, operation and practice.”

Konz spent his entire career in the federal government. Previous to CPB, he worked as assistant inspector general for audit at the Environmental Protection Agency. He also worked as an auditor and supervisor at the former U.S. Department of Health, Education and Welfare, and he was an auditor for the Army Audit Agency.

He served on the President’s Executive Council on Integrity and Efficiency and on its audit committee.

In addition, Konz served on governing or advisory boards of the Federal Audit Executive Council, the Washington Chapter of the Institute of Internal Auditors and the Government Auditors Training Institute.

He is survived by his wife, Claire, and three adult children.