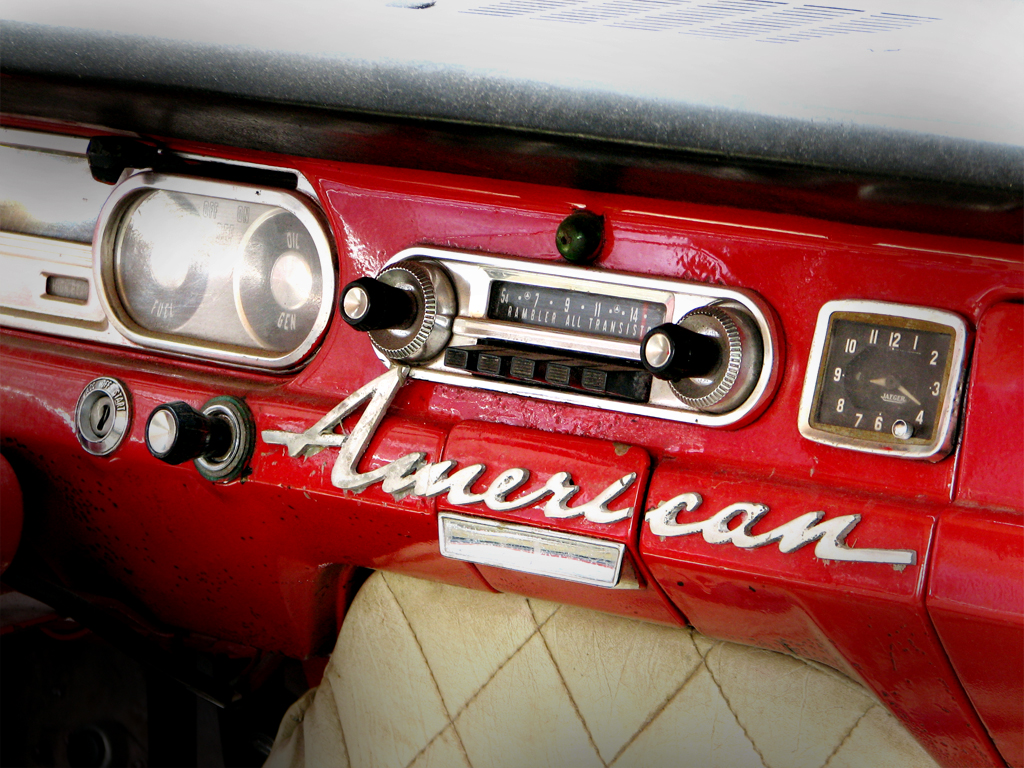 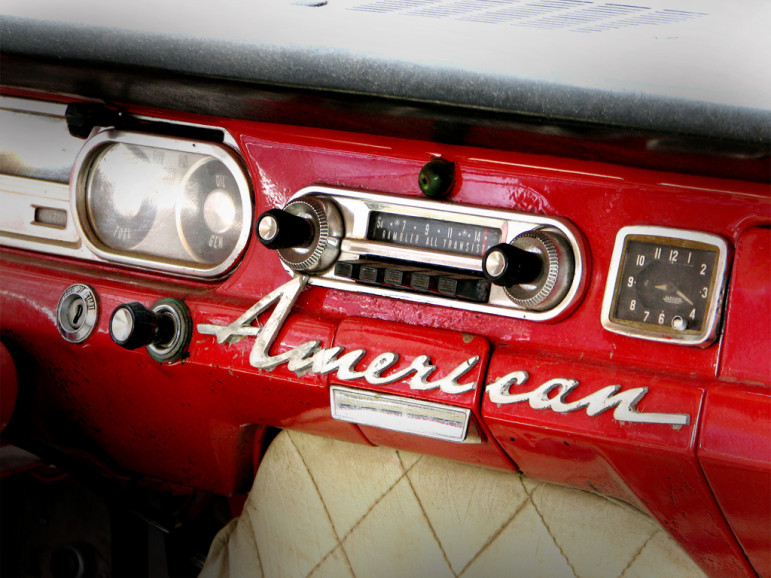 Though it seems like there are now a million ways to listen to audio in your car while you’re driving — from satellite radio to streaming through a smartphone — traditional terrestrial radio still dominates in-car listening. But as more new cars are now connected to the Internet, some see an opportunity to reshape how news and information are conveyed.

“Once the Internet got in the car — and the car is half of where all listening is — it was going to dramatically change not only the way people listened to audio, but the way it was created, organized and delivered,” said John MacLeod, the founder and CEO of Rivet Radio, a news radio startup. 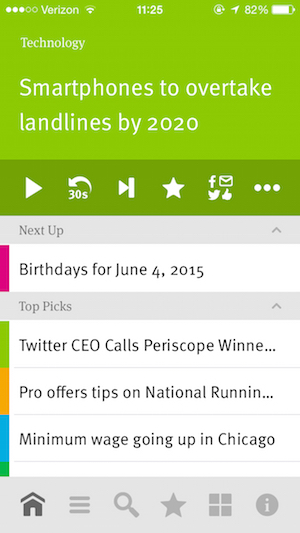 Launched in 2013, Rivet creates and curates news both by creating its own segments and by using material from partners, including the Associated Press and American Public Media. Rivet’s business model is twofold: It reaches users directly through platforms such as its iOS and Android apps, which allow listeners to set their preferences and creates news playlists based on their interests and locations. It also uses its APIs for others to license its products, such as a partnership with the conference call company InterCall to play Rivet News Radio while users are on hold.

“The car is clearly the biggest target for us,” said MacLeod, a former executive at the navigation company Navteq, which was bought by Nokia in 2007.

Thirty-five percent of Americans have used their smart phones to stream online radio to their cars, according to a survey from Edison Research conducted earlier this year. That’s up from 6 percent in 2010. The figures are even higher among younger listeners: 59 percent of those aged 12 to 24 have streamed audio through their phones in their cars. But 53 percent of survey respondents said they still listen to traditional AM/FM “most of the time” in their primary car, versus 9 percent for online radio — indicating there’s still a lot of potential growth for streaming even though its listenership has grown in recent years. The connected car space is becoming increasingly crowded, with both Google and Apple striking deals with automakers to have their mobile operating systems work in vehicles.

Based in Chicago, Rivet Radio has a newsroom of 20 or so staffers working from 4 a.m. to 10 p.m. daily — though MacLeod said the company plans to begin updating its news around the clock to appeal to a global audience. They create several hours of original programming each day, while also recording wire stories and repackaging partners’ pieces.

“With companies like the AP . . . we work with their original text news and whatever audio they produce,” MacLeod said. “And then we produce finished news and we create all of the data associated with that news to optimize distribution.”

To date, Rivet has raised $3.6 million in convertible debt. This week the company said it has raised $1.9 million since last summer, when Rivet — then known as HearHere — announced a $1.7 million investment from the Associated Press, A.H. Belo (parent company of The Dallas Morning News), and others. Its goal now is to raise $10 million in Series A equity.

MacLeod wouldn’t specify how many people listen through the app, but Rivet says it has about 500,000 listeners per month across all its platforms, with the vast majority of them coming through Rivet’s business-to-business options, like the InterCall deal. Eighty percent of Rivet’s business is now enterprise, MacLeod estimated, though he said the company believes its larger growth opportunity is in the consumer market. Rivet sells ads in its app, though MacLeod said the company plans to introduce a premium ad-free version next year that will charge listeners a monthly fee. The company is also looking at other ways to license its existing content.

“We believe that the consumer opportunity is much bigger, but it’s going to take much longer,” MacLeod said.

One of the aspects that attracted the AP to Rivet was the level of personalization that the app affords users and the on-demand nature of the app. “Everybody’s services in the past were created to enable someone to produce a program or produce a newspaper in one all encompassing package,” said James M. Kennedy, the AP’s senior vice president of strategy and enterprise development. “Now you have the opportunity to provide more atomic services where the individual stories can be used and lined up in an on-demand playlist.”

The key to that level of personalization and platform agnosticism is the amount of metadata attached to each segment, MacLeod said. Regardless of the platform, Rivet produces its spots to ensure they’re listenable no matter if you’re listening on hold waiting for a conference call to start or through your cell phone. The staffers who create Rivet’s original segments or adapt content from elsewhere add in tags that highlight key subjects in the story, the host or reporter, where it took place, and more.

“We have created metadata around the news,” MacLeod said. Not so much to manage the content and production, but to optimize the distribution through different apps and different channels. The data that we add, we’re doing it with the thought of how does this improve either the distribution or the experience of the listener.”

Using that information and geolocation data from the user, Rivet is able to target content based on location also. It has a deal with Accuweather in the U.S. and CustomWeather internationally to provide weather forecasts in various cities.

Rivet also wants to expand into local news. So far, it only offers local content in Chicago, but the goal is to expand into other cities, MacLeod said. With A.H. Belo as one of Rivet’s investors, it expects to expand its local offerings to Dallas by the end of 2015, said A.H. Belo CEO Jim Moroney. He said Rivet will have access to everything the Morning News produces and he expects the paper will have three or four people curating and preparing content for the app.

“I think there is an opportunity to provide a more personalized news experience for an individual who is still spending a lot of time in his or her car,” Moroney told me.

Later this year, Rivet plans to offer an option for users to manually follow local news and weather if they don’t want to turn on their location services or if they want to follow news from another city.

While Rivet is looking to expand the type of content it offers, it’s also focused on expanding where it can be listened. In April, it released its Enterprise API, a free ad-supported stream of stories aimed at businesses to use for conference calls and such.

“We’re really focusing on the platform aspect of the business,” MacLeod said.

The car, however, remains Rivet’s ultimate goal as it looks to expand its in-vehicle footprint beyond its current deal with Jaguar Land Rover. “We’d like to be in every car in the world,” MacLeod said.

This post originally appeared on Nieman Lab and is republished under a Creative Commons Attribution-Noncommercial-ShareAlike 3.0 United States License.