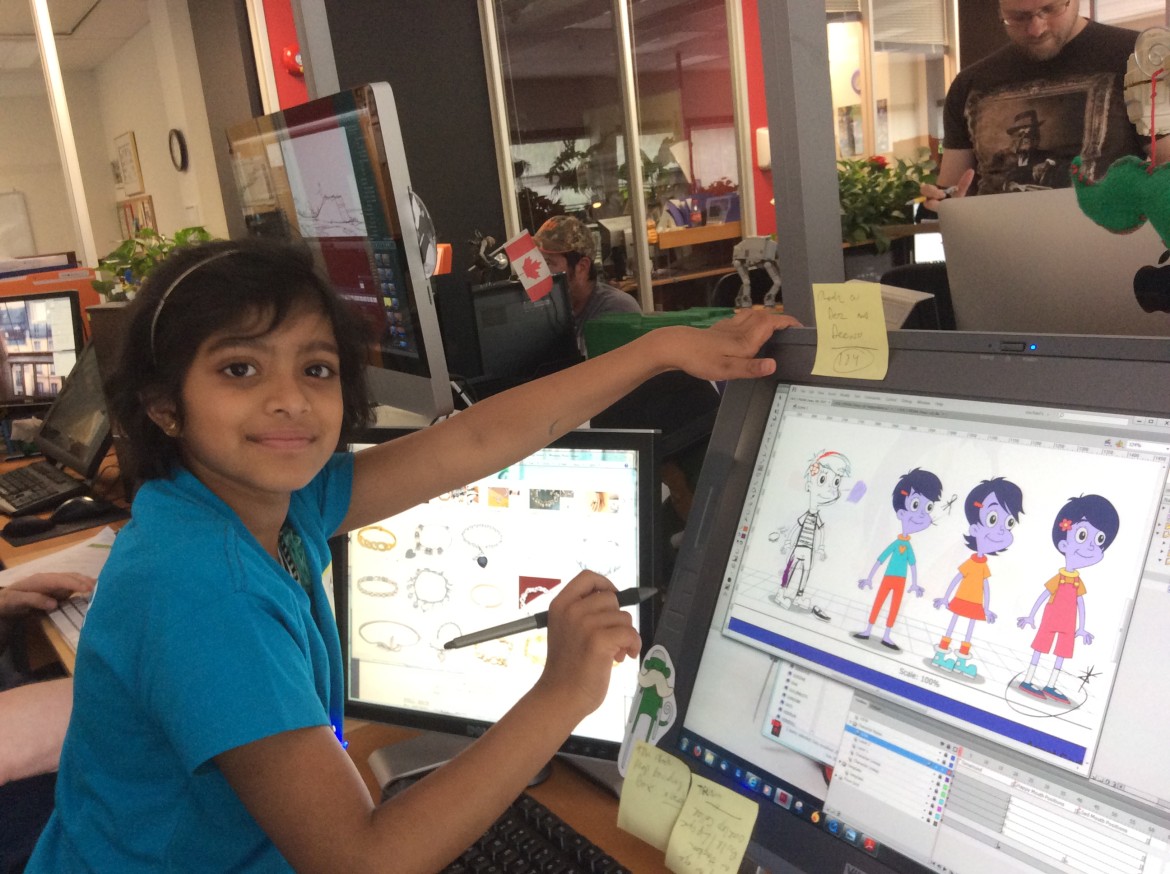 Trisha designs her own character, Oona, for a Cyberchase episode set to air in November. (Photo: Make-A-Wish Eastern Ontario) 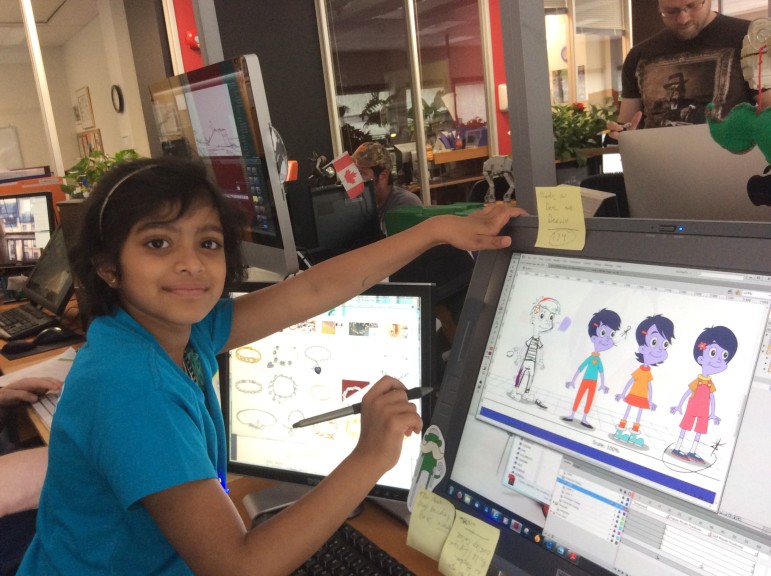 Trisha designs her own character, Oona, for a Cyberchase episode set to air in November. (Photo: Make-A-Wish Eastern Ontario)

The production staff for Cyberchase, the PBS Kids animated math series, hosted a special visitor Wednesday: Trisha, an 11-year-old girl struggling with a life-threatening illness who wanted to work on her favorite TV show. 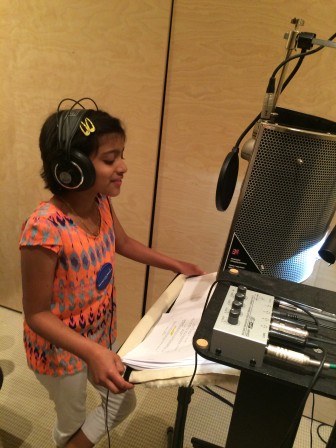 Trisha visited with her family under the auspices of Make-A-Wish, a nonprofit that helps sick children live out their dreams. WNET, the New York station that produces the series on PBS Kids, coordinated the visit with PIP Animation Services in Ottawa, Ontario.

Her participation in the show included crafting an animated version of herself that will appear in an episode premiering this fall. Trisha worked on character design, background color, scene assembly and animation, collaborating with producers, the animation director and lead designer. She also got to voice her character in the recording booth.

As with all Make-A-Wish children, her last name was not released for privacy reasons.

“Making an impact on the lives of our viewers is at the core of public media,” she said in a statement. 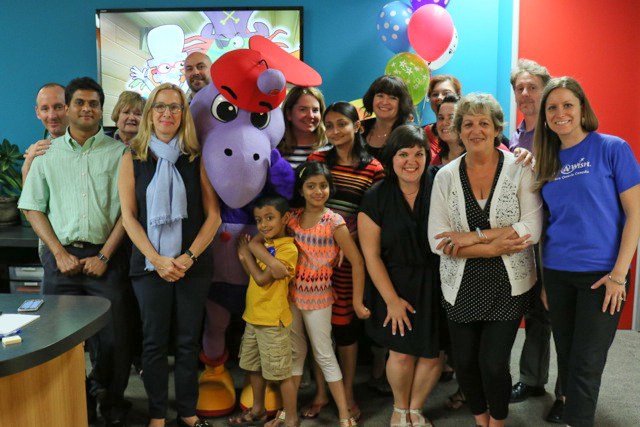 Trisha and her family pose with Cyberchase and Make-A-Wish staffers along with Digit, a character from the PBS Kids show. (Photo: WNET)

Correction: An earlier version of this post identified WNET as the series presenting station. It produces the series, with PIP supplying animation services.