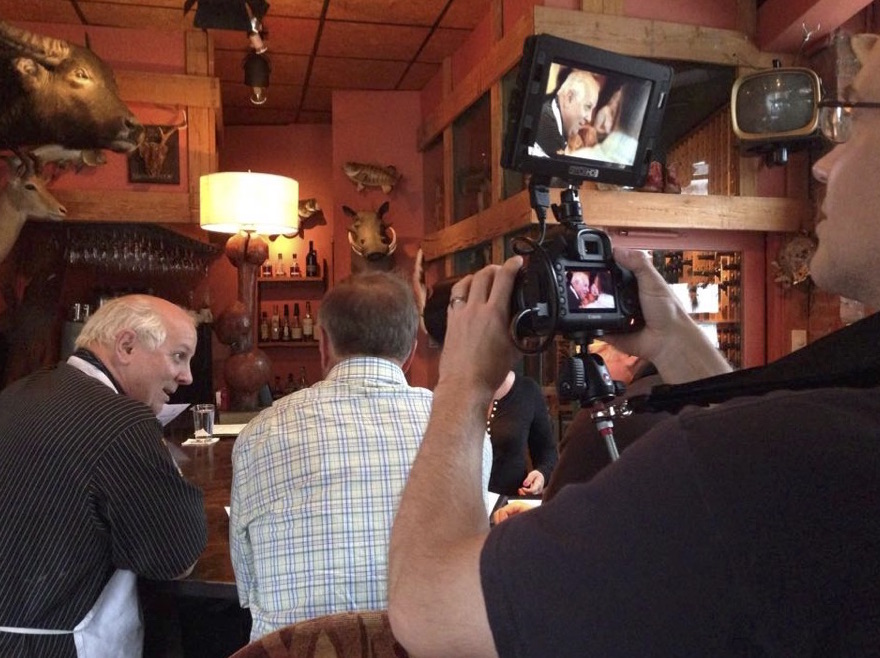 Behind the scenes of The Scene, 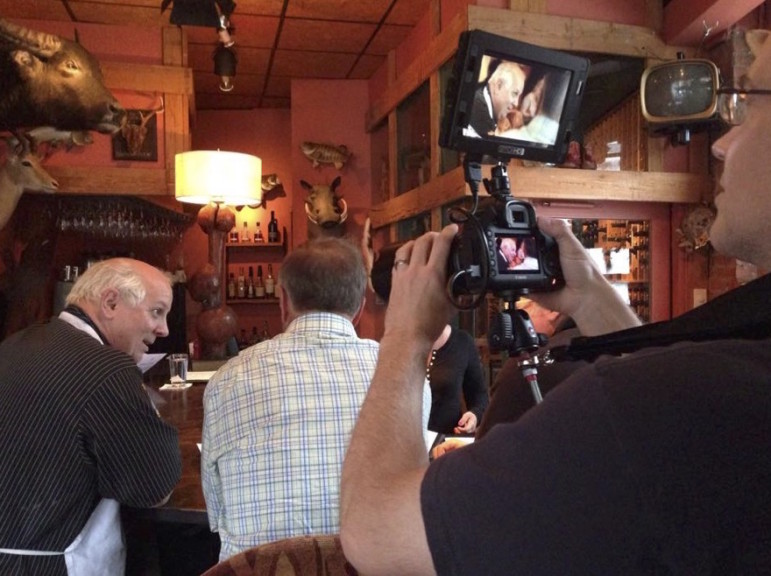 Behind the scenes of The Scene, WHRO’s web series. (Photo: WHRO)

There is no shortage of great ideas, but making them a reality is not always easy.

Join a discussion with WHRO staff about “Making The Scene” and how we went about fostering inter-departmental collaboration, finding sustainable funding sources for our first all-digital station initiative that would primarily exist in the digital space, and only be promoted through traditional broadcast and print mediums. Learn about our challenges and opportunities to procure and learn DSLR equipment, and tell compelling stories that make a difference in our local community.

Defining the concept and community needs

As part of WHRO’s strategic direction to create distinctive, locally relevant content that is responsive to our community’s interests, we considered several topics that resonated with our mission. The local arts scene seemed like a natural fit. Our goal became to highlight the active, but often overlooked, local arts scene. We focused on under-promoted, emerging and independent local artists, and bring their stories to the existing WHRO audience, and reach an untapped, younger demographic that is already plugged into the local arts scene.

Why was the concept of The Scene different?

We decided to create personality-driven stories that focus on the artists and their work, taking the audience on a journey into their world. The Scene was our introductory “digital-first” strategy encompassing blog posts, audio interviews, videos, arts calendars, and photo galleries.

When we set out to begin work on the production, we had no DSLR equipment. Our Production staff was using a Panasonic AG-HPX500 ENG camera with a Panasonic AG-HVX200 camcorder to offset the work. These cameras delivered a more traditional, industrial style of video, and couldn’t achieve the “indie film” look we wanted for The Scene. We decided to rent a Canon D5 kit from a local shop to shoot our trailer for the PBS Digital grant submission, but also to shoot as much footage as we could — to later turn into one or more finished videos.

We received a PBS Digital grant in the form of a DSLR kit. We soon realized that we needed to purchase another DSLR kit to help offset the load of work. The PBS kit was priced out at $5,000. It included a Canon 6D camera with a f/4 lens. After shooting with it for a while, we discovered that with a lower light lens, we would have less setup time and a more “natural” look.

While the idea of The Scene appealed to us, the big challenge was finding sustainable sources of funding. We focused on three potential sources: grants, crowdsourcing and corporate sponsorship. We decided to launch our first Indigogo campaign, which kicked off in the fall of 2014. We came close to reaching our goal of $10,000 with the help of corporate underwriters. With that accomplishment, we had secured the financial resources to complete the eight episodes that became Season 1 of The Scene, which was also part of our grant commitment to PBS Digital Studios.

We also established a close relationship with local contemporary art museums (Virginia Museum of Contemporary Arts and Peninsula Fine Arts Center) who became our corporate sponsors and helped with promotion of our work and the artists we were featuring.

With this momentum, we reached out to the municipal art organizations within the cities surrounding our area. We were awarded five grants to highlight artists who live and work in those cities. Season 2 is now in production.

Word in the community spread quickly thanks to the introduction of the 757 (our local area code) video releases on Facebook, on Wednesday nights at 7:57 p.m.

Our traditional broadcast outlets were used for promotional spots, driving audiences to the web site. We created a dedicated eNewsletter distribution list as well as promoted The Scene through our weekly member eNewsletter.  The Scene was also included a monthly article in our print member guide.

As part of our Indegogo campaign, we decided to throw a thank you party for our donors. We partnered with a local micro-brewery and invited artists to paint and perform while local bands played.

The Scene T-shirts and Stickers are readily available at all events. Stickers are given away, T-Shirts are given to those who donate to the station at the $10 amount, and we use Square for transactions.

Where are we now?

We’re in production of Season 2, with 15 webisodes.

The Scene video series won a bronze award in the 35th Annual Telly Awards in competition with 12,000 entries from across the U.S. and other countries. We continue to develop and implement new engagement strategies and attract new audiences.

The Scene is available on iTunes and PBS Video App. We’re considering creating a TV broadcast version of The Scene. This would show webisodes and then follow up with the artists using interviews.

The Peninsula Fine Arts Center showcased a video of local artist Asa Jackson. The work was noticed by a supporter of the center who owned a gallery space and was looking for the right person to take over the space and make it local and unique to this area. Asa is now the curator of the space, 670 Gallery, and not only uses the space to showcase his own work but also the work of other local, emerging artists.

We participated in the 2nd Annual Give Local 757 fundraising event on May 5 and 6 of this year.