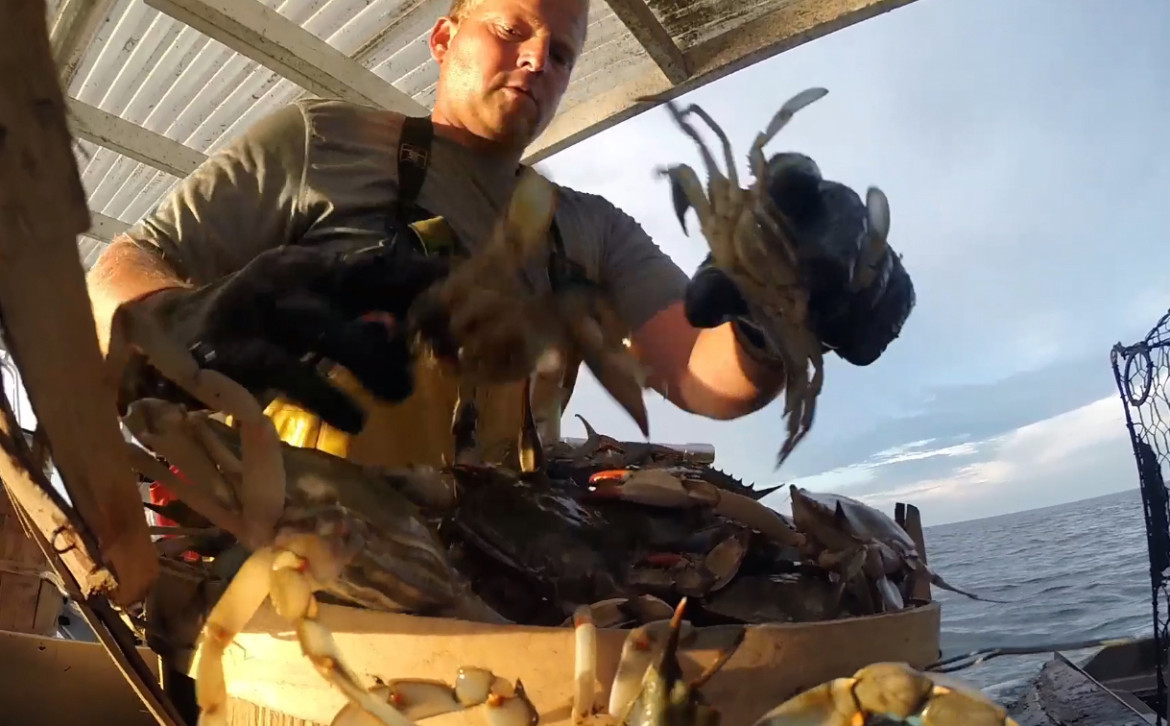 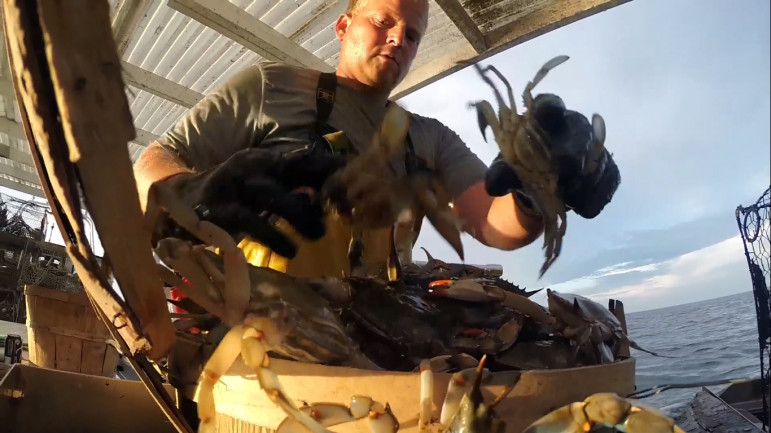 A fisherman boxes up crabs from the Chesapeake Bay in one of the documentaries on Maryland Public Television during its annual Chesapeake Bay Week. (Photo: MPT)

Experts on the environmental woes affecting the Chesapeake Bay will assemble tonight at Maryland Public Television’s studios for a discussion that will air live, stream online and simulcast on the radio. But it’s just the beginning of an ambitious 18-month project from partners MPT and Bay Journal, a Pennsylvania publication.

MPT has aired annual Chesapeake Bay Week programs for 11 years. This season, the Owings Mill station wanted to do more than just celebrate North America’s largest estuary and report on its environmental challenges. “We’re hoping to have an impact and be part of the solution to its problems,” said Mike English, executive producer.

Over the past 35 years, English said, $15 billion has been spent on water quality and restoration efforts, without a prolonged effect on problems such as polluted dead zones and dwindling fish stocks. “There’s been some progress, but experts say a lot more could be done,” he said.

So the station identified seven experts and asked each to create a list of obstacles to a lasting cleanup of the bay, as well as alternative strategies. Reporters at the Bay Journal and MPT will follow up on those lists in stories over the next 18 months. The Journal, based 45 miles to the north in Seven Valleys, Pa., specializes in issues and events that affect the bay’s 64,000–square-mile watershed.

“This is not like the usual public affairs program, where viewers listen to experts and it’s done,” English said. “We didn’t want to just do talking heads. The show is actually just the launch of the project.”

Hosting The Chesapeake Bay Summit: Charting a Course will be Frank Sesno, director of the School of Media and Public Affairs at George Washington University and creator of Planet Forward, a web and TV project focusing on innovations in environmental sustainability.

The hourlong program will air live at 8 p.m. Eastern time on MPT. It’s also feeding via satellite to three more TV stations in the watershed: WVIA in Pittston, Pa.; WITF in Harrisburg, Pa.; and WHRO in Norfolk, Va. WYPR-FM in Baltimore will simulcast the audio.

“We’re hoping that in the end, the program not only sparks an evolution of the discussion but also fosters real action among groups such as politicians,” English said. “It’s a very complicated situation, but we think between MPT and the Bay Journal, we can help move the process.”