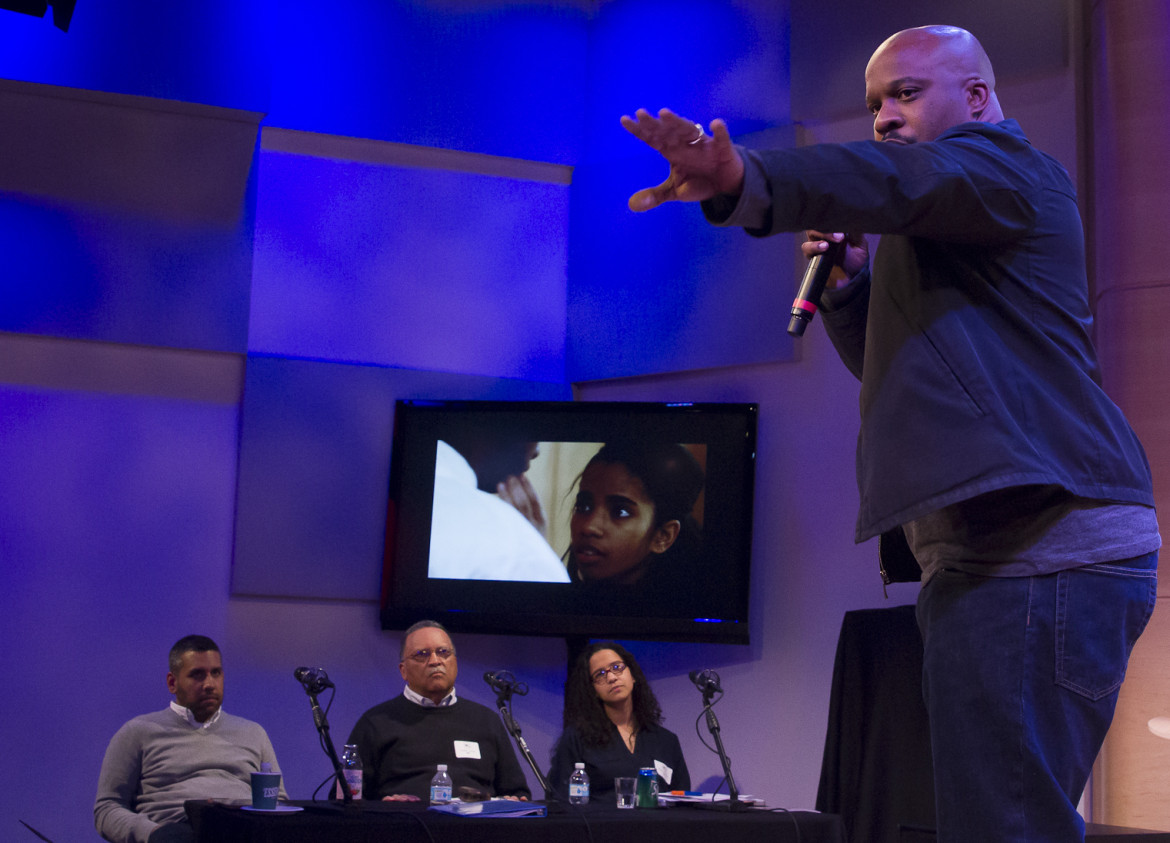 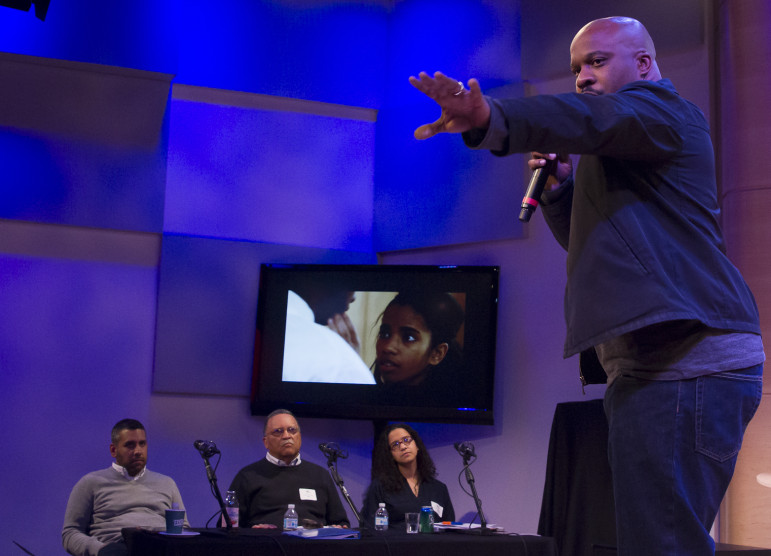 Panels of judges selected the projects, which focus on topics such as black fathers, surfers in Senegal, Detroit high-schoolers and mental illness tinged with the supernatural, after a day of pitches by eight finalists in a new incubator, NBPC 360. Winners were evaluated on technical and artistic merit, social and cultural relevance, creative team and compatibility with PBS at a time when the network is exploring ways to attract a younger and more diverse audience.

Each team will use its prize money to produce pilots over the next six months with the help of an executive producer or producing TV station. Then, with NBPC’s support, they’ll pursue broadcast and distribution opportunities.

Fields-Cruz described Pitch Black as more than a financing tool. It’s about developing partnerships and connections, she said, and “investing in the long-term success of these talented media makers so the world we live in is reflected both in front of and behind the camera.”

With My Africa Is, Garrick, who is from Nigeria, and Diallo, from Guinea, introduce viewers “to the Africa we know,” where vibrant and innovative youth culture across 54 countries upends the threadbare African narrative of “violence, poverty and safari.”

The two needed $250,000 for a pilot shot in Nairobi and $2.6 million for a series of eight half-hour broadcast episodes. They’re targeting a global audience ages 15 to 35.

Street Cred, which had already raised $60,000, needed another $215,000 for a pilot and $1.8 million for 13 episodes of a reality show that creator Sharrief described as a cross between The Biggest Loser and The Apprentice, with a public broadcasting twist.

The kids he casts have tough lives, he said, “but don’t pity them. They’re strong. They have all these skills, patience, persistence, determination, management, organization, conflict resolution. The show translates these innate abilities into a professional context and showcases their power.”

Lo liked the injection of straight-up reality programming in Street Cred, noting that PBS doesn’t do much of that. “We call it reality-esque,” she said.

Executives and producers in the room also welcomed the sole scripted offering, the web series Pixie Dust, to a network where original American drama is scarce. 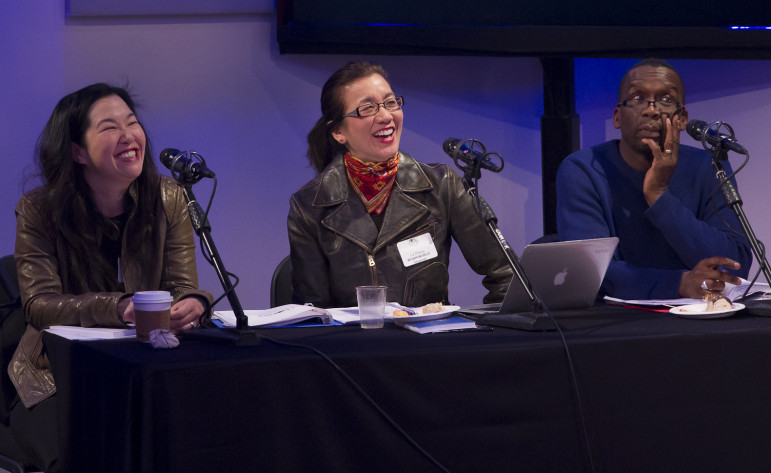 “We’ve been running focus groups on innovative ways to move forward, and this is exactly what we’re talking about,” said Lesley Norman, production executive at New York’s WNET.

“There’s a large audience that won’t watch a documentary because it feels like taking their medicine,” Ahmad said. “But they will watch something like this.”

And web series POPS showcases socioeconomically diverse black men raising children “in a society that has low expectations for black fathers and families,” said creator McLaurin. “It’s a large population that has been demonized or ignored.”

The show has partnered with Black Male Engagement, a national support network, and also wants to create an online web portal for black fathers.

McLaurin was looking for $250,000 for 21 short episodes, seven each to follow three dads.

The four other projects in competition included Black Broadway on U: A Transmedia Project, an interactive medley about the largely forgotten Black Renaissance in Washington, D.C., in the first half of the 1900s; Chronicle, an online animated graphic novel following the adventures of black historical figures; The Life’s Essentials Docu-Series, a TV show where celebrities and everyday Americans engage with older relatives; and The Newark Project, a television series about that troubled city’s school reform.

An encouraging reception from the crowd augured well that some of these would find backers as well.

NBPC’s Fields-Cruz said her Harlem-based nonprofit had already decided to back three of the eight projects regardless of who won. Cheng was scoping out content for WGBH’s World channel. Ingrid Kopp, director of digital initiatives at the Tribeca Film Institute, urged presenters to apply for grants before Tribeca’s current funding round closes May 12.

The incubator program opened last October with a call for submissions, which generated 163 entries. Then came a weekly webinar series on the video business and a live-stream event about trends in public television.

Eight finalists were invited to join the incubator, a mentored six-week intensive boot camp with hands-on training and preparation for the pitch and pilot phase, culminating in Pitch Black. 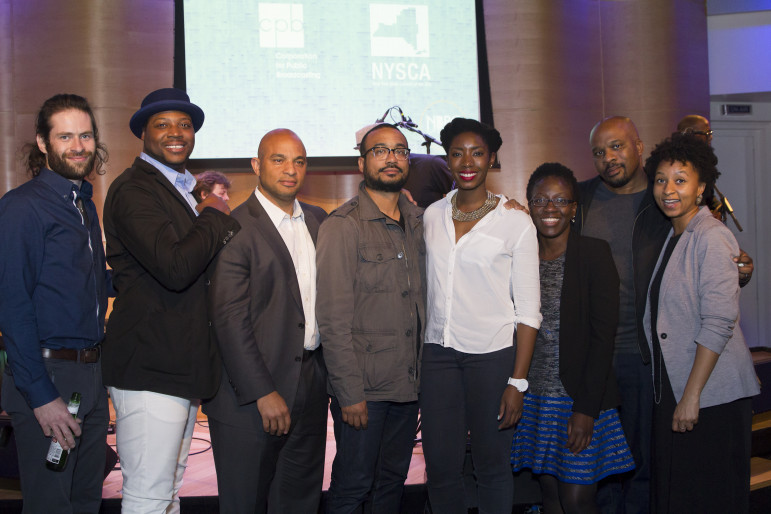 Correction: An earlier version of this story misstated the focus of the episodes of POPS.