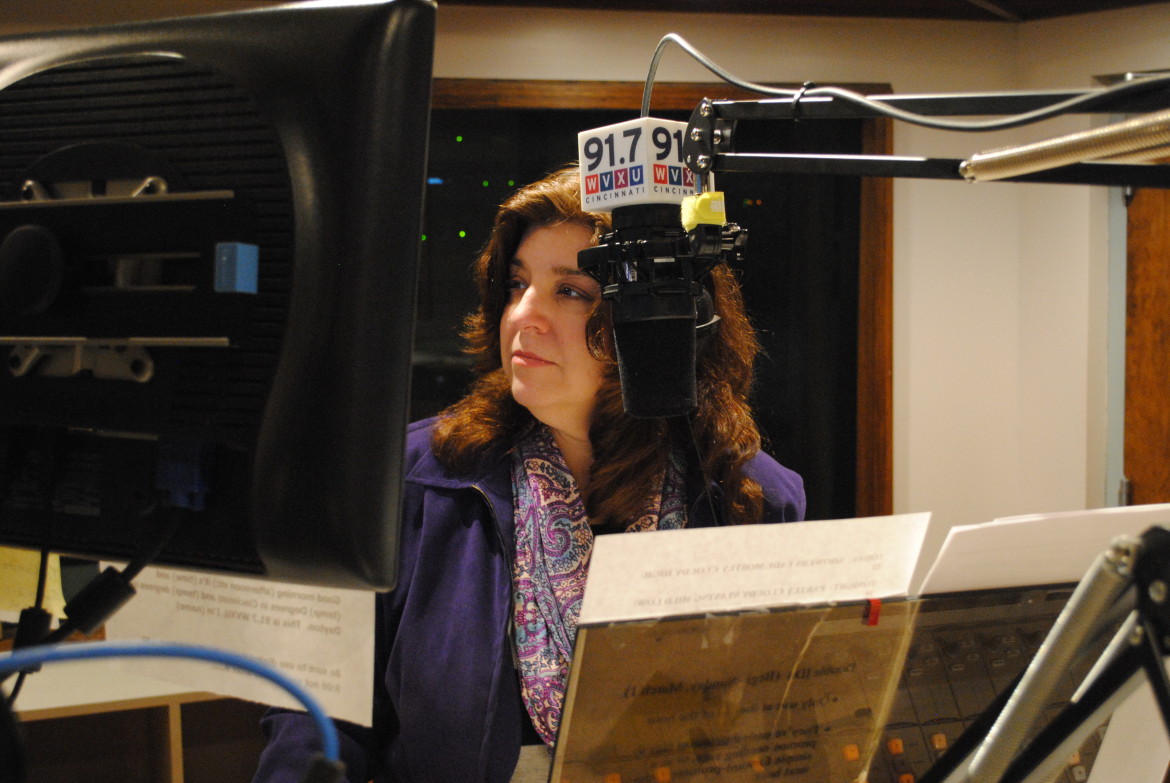 I’ve been hosting Morning Edition (or working the early morning shift) for the better part of the past 35 years. It’s my time of day, and I like it!

The 3 a.m. alarm isn’t my favorite part, but being the first morning commuter on the roads, the first in to work and (most of the time) the first to go home has its benefits. But as much as I love my job — and I really do — I value my vacation time. 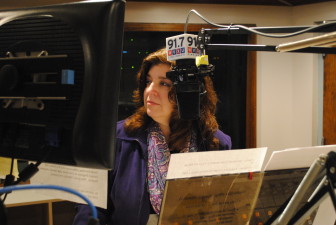 Beyond the early morning work hours, hosting Morning Edition can be a high-stress job, especially for hosts who run the show solo without a producer. We juggle news, traffic, weather, running the board, school closings and interviews, among other tasks. With the new clocks that NPR introduced last year, several Morning Edition hosts have joked that the only time we have to run to the restroom is during the A-1 segment.

On a closed Facebook page for local Morning Edition hosts, I was surprised to learn that taking a break is a big problem for hosts at many stations. Not only do we have to time our restroom breaks strategically, but many confided that they have little opportunity to get away from that daily grind. In some cases, the station’s news staff is so small, there’s no one to fill in on the Morning Edition anchoring shift; in others, newsroom colleagues are reluctant to tackle the early morning hours.

Everyone needs a chance to recharge, to spend time with family, run errands, read a book without the alarm pending the next day. Morning Edition hosts have earned the time. They’ve worked through the holidays while their colleagues are off; but when they’d like to take their annual leave, it becomes difficult.

“I don’t have a designated fill-in,” said one longtime host who asked to remain anonymous for fear of losing their job.

“The person who can fill in for me also fills in for everyone else on two radio stations,” the host said. “If I want a day off, I have to hope no one else has already claimed that day. It’s not that big a deal I guess, but after 10 years of this, I feel like I shouldn’t always have to plan all my time off six months in advance. And I have never called in sick at the last minute. I don’t know what they would do if I did, frankly.”

Other stations are working out ways to cover for their morning hosts, but those arrangements can be stressful for the host.

“Here at WVTF, my previous and only sub was our program director, who has since retired,” said Tab O’Neal, Morning Edition host at the Roanoke, Va., station. “We went about 14 weeks with no one on the bench. I worked through the holidays. Now I have a sub who is part-time and can also do [All Things Considered] and general board-op coverage.” But the relief may only be temporary. The sub, Luke Church, is looking for full-time work. O’Neal’s news director, Connie Stevens, is urging him to “‘get some time off scheduled while you can.’”

For some stations, the problem appears to have gotten more complicated with the new Morning Edition clock. A few hosts told me they had a sub before the new clock was implemented in November, but their fill-ins haven’t been eager to learn how to host the program with the new clock.

While I’ve gotten used to it, the new clock certainly keeps me hopping. Morning Edition hosts now have more breaks to fill and more newscasts to write. And of course there’s the challenge of learning to do something differently than the way it’s been done for decades. People are naturally apprehensive to take it on, or they may just not have had the time to learn it.

Not every Morning Edition host encounters this problem. Many stations make a point to have regular staff available when their host takes days off.

“My experience at KPCC has been good, even post–clock change,” said Steve Julian, Morning Edition host at the Los Angeles station. “My regular fill-in is Susanne Whatley, who brings many years of commercial and public radio experience. She’s been my sub for years and also fills in on ATC. When she isn’t available, we have two others capable of doing the show now that they’ve been trained in the new clock.

“I feel for those at stations who do not have a bench of subs available at a moment’s notice or for planned vacations,” Julian said. “No host should be put in that position.”

A program director who tried to create a system for staff to take leave has encountered reluctance from the hosts themselves. “When I came on board at this station, . . . I brought with me a belief that everyone should be able to take the personal, sick or vacation time he or she needs (and is allocated),” said the p.d., who asked to remain anonymous to speak candidly. “What I encountered was a culture where nearly every host was incredibly reluctant to do so due to years of ‘guilt trips’ over taking time off.”

The p.d. encountered several instances in which a staffer who was the designated substitute said, “Making me come in early in the morning really interferes with my day.” The staffer also questioned whether a host was “sick enough” to take a day off.

“Hosts were coming in sick and working to the point where they had to nearly be hospitalized in order to take a day off — then they’d come back in way too soon and perpetuate the cycle,” the p.d. said. “People were not taking care of their physical and mental well-being, and the stress that put on them was immense. I’ve worked hard since discovering this cycle to try and do away with it.”

Among public radio broadcasters, Morning Edition hosts are an interesting breed, observed Ariel Van Cleave, who hosts the NPR newsmagazine for WYSO in Yellow Springs, Ohio. “We enjoy our work even if it exhausts us. And we tend to feel guilty if we want a day or two off to recharge the batteries. The schedule is not exactly appealing to a normal person, and the clock change has only made the shift more demanding.”

Station leadership and the hosts themselves need to recognize that operating without a relief system is bad for everyone, said Van Cleave. “As a host who has been at the burnout point before, the quality suffers, and then the listener loses out because you’re not at best.”

Even people who seem to thrive on demanding work schedules need to take breaks. Vacations are especially important to breaking what Susan Krauss Whitbourne, an author and professor of psychology at the University of Massachusetts at Amherst, calls the “stress cycle.”

“When you’re stressed out and tired, you are more likely to become ill, your arteries take a beating, and you’re more likely to have an accident,” she wrote in a post for Psychology Today. “Your sleep will suffer, you won’t digest your food as well, and even the genetic material in the cells of your body may start to become altered in a bad way.”

She offers tips for planning — and taking — a “successful vacation,” one that allows us to return to work “ready to take on the world again.”

Vacation scheduling is a problem for many Morning Edition hosts. Many are expected to plan this time off months in advance, are made to feel guilty for requesting the leave and may have to endure a sub acting like a martyr for covering during their absence.

“I’ve been Morning Edition host at South Dakota Public Broadcasting for nearly 13 years, and I’ve never had a problem getting time off when needed,” said Gary Ellenbolt. “I wish other news directors and program directors would realize their morning hosts are human and as subject to burnout as any other person. Just looking forward to time off, without being made to feel guilty for even asking, can lift the spirits of a lot of hosts, and they’ll be better hosts for it.”

I urge all station managers, p.d.’s and news directors to consider how guilt trips affect the morale of your hosts.

And for newsroom staff who take the shift, remember that it’s a temporary assignment of a few days or a week, not a complete lifestyle change. You gain the opportunity to be on the air during morning drive, when more listeners are tuned to your station than any other time of day.

It’s also important to consider a relief system for when your host needs a sick day. I know that most ME hosts do everything to work their air shifts. I’ve had to make that 3 a.m. call a few times over the past three decades, but it was very rare. One time it was because I had a miscarriage!

Thanks to Jay Hanselman who’s been filling in for me for 20-some years, and to Ann Thompson and Tana Weingartner who also sometimes take the early morning turn.

Please do your part to allow your Morning Edition hosts to use the time they’ve earned and be kind to those who fill in as their substitutes. They may be a little cranky after a week of getting up at 3 a.m.

Maryanne Zeleznik is news director and Morning Edition host at WVXU in Cincinnati.