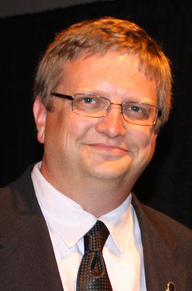 The Association of Public Television Stations elected new board leadership and trustees at its annual Public Media Summit Feb. 22 in Washington, D.C.

Chairing the board is Eric Hyyppa, g.m. of Montana PBS, who moves up from professional vice-chair. That post went to Ronnie Agnew, executive director of Mississippi Public Broadcasting. Lay vice chair is Jo Ellen Chatham of PBS SoCal.

Re-elected to the board was political consultant Landri Taylor, lay trustee at Rocky Mountain PBS, Denver. 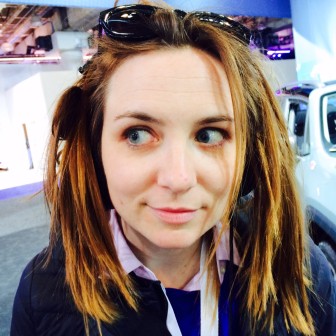 Zoe Chace, who reported for NPR’s Planet Money for the past three years, is now a producer with This American Life. Previously, she was a production assistant on NPR’s Arts Desk.

KQSM-FM, community radio in Sequim, Wash., is honoring host “Classy” Bob Massey’s 90th birthday with an open house March 9. Massey, whose show The Best Music Ever Made airs from 9 to noon weekdays, has been on the radio since 1945 and on KQSM since 2008. Bruce DuMont, founder and president of the Museum of Broadcast Communications and Radio Hall of Fame in Chicago, told the local Peninsula Daily News that Massey is the oldest broadcaster with a regular gig in the country.

NPR Correspondent Tom Gjelten is now reporting on the religion/belief beat “as a way to explore America’s diversity and identity,” said Senior National Editor Vickie Walton-James in a Feb. 17 email to colleagues. Gjelten, who has been with NPR since 1982, previously covered national security, including the intelligence community, the military, terrorism and global economics. Over the past year he has been reporting on immigration and writing a book, A Nation of Nations: A Story of America After the 1965 Immigration Act, to be published this October.

Independent Television Service has hired Shaady Salehi as managing director of distribution and audience development. Salehi will represent ITVS-funded programs and services to public television stations and develop strategies for multiplatform distribution. She is former executive director of Active Voice, an organization that uses film to advance social change. Salehi is a 2014 Aspen Institute Fellow.

Veteran manager Gerry Weston is retiring in June, after 30 years in public radio. Since 2011 he’s been g.m. of WICN in Worcester, Mass. Previously he was president of Public Radio Partnership, now Louisville Public Media, where he managed the 1995 merger of WFPL, WFKP and WUOL. Weston also served as g.m. at WSCL and WSDL in Salisbury, Md.

Tim Molloy, former digital engagement editor at Frontline, takes over as editor of Boston.com March 16. He and Kaitlyn Johnston, new deputy editor, will be responsible for management of the editorial operation of the web home of the Boston Globe, including staff, development of new initiatives, audience expansion and long-term strategic planning. Before Frontline, Molloy spent nearly 20 years as an editor and reporter at TheWrap.com, TVGuide.com and The Associated Press.

Kassie Stephenson, former Groupon director of global email marketing, is the new v.p. of membership and marketing at Chicago Public Media. Stephenson is responsible for growing membership and revenue and leading fundraising efforts in pledge, email, mobile and social-media marketing campaigns. At Groupon, she led international CRM/email teams in Berlin through a major transition from individualized regional programs in 36 countries to one global program.

Luis Antonio Perez joined the board of directors of the Association of Independents in Radio. A host and multimedia producer at Chicago Public Media, Perez produces morning talk programming on Vocalo and is a regular contributor to WBEZ. He has also hosted NPR’s Latino USA and served as interim general manager at Vocalo. Before his pubradio career Perez was an independent filmmaker. He has served on AIR’s programming committee since 2013.