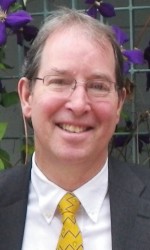 Stephen “Tim” Roll, a longtime executive at WHYY in Philadelphia, died Feb. 6 of non-Hodgkins lymphoma. He was 61.

Roll sold radio, television and digital underwriting at WHYY for 23 years. Prior to WHYY, he sold radio advertising for Philadelphia commercial stations WCAU-TV, WMGK-FM and KYW-AM. He was also a member of the Philadelphia Advertising Club.

Roll’s work ethic was undeterred even as he dealt with the toll lymphoma took on his health, said Roseann Oleyn, WHYY’s v.p. of institutional advancement.

“He was our top underwriting executive,” Oleyn said. “He struggled the past few years with the disease, but he always came in and worked hard, was determined and was in good spirits.”

Roll was born in Munich, and his family moved several times during his childhood, which included three years in Tripoli, Libya. After moving to Arlington, Va., he attended Washington-Lee High School. He earned a bachelor’s degree from the University of Virginia in 1975 and a master’s degree in radio, television and film from Temple University in Philadelphia in 1978.

Roll is survived by his wife of 29 years, Joan, and daughters Katherine and Emily.