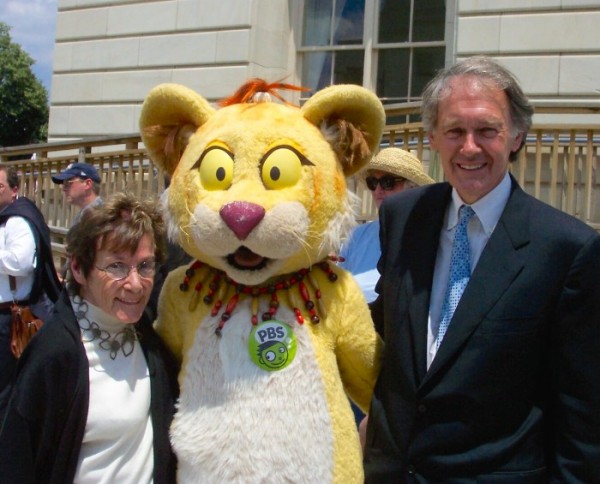 Peggy Charren poses with Leona, a character from the WGBH children’s show Between the Lions, and Congressman Ed Markey (D-Mass.) in 2005 on Capitol Hill. (Photo: Jeanne Hopkins, WGBH)

Peggy Charren poses with Leona, a character from the WGBH children’s show Between the Lions, and Congressman Ed Markey (D-Mass.) in 2005 on Capitol Hill. (Photo: Jeanne Hopkins, WGBH)

Peggy Charren, an advocate for children’s television and a former trustee of WGBH in Boston, died Thursday in Dedham, Mass. She was 86.

Charren founded Action for Children’s Television (ACT) in 1968 to fight commercialism in children’s television programming. ACT grew to more than 20,000 members nationwide as it successfully lobbied the FCC to create a children’s programming division and worked with the National Association of Broadcasters to adopt voluntary guidelines for kids’ programs.

The organization also helped establish a ban on vitamin ads during children’s shows in the 1970s after there were reports of kids poisoning themselves with products advertised on the air.

Congress passed the Children’s Television Act in 1990, following years of pressure from ACT. The law still mandates TV stations to air a minimum of three hours a week of educational content for young viewers.

Charren disbanded the organization in 1992 when the act went into effect, telling the Washington Post, “There’s no longer a programming rationale for continuing ACT.” But she remained active as a kids’ programming advocate and consultant and went on to serve as a visiting scholar in the Harvard University Graduate School of Education.

Charren also was a member of the Advisory Committee on Public Interest Obligations of Digital Television Broadcasters, also known as the Gore Commission. In a 1998 report, the committee issued 10 recommendations to the vice president leading up to the digital television conversion, including that an extra digital TV channel be reserved in every community for noncommercial educational purposes.

“Peggy Charren was small in stature but in nothing else,” said WGBH President Jon Abbott in a statement. “She took on the giants of the commercial television industry in the 1970s and brought about substantive programming and legislative changes that bettered the lives of millions.”

He added that Charren “held WGBH and public broadcasters up as the model that all television stations should aspire to.”

In 2009, the Association of Public Television Stations presented Charren with its David J. Brugger Grassroots Advocacy Award to honor her efforts to secure legislative and regulatory policies that enhance educational television.

“No one ever deserved this award more than Peggy,” said APTS President Pat Butler in a statement Monday. “Through her efforts, millions of young Americans have gotten ready to learn in school and succeed in life, and it’s hard to imagine a better legacy than that.”