The American University School of Communication has hired public media journalist, producer and critic Julie Drizin for the new position of Executive Director of Current, as the newspaper and website seeks to expand its coverage and impact in U.S. public and nonprofit media.

“I am thrilled to be coming home to public media as the Executive Director of Current,” says Drizin. She starts at Current Jan. 20. 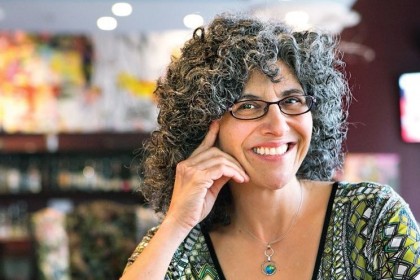 She comes to Current from the University of Maryland’s Philip Merrill College of Journalism, where she directed the Journalism Center on Children and Families, taught undergraduate journalism majors, and convened a December 2014 Aspen Institute Forum on Race, Journalism and Society. Drizin has been an award-winning producer of news, public affairs and talk programming at WXPN-FM in Philadelphia, Democracy Now!, NPR’s Justice Talking and WETA-FM in Washington, D.C.

Drizin adds, “Current has always been my favorite source for what’s going on in the public media world and I’m eager to work with the dedicated staff, American University, the Wyncote Foundation and new partners to ensure that Current thrives in this ever-changing digital landscape.”

Drizin has served as an editor, trainer, strategist, grant evaluator, awards judge and advisor on engagement, citizen journalism and innovation for a variety of public media organizations, including the Association of Independents in Radio, the National Center on Media Engagement, the National Federation of Community Broadcasters, World Channel, American Film Institute SilverDocs, Public Radio Exchange and J-Lab.

“We are excited to have such an experienced, skilled and passionate public media leader and innovator taking Current to the next level,” says Jeff Rutenbeck, dean of the School of Communication.

Current is an editorially independent service of American University’s School of Communication, supported in part by a grant from the Wyncote Foundation.