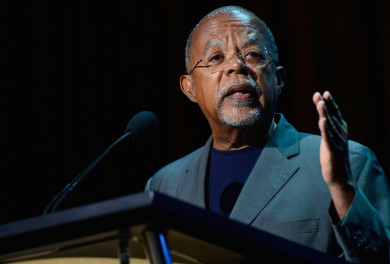 Although media technology is changing, “the jury was impressed that the essentials remain: tell a good story in the service of truth, tell something interesting and important, tell something that makes us wiser and better informed,” said Richard Wald, duPont jury chair, in the announcement. “Valuable journalism is alive and well.”

Frontline received one duPont for “United States of Secrets,” detailing how the federal government collected private information from citizens and covered up the project. The judges hailed it as “a captivating and chilling investigation . . . for everyone who uses a computer or picks up a telephone.” Honored were Michael Kirk, producer, writer, director; Mike Wiser, producer, writer; Jim Gilmore, producer, reporter; Barton Gellman, editorial consultant; Martin Smith, writer/producer; and Linda Hirsch and Ben Gold, co-producers.

The series’ other award went to “Syria’s Second Front,” one of the first looks inside how the radical Islamic State group functions. Correspondent and Syrian native Muhammed Ali reported from inside a war zone and traveled with rebel groups for his coverage.

NPR also won for “Guilty and Charged,” a six-part series that aired on All Things Considered and Morning Edition revealing a two-tiered justice system that more harshly punishes poor suspects through fines and court costs. Joseph Shapiro spent a year researching and reporting the project.

The duPont for Minnesota Public Radio recognized “Betrayed by Silence,” which the jury called a “heartbreaking, exhaustive investigation” of sexual abuse and subsequent cover-up by the Catholic Archdiocese of St. Paul and Minneapolis. MPR’s reporting “has led to numerous actions to protect the public,” the jury noted, including a criminal investigation of the archdiocese, resignations, forced retirements and the release of names of abusive priests.

Here’s a video from Wednesday’s announcement.