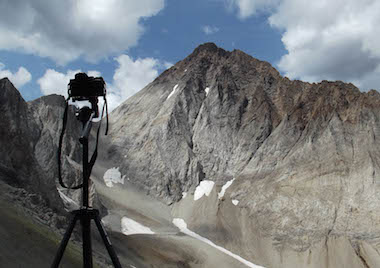 Public broadcasters and journalist groups are mobilizing to challenge a rule change proposed by the U.S. Forest Service that would regulate filming in federally designated wilderness areas.

In the last week, 46 public television and radio stations have agreed to support a filing with the Forest Service, which announced in the Sept. 4 Federal Register that it seeks comments on a “proposed directive” requiring media organizations to obtain permits and pay fees before filming in wilderness areas.

The Association of Public Television Stations is coordinating the joint action at the urging of several large Western stations, including Oregon Public Broadcasting and Idaho Public Television, both of which produce flagship local series on natural resources and outdoor recreation.

The public broadcasters are working with a First Amendment attorney to craft the comments, said Steve Bass, OPB president. “We want them to be thoughtful and complete, underlined with a lot of legal precedent,” he said.

APTS declined to name the attorney because the contract is not yet signed, saying only that the lawyer is “prominent.”

The Forest Service’s filming regulations have been in place on an interim basis since 2010 but enforced erratically, broadcasters said. They require a permit for what is classified as “commercial” photography and filmmaking and are meant to ensure that the wilderness areas remain untrammeled by film crews, the Forest Service says. Similar regulations already limit filming in protected lands that are not classified as wilderness.

Filming of breaking news events is exempt from the rules. But producers for the Oregon and Idaho state networks have been required to get permits, and in some cases their applications have been denied when attempting to film longer-form magazine and documentary work that officials have deemed commercial.

Ed Jahn, a reporter for OPB’s Oregon Field Guide magazine program, said some forest officials, but not all, have asked the show to seek permits since the interim rules took effect. On most occasions, “we would say ‘no,’” he said. “We weren’t going to ask permission.” Instead, producers filled out trailhead forms, just as the public is required to do when entering a wilderness area, he said.

“If we are doing anything out there that is not news-related, we would go through any process they want us to go through,” Bass said. But as journalists, “we don’t ask for permission to do stories.”

OPB’s crews “are not carrying tons and tons of equipment. They are like regular hikers,” Bass said. Print reporters carrying notebooks are not subject to permitting procedures, he added.

“At the end of the day, we don’t think we should be lumped in with commercial entities,” given that the station is nonprofit, Pisaneschi said. “Yes, we nominally sell home videos, but that’s as a service to our viewers, not as a money-making operation. Our purpose is to provide education and information to the people of Idaho.”

Pisaneschi describes the rules as too narrow, allowing filming without a permit when there is a forest fire, for example, but not if the station’s producers want to take two weeks to examine the impact of a beetle infestation.

The broadcasters have received support for their cause from lawmakers, including U.S. Senators Ron Wyden (D-Ore.) and John Barrasso (R-Wyo.). In a joint Sept. 30 letter to U.S. Agriculture Secretary Tom Vilsack, the senators said the proposed rule “is a direct violation of American First Amendment rights and likely unconstitutional.” They added that it would create a serious litigation risk for the Forest Service.

The outcry erupting from the Federal Register notice appeared to take officials by surprise. Forest Service Chief Tom Tidwell sought to calm the waters, saying in a Sept. 25 press release that the Forest Service “remains committed to the First Amendment.” “To be clear, provisions in the draft directive do not apply to news gathering or activities,” including documentaries, he added. The Forest Service also extended the deadline to file comments by one month, to Dec. 3.

The Forest Service “is trying very hard to put out the wildfire here in the media world by saying, ‘This doesn’t apply to you,’” said Tim Wheeler, chair of the Society of Environmental Journalists’ Freedom of Information Task Force and a reporter for the Baltimore Sun. He called that “refreshing” but added, “The problem is, it’s not reflecting in the actual language of the proposed directive.”

Wheeler said Tidwell told him that the Forest Service would like SEJ and other journalism groups to draft suggested revisions to the proposed regulations so they are “in line with his stated intent.” SEJ is working with other journalism organizations to craft that suggested wording.

Television series such as Oregon Field Guide should be clearly protected under any revised guidelines, Wheeler said. “To my way of thinking, that’s a public affairs–type program. It’s not entertainment per se any more than a feature piece in a magazine.”

Forest Service spokesperson Larry Chambers said there are no immediate plans to re-examine the rules governing non-wilderness areas. But Tidwell, he said, has indicated he wants the service’s directives to match his intentions, and if concerns about the existing regulations are raised in the comment process, “we’ll certainly be interested in revisiting it or exploring next steps.”

Before filing official comments, a coalition of journalism groups led by the National Press Photographers Association plans to outline their main points in a letter to the Forest Service “just to keep the pressure on,” Wheeler said. “There’s evidence of movement there, and we’d like to keep it going.”