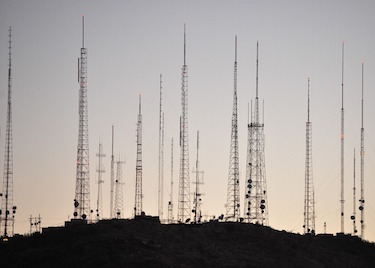 The FCC auction that will repurpose broadcast spectrum for use by smartphones next year could also knock public TV translators off the air, and so far pleas for relief from public broadcasters appear to be falling on deaf ears at the commission.

The survival of some of pubcasting’s 565 translators — essentially low-powered TV stations used to rebroadcast a full-power station’s signals to otherwise unreachable areas — is in question because rules for the FCC auction provide no protection.

Auction rules the FCC adopted earlier this year offer a panoply of protections for full-power commercial and noncommercial TV stations, clearing the way for full-power broadcasters to sell spectrum in proceedings that a recent FCC-sponsored report said could raise up to $45 billion.

The 3,838 TV translators in the U.S., along with 2,028 low-power TV stations that generally provide original programming, received no similar protections under the FCC’s rules, and no assurances that they will be able to find empty spectrum when the auction is over.

As a result, if the FCC needs a translator or LPTV channel for the auction, it can take the channel without compensating the translator’s owner, even if the broadcaster has no spectrum to move to. A July CPB report said that 62 of the 170 CPB-supported TV stations operate about 565 translators in 35 states.  “[U]p to 200 of the translators may disappear because there will not be channels available for them once the television stations have been repacked,” the report said.

Industry lobbyists say translators and LPTVs lost out on protection because they were caught off guard and the FCC and phone companies had an interest in clearing as much spectrum as easily as possible for the auction. Their arguments prevailed as Congress approved the law authorizing the auction, said Jim McDonald, president of the National Translator Association, an organization that represents owners of both noncommercial and commercial translators.

“It came down to the money,” McDonald added. “If Congress didn’t have to give us money as a secondary service, they weren’t going to.”

Pubcasters have been lobbying the FCC to at least prioritize their translators over commercial translators and LPTV stations if new channels are needed after the auction, according to Lonna Thompson, Association of Public Television Stations e.v.p., c.o.o. and general counsel.

Thompson also said pubcasters have been lobbying for federal reimbursement for costs of moving translators to new channel assignments. Engineers have estimated the average move could cost $50,000.

The FCC released proposals Oct. 10 in what it characterized as an effort to “mitigate” the adverse impact the auctions could have on translators and LPTVs. For the most part, the proposals did not include the relief that public broadcasters have sought.

“There is no protection for translators,” said Fred Ihlow, v.p. of technology for KNPB in Reno, Nev. The station relies on five of its own translators and 22 owned by local governments to reach rural viewers.

“It’s really not giving us anything,” McDonald added.

“I don’t see this rulemaking addressing any of the concerns we have brought to bear,” said Ron Pisaneschi, general manager of Idaho Public Television, which operates a network of five full-power TV stations and 49 translators to deliver service across Idaho. “We continue to be concerned about the potential to lose service in parts of our state.”

One FCC proposal to help displaced translator and LPTV station operators find new channels could help in rural areas where less broadcast spectrum may be needed for the auction and more channels are likely to be available after the auction’s channel repacking.

But even in some rural areas, and particularly in areas near major markets where the FCC has the largest need for spectrum for the auction, few if any new channels will be available for displaced translators because the FCC will prioritize repacking full-power TV stations.

The FCC guarantees new channels for displaced full-power stations. LPTVs and translators have no similar guarantees, and the FCC has made clear that it wants to clear as much spectrum as possible for wireless operations in the auction.

“The whole exercise here is to squeeze the air out of the bag,” said John Crigler, a communications attorney with the law firm Garvey, Schubert and Barer.

Another FCC proposal could help some public TV stations by giving translator and LPTV owners more time to switch from analog to digital, Crigler said. Current FCC regulations set a Sept. 1, 2015 deadline for stations to switch.

The FCC would give channel priority to a specific type of translator if it’s displaced — the so-called digital replacement translators. DRTs are licensed to fill in service areas that stations lost in the 2009 conversion from analog to digital. Twenty-nine noncommercial and 88 commercial TV stations are licensed to use DRTs, according to the FCC.

An FCC proposal to permit displaced translator stations to divvy up channels may be hard to pull off technically, Crigler said.

Pubcasters were disappointed that the FCC hadn’t proposed to give them more.

“We want protection for the outlying areas so our TV translators can continue,” said KNPB’s Ihlow, adding that station representatives have been reaching out to the state’s federal legislators, who include Senate Majority Leader Harry Reid.

“They get it,’’ said Ihlow, who added that KNPB may air public service announcements warning viewers that their over-the-air broadcast translator service may be imperiled.

In an effort to turn up the heat on Congress, the translator association has been sending releases to newspapers in the hundreds of areas served by translators, warning that the auction could result in service loss. “What we want them to do is make their congressmen very aware of their concern that they might lose service in the auction,” McDonald said.

With encouragement from NTA and similar groups, Reps. Joe Barton, R-Texas, and Anna Eshoo, D-Calif., asked the Government Accountability Office Oct. 1 to study the impact that the incentive auction could have on translators and LPTVs. Their letter asked the GAO to recommend how the FCC and Congress could “remedy adverse impacts” from the auction on LPTVs, translators, and “most importantly, on their viewers.”

“APTS plans to contact GAO to be part of its study so that we may address GAO’s understanding of the importance of public television translators,” said APTS’s Thompson.

“Congress doesn’t act until it has to,” said James Morgese, general manager of KUED, a Salt Lake City pubcaster that relies on 80 translators of its own and another 20 owned by local governmental entities to reach Utah television viewers.

“When we start feeling the pain, someone will get involved, we hope,” Morgese said.

“It’s pretty hard to get Congress to do anything but recess,” added Crigler.

Crigler also said pubcasters were unlikely to make any headway at the FCC. “The FCC is going to be reluctant to do anything to stop this [auction] train,” Crigler said.

Even so, pubcasters and other members of the public will have 30 days to comment on the FCC’s proposals and another 15 days to reply to initial comments before the agency acts on them.

“Now that the rulemaking is on the table, it gives public broadcasters the opportunity to frame the questions and answers that they think bring the most clarity to the issues they think the FCC should be considering,” said Ernest Sanchez, a communications attorney.

APTS “will continue to work with the FCC, the industry, and members of Congress as we move forward in ensuring the public’s continued access to TV translator services,” Thompson wrote in an email.