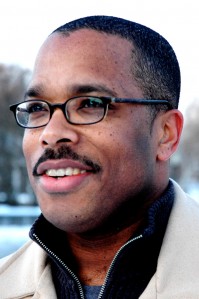 He replaces Claire Aguilar, who has held the position for 13 years.

Walker, a Peabody Award–winning documentary producer and director, will manage a portfolio of ITVS-funded programs. He will also curate the Independent Lens documentary series with Deputy Executive Producer Lois Vossen and PBS.

While at AIR, Walker supervised project planning and project recruitment and paired independent producers with stations. Localore teams up producers and public radio stations on multimedia production and community engagement.

Walker has more than 20 years of experience in documentary production and development. He has worked on projects for American Experience, Frontline, American Masters and Independent Lens. He also lectured and taught writing at the University of Pennsylvania Law School, the JFK Presidential Library and WGBH Producers Lab.

Current Assistant Editor Andrew Lapin has left to pursue full-time freelance writing and other opportunities, including a fellowship in film criticism in Belgium.

Lapin joined Current in July 2012 and covered a wide range of topics in his time with the publication, including podcasting, digital innovations in public media, nonprofit news websites and independent filmmakers, and obituaries. He also helped build Current’s digital newsgathering capabilities and has reported from the SXSW Interactive festival, the Third Coast International Audio Festival and the Online News Association conference. His last day with Current was Sept. 9.

In his new role as a freelancer, Lapin will devote more time to pursuing film criticism. He has accepted a fellowship in the Young Critics Workshop at the international Film Fest Gent in Belgium next month.

“Current has done and continues to do amazing work for the public media community, and I am thankful to have collaborated with this talented group of people for two years,” Lapin said. “Though I am excited to follow my passion and begin a new journey as a freelancer, I hope to remain connected to the world of public media — and I will stay in touch with the system by continuing to read Current.”

Prior to his position with Current, Lapin was an intern at NPR and an editorial fellow with Atlantic Media’s Government Executive magazine.

Current will hire a replacement for Lapin.

Anthony Padgett, s.v.p. of content and operations at dual licensee WJCT in Jacksonville, Fla., begins work Oct. 1 as chief operating officer at Georgia Public Broadcasting in Atlanta. Previously at WJCT, Padgett also oversaw technology, studio facilities, radio, digital, programming and production. He also served as g.m. at the former WBCC in Cocoa, Fla., which partnered with the University of Central Florida to become WUCF in Orlando after former PBS primary station WMFE-TV was sold to religious broadcaster Daystar in 2011

PBS public affairs host Tavis Smiley has a new book out, Death of a King: The Real Story of Dr. Martin Luther King Jr.’s Final Year (Little, Brown and Co.), tracing and analyzing the last year of the civil rights leader’s life. Time magazine calls it a “microscopically focused biography, which trades in both weighty events and the everyday joys of family life.” Smiley is also busy this fall as a contestant on the ABC show Dancing With the Stars. [UPDATE: Smiley was voted off the show Tuesday night. “Our competitors on this show had 35 to 40 hours to rehearse, and I had a book tour,” he told Good Morning America.]

Ken Rudin, former NPR political editor and a contributor to NPR’s Talk of the Nation, has signed a one-year contract with New Hampshire Public Radio. He’ll provide political analysis during monthly appearances on The Exchange, a statewide call-in show hosted by Laura Knoy, and co-host election night specials. “Ken’s unique voice is largely missing from the national conversation,” said Besty Gardella, NHPR president, in the announcement. “We are proud to bring it back to the public radio audience, beginning here in New Hampshire.” Since departing NPR, Rudin launched Political Junkie, a website and weekly podcast featuring his commentaries and a weekly podcast.

Greg Shea, creator and executive producer of the music show Front Row Boston, is this year’s WGBH Becton Fellow. The fellowship honors Henry Becton Jr., WGBH’s former president and current vice chair, and recognizes content creators whose work exemplifies the station’s public-service mission. The multiplatform Front Row Boston captures local artists in performance at the city’s music venues. Shea, who joined WGBH in 2000, also specializes in short-form video; his work has run in broadcasts and on websites for Antiques Roadshow, Masterpiece and American Experience. The endowed Becton Fellowship fund, launched in 2006, “supports editorial efforts that carry out WGBH’s mission and helps ensure that WGBH has access to the most talented and creative leaders in the field,” the station said in the Sept. 17 announcement.