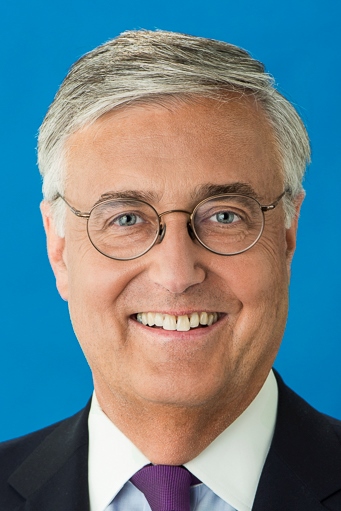 Dunn headed HiT — which owns Thomas the Tank Engine and other kids’ properties — from 2008 until 2012, when Mattel purchased the company. HiT originally formed in 1983 as Henson International Television, a branch of the Jim Henson Co., creator of the Muppets. HiT also was a partner along with Comcast and PBS in the PBS Kids Sprout children’s commercial channel that launched in 2005. The channel is now owned by NBCUniversal and known as Sprout.

Dunn is currently an Advance Leadership Initiative Fellow at Harvard University with a focus on media and education. The fellowships, according to Harvard, are “designed to prepare experienced leaders to take on new challenges in the social sector where they potentially can make an even greater societal impact than they did in their careers.”

Previous to HiT, Dunn was chief operating officer of the Nickelodeon Networks Group and the president of Nickelodeon Film and Enterprises. There, he built Nickelodeon’s international networks business and oversaw growth of Blue’s Clues, SpongeBob SquarePants and Dora the Explorer “into three of the world’s largest licensed property brands,” according to the workshop’s announcement Monday.

“Jeff Dunn has an outstanding track record in the world of children’s media,” said Vincent Mai, chair of the Sesame Workshop Board, adding that under Dunn’s leadership, Nickelodeon “became one of the industry’s most global networks, largest licensing businesses, as well as the world’s largest digital media business for kids.”

In the announcement, Dunn said that the workshop “really invented the business of kids’ television as we know it today and all of us in the kids media industry recognize the debt we owe the workshop for leading the way. I am truly humbled by this opportunity to join the workshop and help to steer its future and educational mission.”

The workshop’s last two leaders, Melvin Ming and Gary Knell, each had long backgrounds at New York–based Sesame Workshop and years of experience in pubcasting before they led the company, which produces public TV icon series Sesame Street.

Dunn succeeds Ming, who announced his retirement earlier this year. Ming joined the workshop in 1999 as chief financial officer, rising to chief operating officer in 2002 and president in 2011. Ming’s previous experience included working as c.o.o. of WQED in Pittsburgh, c.f.o. of WNET in New York and a finance v.p. at NPR.