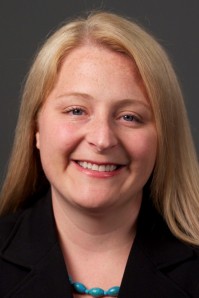 Marianne Russ has been named to the new position of managing editor for Capital Public Radio News in Sacramento, Calif.

She will coordinate multiple divisions, including the regional news service, the Capital Public Radio Network and The View From Here, a multimedia documentary series about how people respond to challenges in their lives. Russ will also oversee daily and long-range editorial planning and special projects.

Previously she served as Capital Public Radio’s capital bureau chief for six years, reporting daily on government stories and running the Capital Public Radio Network. Under her leadership, the service grew to air on more than 50 public radio stations in California, Oregon and Nevada. Russ’s awards include a Murrow, and she’s also been honored by The Associated Press, Public Radio News Directors Inc. and the Association of Capitol Reporters and Editors.

Thom Paulson, g.m. of Interlochen Public Radio in Michigan, “expressed it is time to step aside to make room for a new generation of leadership,” according to Interlochen Center for the Arts President Jeffrey Kimpton. Paulson has been at the station since the summer of 1976. He will remain as g.m. during the search for his replacement, which the licensee hopes to complete by January 2015. Until then Paulson will also focus on overseeing music programming and special projects as well as hosting on-air.

Jonese Franklin has taken over as news director at WEKU-FM at Eastern Kentucky University in Richmond. Since 2011, Franklin has served as operations manager and local All Things Considered host. Previously, she was music and production director at WMKY at Morehead State University, also in Kentucky, and a music host and producer for WUKY in Lexington.

Michael Caputo, engagement manager for American Public Media’s Public Insight Network for the past seven years, has accepted a position as Macon bureau chief for Georgia Public Broadcasting. He succeeds Adam Ragusea, who is joining the journalism faculty at Mercer University in Macon. GPB Macon’s broadcast of Morning Edition, which Ragusea anchored, will be temporarily hosted by GPB’s Leah Fleming, who also helms All Things Considered. Caputo will ultimately take over afternoon hosting duties.

Phyllis Fletcher has accepted the position of managing editor at Northwest News Network, a collaboration of public radio stations in Washington, Oregon and Idaho. She’s worked at partner station KUOW in Seattle since 2004 as a weekend host, reporter and, most recently, editor. Her past honors include a national Edward R. Murrow Award and a Gracie Award, and she completed a fellowship on NPR’s national desk. In her new role, she will continue to work from KUOW.

The Online News Association has announced its fourth class of MJ Bear Fellows, three journalists under age 30 whose work in independent, community and corporate news represents the best of new media. Included are Aaron Williams, a news app developer at the Center for Investigative Reporting, who will use data from Virginia hospitals and the Census Bureau to chart the spike in addictive painkiller prescriptions among veterans since 9/11; and Anika Anand, director of engagement at the education news network Chalkbeat, who’ll focus on MORI (Measures of Our Reporting’s Influence), a WordPress tool that tracks reporters’ progress toward reaching readership and engagement goals. The fellowship is named for former ONA Board member Bear, former NPR online v.p.

Feather Linn, education manager at Arkansas Educational Television Network in Conway, has published her first novel, Pickle Juice, Diamonds, and Football (Tate Publishing). In it, a woman becomes involved with an NFL rookie and then embroiled in a scandal when a malevolent blogger becomes obsessed with ruining the player’s career.

Attorney William Weber has joined PBS at headquarters in Arlington, Va., as v.p., government affairs and associate general counsel. In his position he will represent PBS to federal officials, legislators and staff, as well as manage and coordinate all internal and external efforts related to legislative and regulatory matters. Weber spent nearly a decade with Baker & Hostetler in Washington, D.C., where he was a partner with the government policy and data privacy teams, counseling a range of commercial, nonprofit and trade-association clients.

The law firm of Garvey Schubert Barer has added attorney Brad Deutsch to its Washington, D.C., office, as part of its communications, media and information technology practice group. Deutsch will focus on broadcast station transactions and regulations before the FCC, where he previously served as special assistant to the chief of the Mass Media Bureau and as a supervisory attorney.

The Lone Star Emmy Chapter Board of Governors has elected KLRN Chief Operating Officer Julie Coan as a trustee to the National Academy of Television Arts & Sciences, marking the first time a resident of San Antonio will serve. Coan joined KLRN in October 2012 after 16 years at Houston PBS in production and communications. She has been a member of the local Emmy chapter since 2004 and currently serves as treasurer.