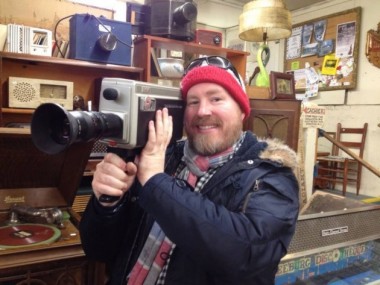 Patrick Baroch, one of the founders of the Independent Television Service’s Community Cinema program, died in March in Port Orchard, Wash. He was 45. The cause and date of death were not disclosed.

“I think so much of our success now has so much to do with Patrick and the kind of creative spirit that he had,” said Chi Do, director of engagement and education at ITVS. “He just had an extraordinary creative life that I think really complemented the work he did with ITVS and infused the way he approached community engagement.”

Baroch applied personal interests in filmmaking and painting to help build engagement around films.  For a screening of Las Marthas, a 2014 documentary about a colonial debutante ball in Laredo, Texas, Baroch tracked down the original era-appropriate dress designs from the film, and used them to prompt discussion about issues of race and class in the South.

Baroch is survived by his parents, Jerome and Frances, and sister Amy Baroch Labenski. ITVS asks that donations in his memory be made to local animal rescues.