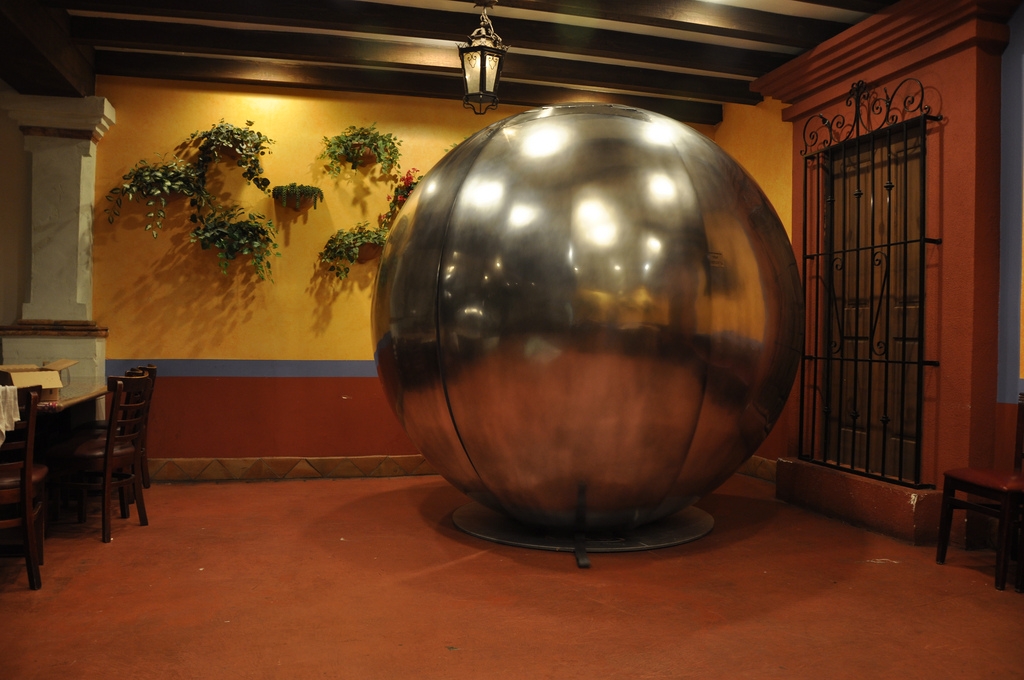 Localore, the public media innovation initiative led by the Association of Independents in Radio, is reporting out lessons learned from 10 different station-based multimedia productions that tested new models of community service and engagement. Each project was created by independent producers in partnership with local stations and launched into full production by last February. In this commentary, the first of two parts adapted from a report published this month, AIR Executive Director Sue Schardt shares takeaways that can guide producers and local radio and TV stations reaching beyond their traditional service models.

From the start, Localore was an unconventional public media production. As a national initiative, it was designed in part to offer insight for those inside public media who are working to spur invention and broaden service across multiple platforms.

After a rigorous competition and matching process, in early 2012 Association of Independents in Radio dispatched 12 of our best producers to 10 public media stations to take up our call to “go outside” traditional mindsets and craft and carry public media further into the streets of their communities.

Why? To address a need facing many local stations — the lack of adequate infrastructure to undertake sustained experimentation during a time of great ﬂux across the industry. The long game is to bring greater dexterity that helps public media expand beyond its plateau of core broadcast service to reach more citizens — station by station, city by city, street by street. By turning to some of our most gifted talent to lead the way, pursuing their best ideas for local multimedia storytelling projects, we intended to expand the contributions producers can make to public media and, by extension, to the American public.

But producers alone could not crack the code. Stations were called out to be project incubators, sharing their new visions of public media. In order to be eligible for Localore, they had to be willing to put some cash on the table and also submit video or audio proﬁles of their goals, ideas and communities to an online multimedia “runway.”

When AIR announced the 10 Localore productions in January 2012, Executive Editor Noland Walker noted that participating producers were of a particular breed: “skilled adaptors who were willing to make sacriﬁces — to move away from home for up to a year, to build something and leave it behind when they’re done.” The core team represents a new breed of social entrepreneur, with a public service idealism that served as a unifying and motivating force throughout the development of each of the local productions.

The interactive storytelling team Zeega later joined the project as a technology partner, collaborating with eight of the 10 Localore teams. Principals Kara Oehler, Jesse Shapins, and James Burns honed the digital production technology they had developed for AIR’s earlier Makers Quest project Mapping Main Street. By working with AIR through two phases of Localore, they were able to road test their interactive production platform, Zeega.com, which had been developed with core support from the Knight Foundation.

With publication of “What’s Outside? Public Media 2014,” we share the nuggets surfaced by this richly varied production. The quantitative impact of all of the Localore projects is reﬂected in our data visualization.

While not conclusive, the visualization delivers a unique and contemporary picture of a production that was conceived, designed and, ultimately, executed across nearly 60 discrete distribution channels — providing useful benchmarks for examining multiplatform production from the standpoint of cost and engagement. To gather monthly data from Localore stations, we created a survey in consultation with public radio programmer and strategist Scott Williams. From this data, which covered the launch of each project through the close of the R&D period, we homed in on key metrics with input from research gurus David Giovannoni and Craig Oliver.

One key takeaway from Localore is that in order to grasp the impact of contemporary media, we ﬁrst have to invent the forms we want to measure. Traditional metrics of broadcast reach do not accurately reflect either cross-platform interaction with related content or the deeper engagement and participation that are possible through combining broadcast, social media and in-person outreach.

For each team, Localore was their ﬁrst attempt at creating a complex multimedia project. We asked everyone to design a production from the get-go across three platforms — digital, broadcast and street — what we call “full spectrum” public media. And everyone carried the same overarching philosophy to their work — “Go Outside!” By that we meant not only to push the station to think and operate outside the box, but also to physically go to the farthest corners of the community to lay new paths to citizens who knew nothing about public media.

Each of the producers proposed and executed a very different approach. As a result, our efforts yielded a broad and diverse range of new formats, new production models and new insight into the relationships between these platforms and their impact. A year after the February 2013 launch of the full production, a new cohort of entrepreneurs has emerged: producers — most with radio roots — who each proposed and executed their own vision and are working to build on what they’ve created in a single market.

In terms of our call to build sustainable assets for our stations, the numbers indicate both success and challenges: eight of the 10 projects are continuing development. At the close of R&D, 22 staff persons were continuing the work, backed by $1.3 million in in-kind support and funding from a diverse range of sources.

We see continuing development in Chicago, where the Curious City ethos is being adopted by other stations, and Jennifer Brandel and her team are exploring ways to spread community-engagement technology and strategy. Two projects — Black Gold Boom and Sonic Trace — have entered a new phase of co-production with the Independent Television Service; and Twin City Public Television’s Andi McDaniel is heading up Rewire, a new innovation unit growing in the footprint left by Localore. The Reinvention Stories team at WYSO just launched a new season of on-air and online stories, KUT in Austin recently held a full-to-bursting second annual MapJam festival, and iSeeChange creator Julia Kumari Drapkin recently returned from the White House, where she was invited to help launch the Climate Data Initiative. We largely achieved our goal to expand the capacity both of stations and producers.

Our attempt to bring “transformation” to the industry and analysis of the impact led us to six takeaways that can shape the next phase of innovation and service expansion:

1. “Local” is a vital future value proposition for a public media seeking to expand and diversify its service.

The legacy model for public radio is built around national programming, principally Morning Edition and All Things Considered, which serves the core audience of listeners.

As stations and the networks continue to strengthen and build on this important core capacity, a new and distinct opportunity emerges for stations to position themselves strongly as community hubs.

Citizens in many local communities face daunting challenges, from navigating children through the American education system, to ﬁnding sustainable employment, to obtaining health care. Donning the mantle of trustworthy change agents for the prosperity and growth of their community has winning potential for public media stations.

It is a time for producers, reporters and technologists to overcome hesitation and move into unexplored territory. Producers: Step up your game and master the art of collaboration. Become persuaders and negotiators by explaining the problem you’re trying to solve and the difference your work makes.

Localore’s lead producers embody those who’ve stepped onto a new path of change. Study what they’ve done. Call on them.

3. “Digital” and “engagement” do not necessarily go together, at least not at ﬁrst.

The task of building engagement is a step-by-step process that too often gives short shrift to research that leads to deeper understanding of the constituency you want to reach.

In designing for engagement, Localore producers executed their ﬁrst stage of development in the ﬁeld, where they could pick up the pulse of the community and introduce public media to the new citizens they were seeking.

The MapJam in Austin, the sound bubble La Burbuja in L.A., walking tours by Reinvention producers on the streets of Dayton, Ohio — these productions demonstrated that good old-fashioned shoe leather is needed to point technology in the right direction. Once engaged, community members eagerly went to online platforms to share their observations and questions.

Before taking on a digital production, however, stations must become more technologically self-sufficient, developing the knowhow to quickly respond when, for example, Twitter changes its API. We found that working with lightweight, readily available platforms beats building proprietary distribution formats, but that stations need more in-house expertise to manage even these technologies.

4. The time is right for new targeted investment in community-based research and development infrastructure.

Localore’s approach to building a new culture of engagement was to first “go outside,” yet our impact analysis revealed the high cost of doing so, especially when compared to other mediums: Each impression on the street cost $10.20, versus $.05 via broadcast and $.38 per impression via digital.

The daunting cost of the street strategies speaks to the dearth of infrastructure out in the community. As stations invest in this capacity, the cost per digital and face-to-face impression will decrease over time.

There is now opportunity for stations to start building this new strategic dimension by diversifying their portfolio of business strategies. Start with a goal of devoting a small percentage of your annual budget for R&D, building incrementally over time to 10 percent.

5. Recognize new networks; this will strengthen your odds for success.

AIR engaged two powerful networks that were key to Localore’s success: its own extensive network of producers and the 1,200 public media stations across the country. Now AIR is leading efforts to further build producer-station infrastructure beyond Localore. With Public Radio News Directors, Inc., AIR recently developed a new rate structure and legal framework to guide radio stations and freelancers as they develop new working relationships that will strengthen local storytelling.

Localore producers effectively tapped into a range of systems within their local service areas — libraries, performers, churches, NASA, bars and clubs, universities, small businesses, museums — to build their productions and expand the public media station’s footprint. Development of these “new networks” offers fundraising potential for stations that can begin singing a new song about their local value proposition and align themselves with other like-minded institutions.

6. Anchor your work in human purpose.

If technology is the horse, what’s the cart? Any good experiment begins with the question, “What difference will this make and to whom?” Getting concrete answers to these questions from the start will also save what may otherwise be wasted investment, developing work that is of no real value to anyone.

Through our Localore production, and with the ﬁnancial support from CPB, the National Endowment for the Arts, the Wyncote and MacArthur foundations and our incubator stations, AIR has demonstrated its capacity to assemble and galvanize a base of talent effective at provoking positive change.

The Localore challenge has also brought forward a cohort of stations ready to open up their gearworks and do what it takes to redirect, re-energize, reinvent. And the project demonstrates how producers and stations can work together in new ways.

Our work is not done. I’ve learned, through Localore and the MQ2 initiative before it, that progress is a series of nudges accumulated over time. It is my hope and intention that the accomplishments of our team in these 10 communities serve as an encouraging model for others across the system to follow our lead and “go outside.”

In the words of one of our Localore producers, “We survived!”

Indeed, more than that, we thrive.