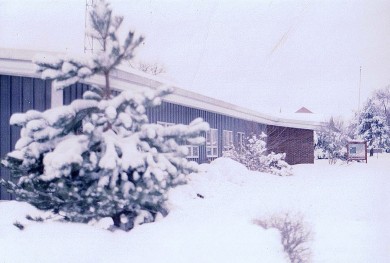 The only misstep the Vermont Public Television Board made regarding more than 20 closed meetings was not providing follow-up explanations as to why those conversations were not open to the public, Tom Pelletier, board spokesperson, said at its meeting today.

This was the first full board meeting since a Dec. 24 letter to the CPB Inspector General’s office alleged instances of board misconduct. The complaint accused VPT Board Chair Pam Mackenzie and Vice Chair Rob Hofmann of meeting more than 20 times since July 2011 with no notice to the public or other board members and no minutes of their meetings recorded. CPB requires open meetings of stations that receive Community Service Grants (CSGs).

The 14-member board — down two directors due to recent resignations over disagreements with leadership — faced an audience of about 50 that included the public, station members and VPT staffers, according to a station spokesperson. Directors unanimously adopted a resolution approved by the Audit Committee Jan. 24 urging both the board and VPT management to adhere to all CPB open-meeting rules.

Pelletier noted that those rules do not require prior public warning of closed meetings, only subsequent reports on reasons for the closure.

“We did not properly provide a notice following each meeting that such a session had been held, by way of stating the group that met, the day of the meeting and the reason for the meeting — the reason being a personnel matter,” Pelletier said. “Had we done that, we wouldn’t be in the middle of this current discussion.” CPB CSG rules allow closed-session discussions on several topics including personnel matters, proprietary information and litigation, with proper public follow-up statements.

Pelletier also said that the board and station management would work to recertify the station for CSG eligibility within 30 days, which the corporation mandated in a Jan. 15 letter.

That did not satisfy VPT staffers, many of whom signed a letter demanding further action and asking that Mackenzie and Hofmann quit the governing body.

“It is our understanding,” the letter reads, “that the resignations of Board members referenced in the complaint may help to expedite the investigative process and minimize catastrophic impact to VPT. With that in mind, we would urge you to consider this possibility. Vermont Public Television’s Board of Directors must make its first priority the continuity and well-being of the entire organization: its viewers, members and staff.”

Chuck Bongiorno, VPT major gifts director, presented the letter to the board. He told Current after the meeting that 19 VPT staffers signed it. The station has 38 employees; six senior staffers were unaware of the letter, he said. “A few staffers did not sign because they were uncomfortable about possible ramifications,” Bongiorno said, “but they supported the letter and the reading of the letter. To my knowledge, only one staff member was opposed to the letter and this approach.”

Other members of the public, including several longtime donors, addressed the board. A few noted that they had served on nonprofit boards and did not understand the need for more than 20 meetings concerning “personnel issues.”

The board directly supervises only one employee, VPT President John King.