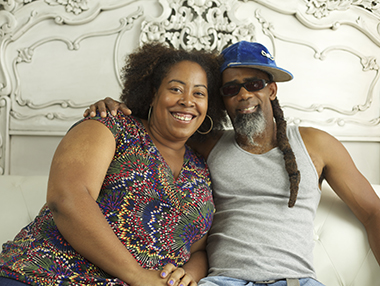 Now midway through its third season, the web series Black Folk Don’t aims to spark frank discussions of racial identity in modern-day America. Actors, scholars and ordinary black folk ponder stereotypes about African-Americans and how historical or cultural contexts might have led to such generalizations.

“It was just an idea that popped into my head, being someone who technically does things that black folk ‘don’t do,’” series creator and director Angela Tucker said. Tucker and Black Public Media launched the show in August 2011 after Tucker, a documentary filmmaker whose credits include a 2011 documentary about asexuality, responded to an open call for pitches for web series.

The show combines vetted interviews and spontaneous chats with people on the street. Tucker said she can tell right away when interviewees that she approaches cold will be open to talking, and not every approach works. “If you go up to somebody black and they’re with someone white, they won’t do it,” she said. “Across the board, 100 percent, they won’t do it.” But often the subjects are willing if they’re with other black people.

Tucker and her team have tinkered with the series’ format from season to season. For the first six-episode season, she solicited ideas from her friends, but she asked viewers to vote on topics for the second season. For the third season, Tucker and Nonso Christian Ugbode, director of digital media at Black Public Media, chose topics. This time around, participants riff on whether black people live to the end of horror movies, get plastic surgery and talk about feminism, among other topics.

Though the series maintains a good-natured tone, it has provoked impassioned responses. Most episodes have earned fewer than 10,000 YouTube views, but a second-season episode about atheism got more than 30,000 views and a flood of critical comments from black atheists who were upset that the video didn’t include more atheists.

The video skewed toward a religious viewpoint because it was shot in New Orleans, Tucker said, which underscores the differences among black populations in different cities. “If you’re black in New Orleans, you never say that you’re an atheist on camera, ever,” she said. “It’s such a Catholic city — when I interviewed people on camera about atheism, they didn’t know what the word meant.”

Tucker is grateful that her subjects, who are not identified by name, agree to participate. “To be honest, I don’t know that I would do what I ask people to do,” she said.

Each episode of the series has garnered thousands of views on YouTube, and the show has been covered by outlets including Time, The Huffington Post and The Root. The series has generated more online buzz than other Black Public Media shows, which has helped the organization promote its other offerings, Ugbode said.

PBS is supporting the series with distribution through its website and mobile platforms. The PBS Digital Studios YouTube channel will soon begin featuring Black Folk Don’t alongside its other popular web series after Black Public Media improves closed captioning and cleans up some of the participants’ profanity.